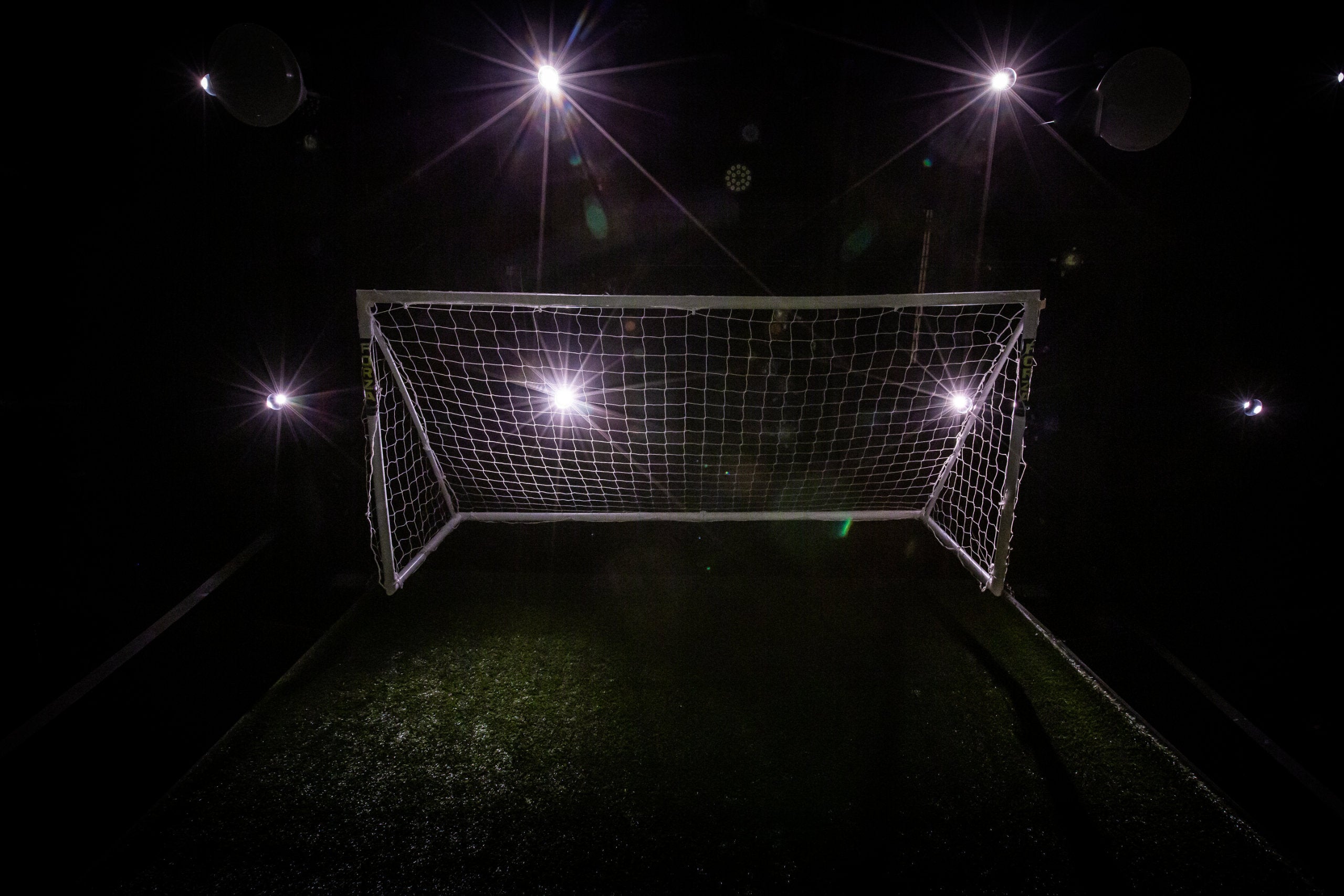 URI Theatre’s 2019 production of Sarah DeLappe’s Pulitzer Prize-nominated “The Wolves” tells the story of nine female high school soccer players over the course of a season that culminates in tragedy. “The Wolves” offers an intimate and unvarnished view of who teenage girls are when not in the company of hovering adults, says Director Rachel Walshe. “They are fierce athletes, devoted friends, and mortal enemies,” she says. “They are a tribe. They are a pack. And we are on their turf.”

Students at URI have a say in what the department will stage in any given season. Their choice of “The Wolves” was significant both for the lack of any male acting roles, in particular, and the small cast in general.

“In ‘The Wolves,’ there are ten actors in that play. Ten actors and that’s all we see,” says David T. Howard, chair of the department. “But there are maybe 25-to-30 people that have impacted that production that no one ever knows.”

These are the students who work behind the scenes—building, lighting, staging, dressing, running, designing, producing, directing, and managing the production. They, too, are a tribe, and this is their turf. 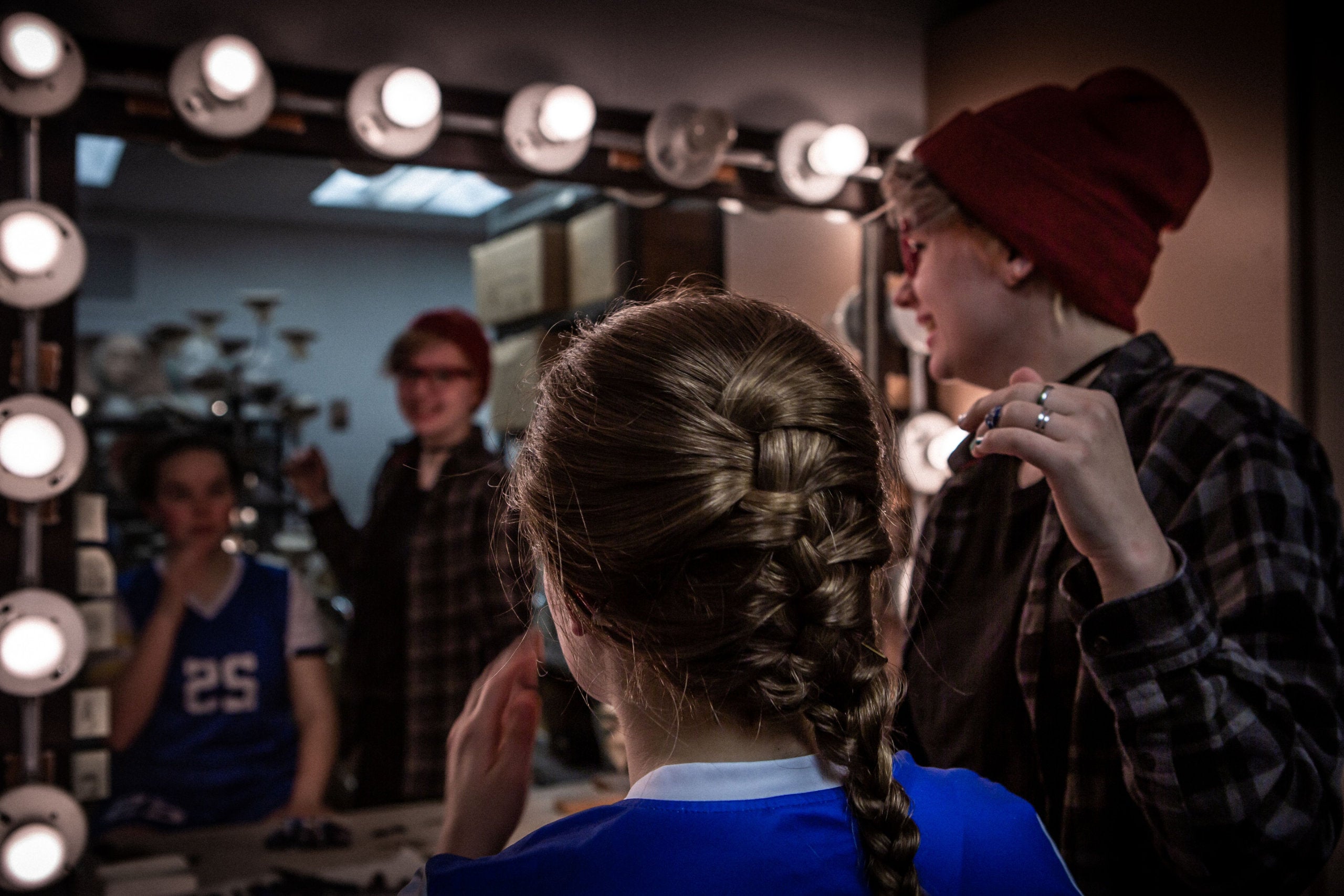 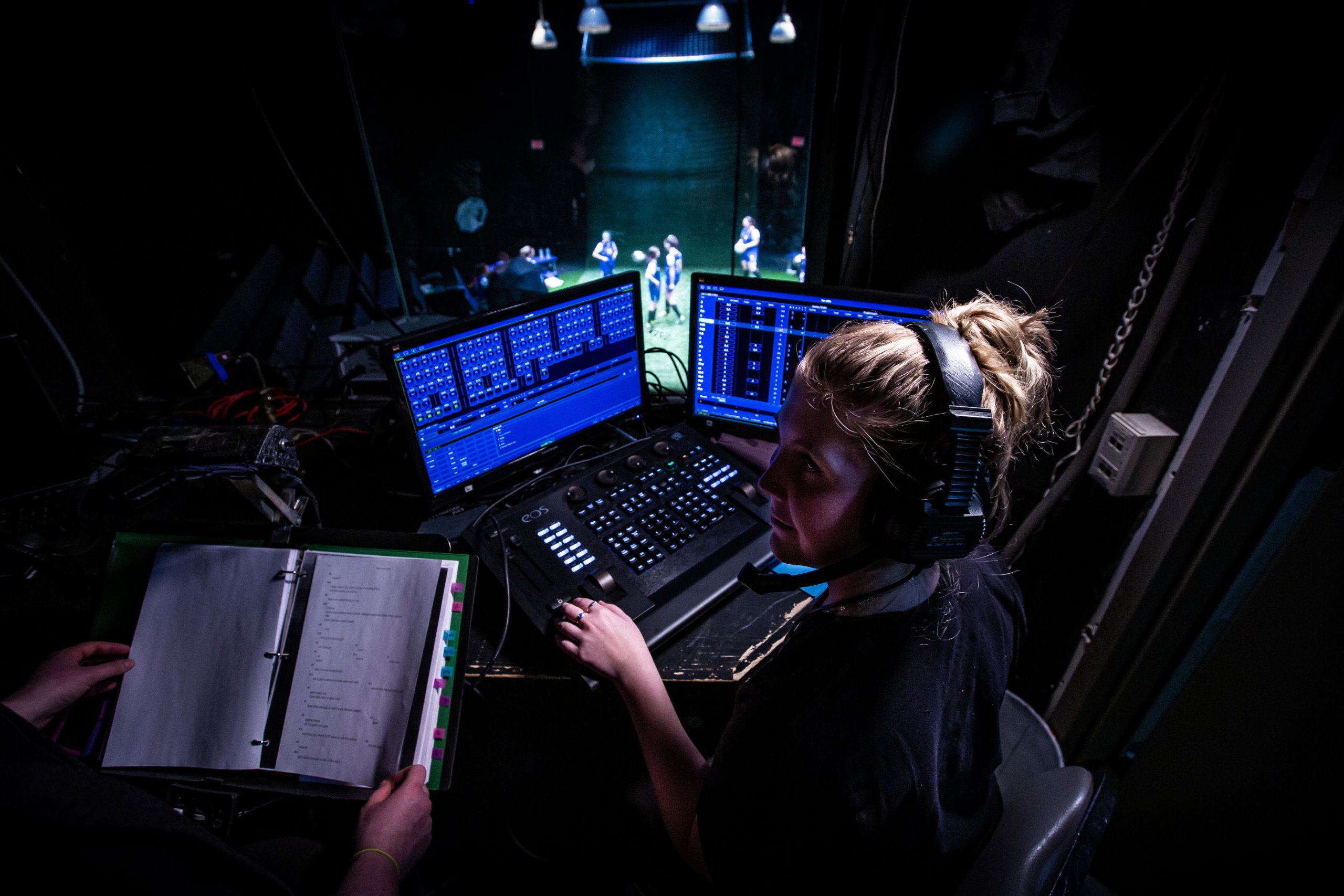 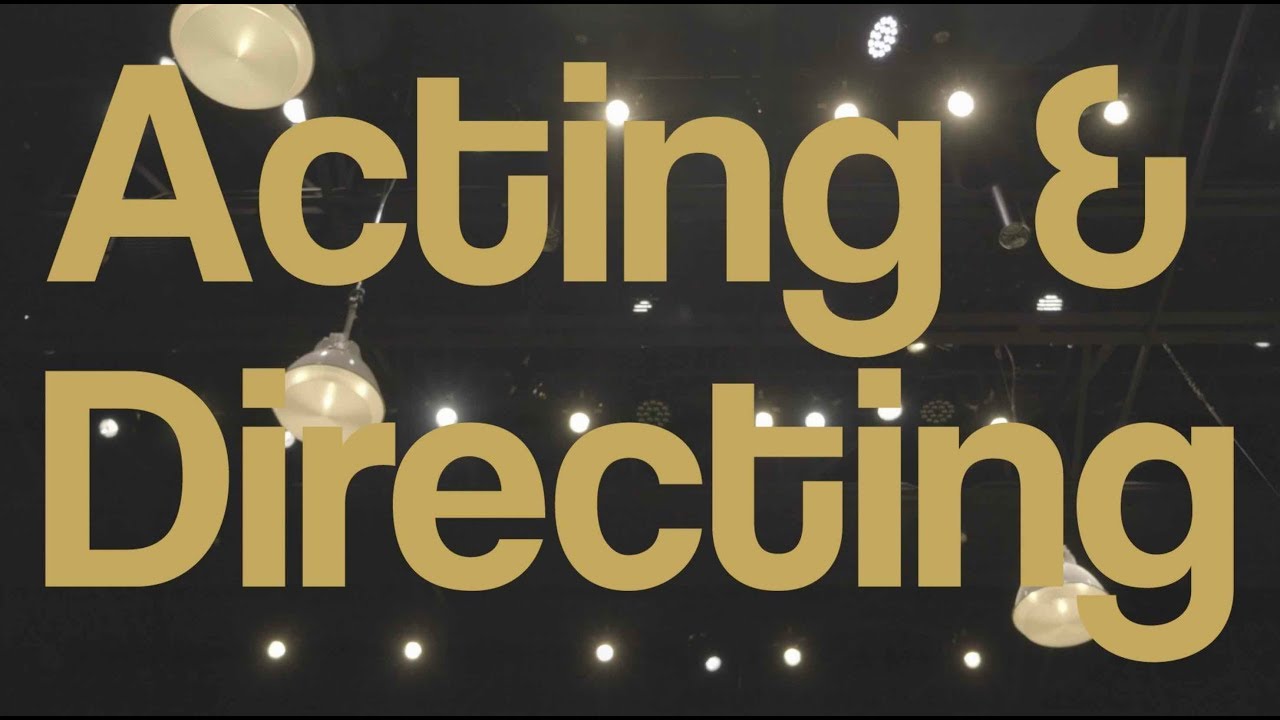 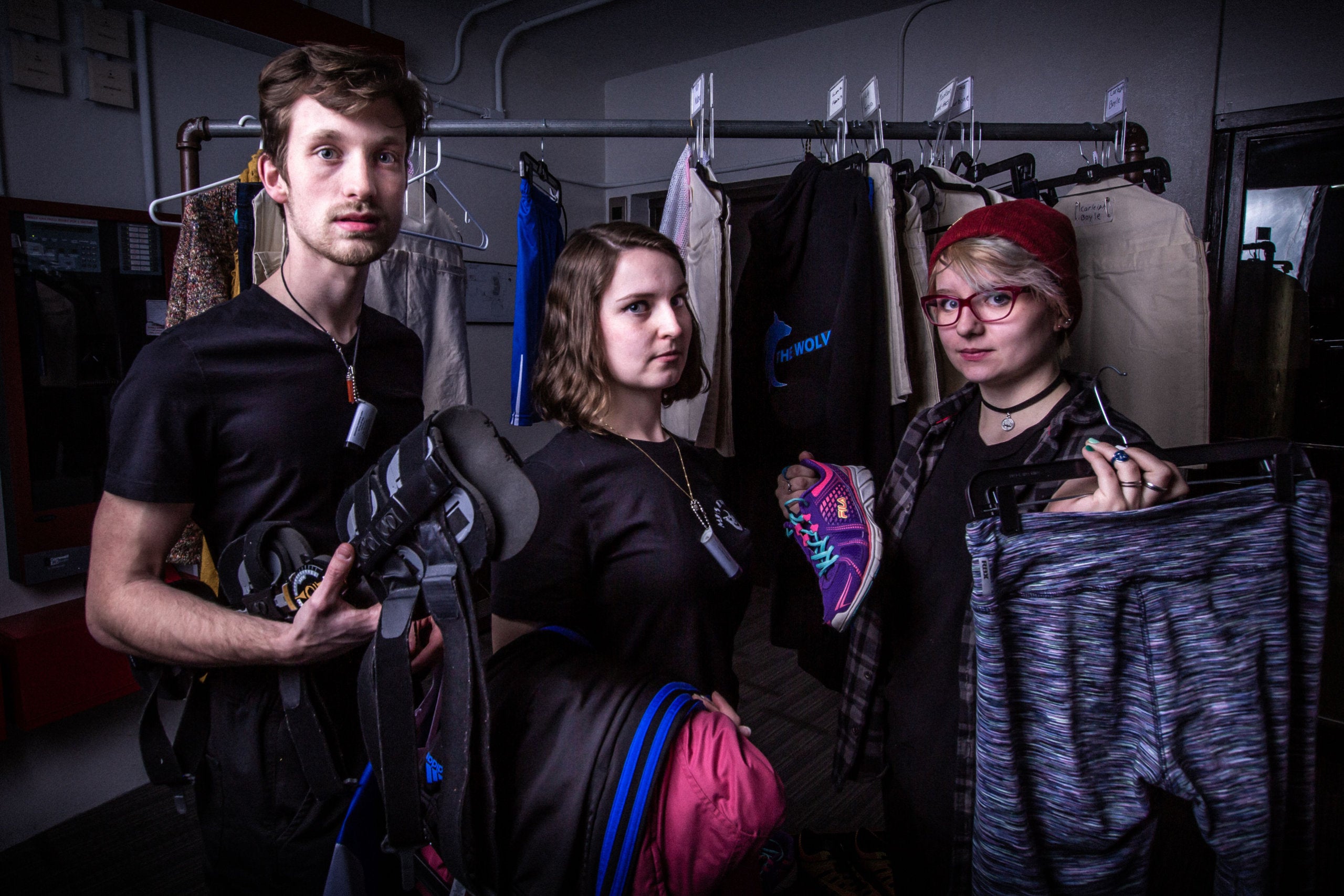 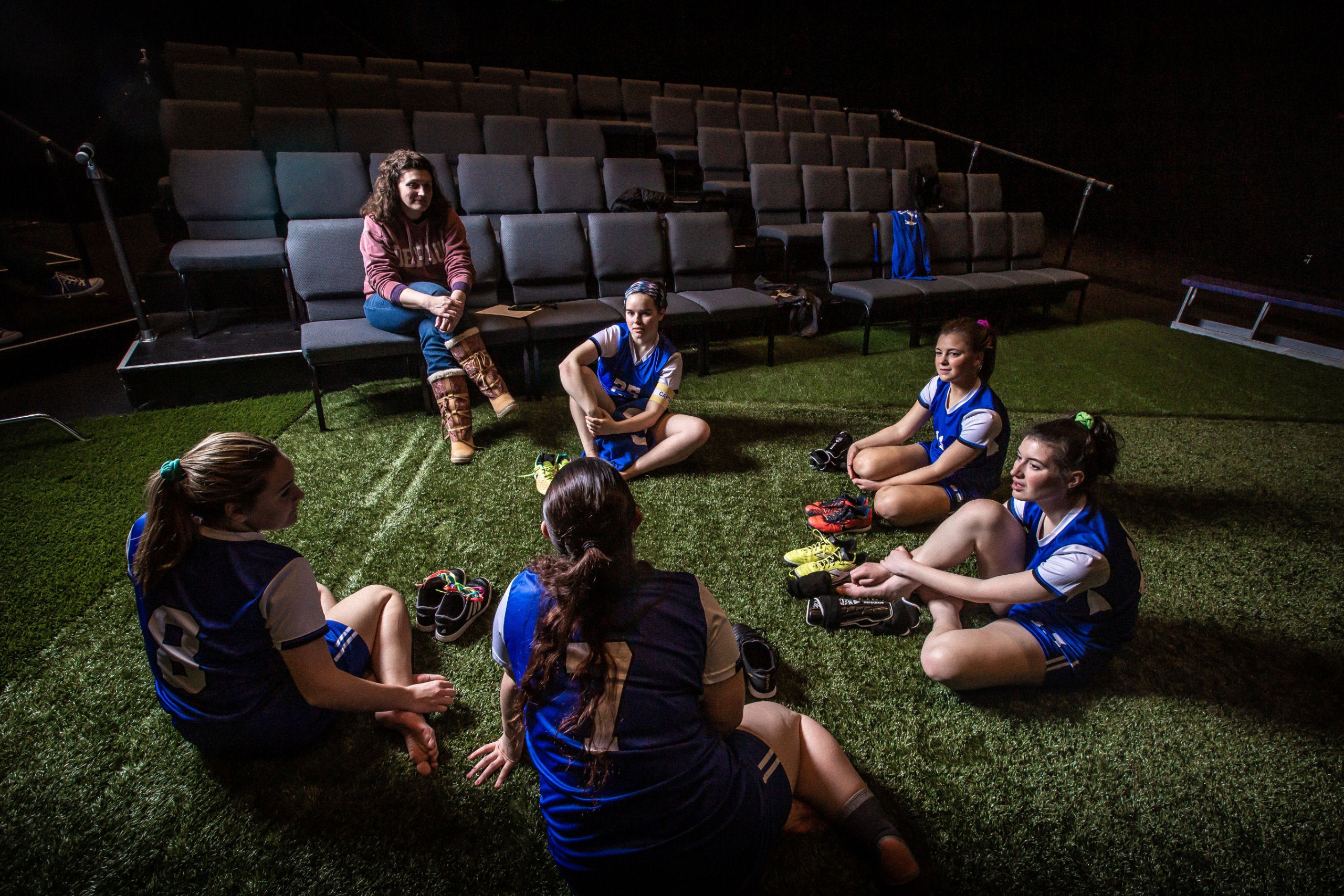 The cast of “The Wolves” gets post-performance notes from Director Rachel Walshe. 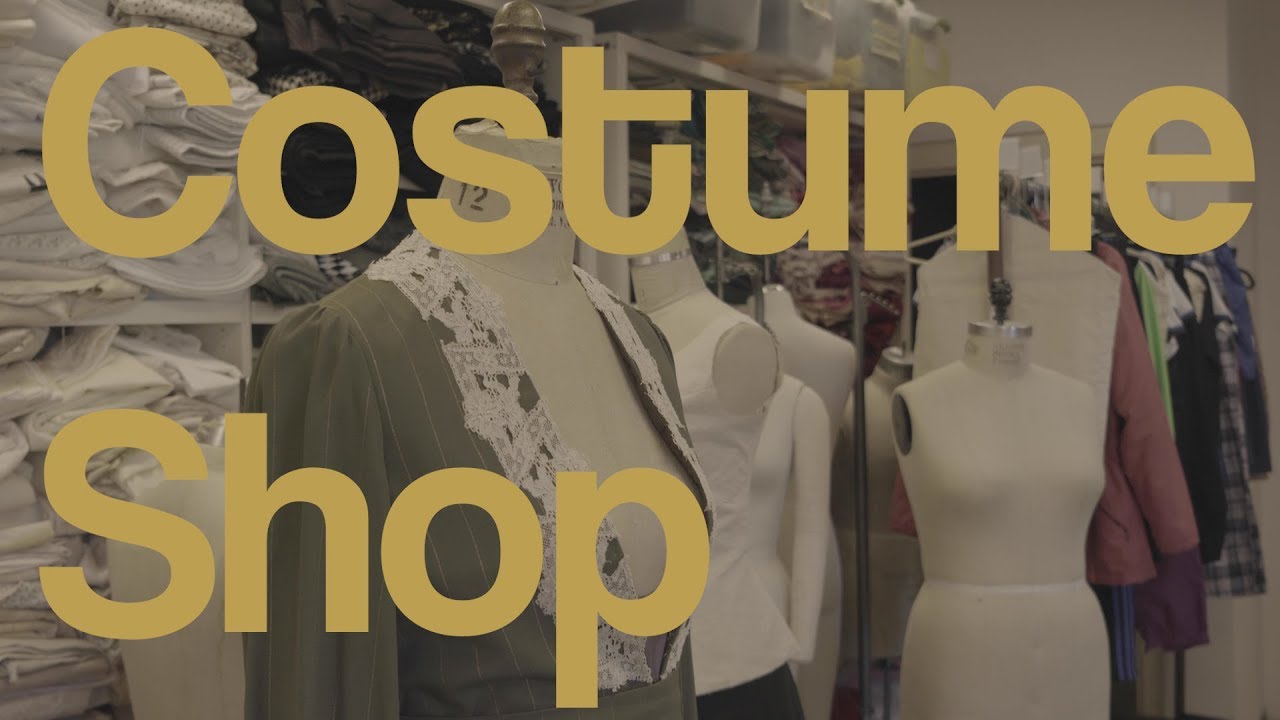 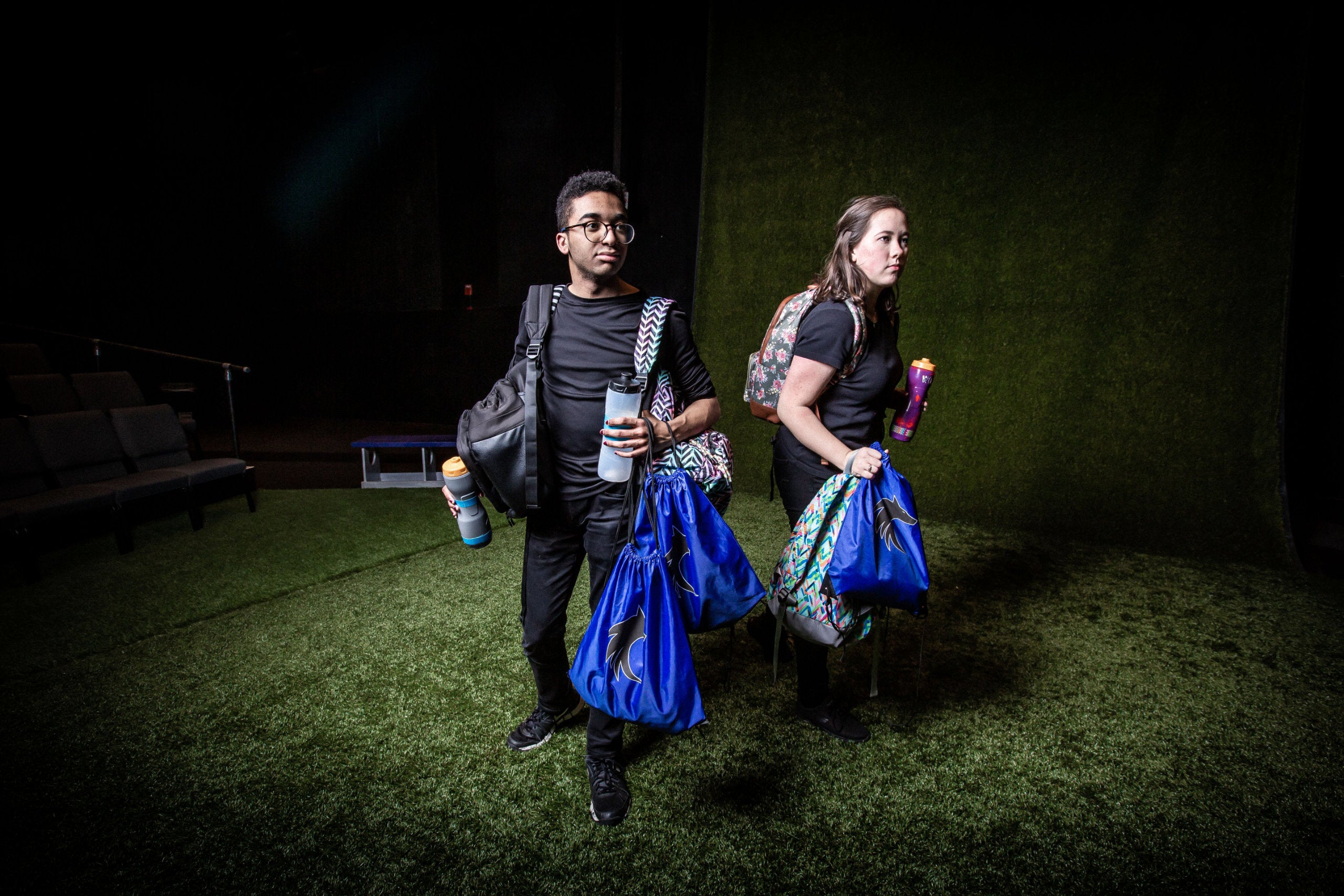 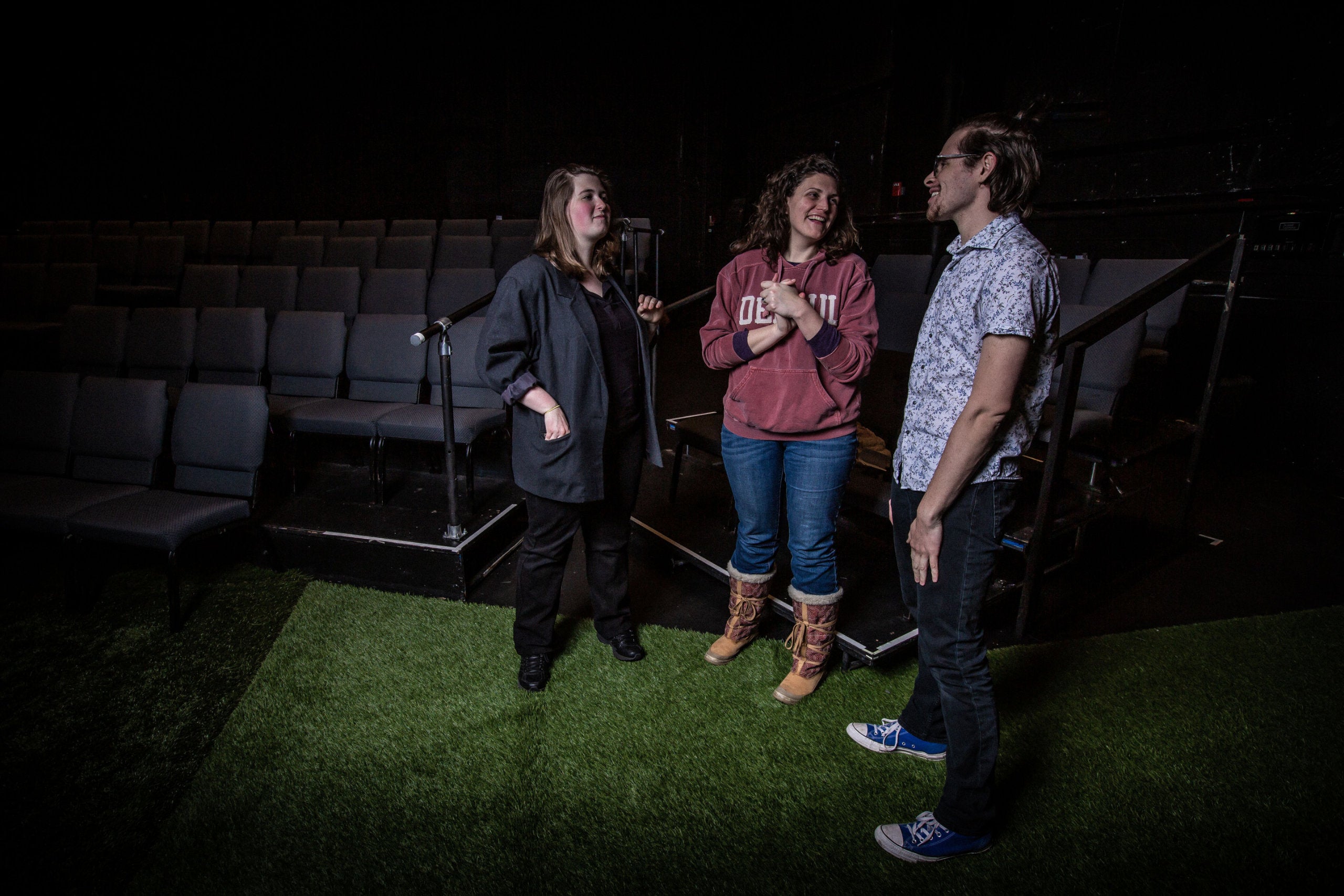 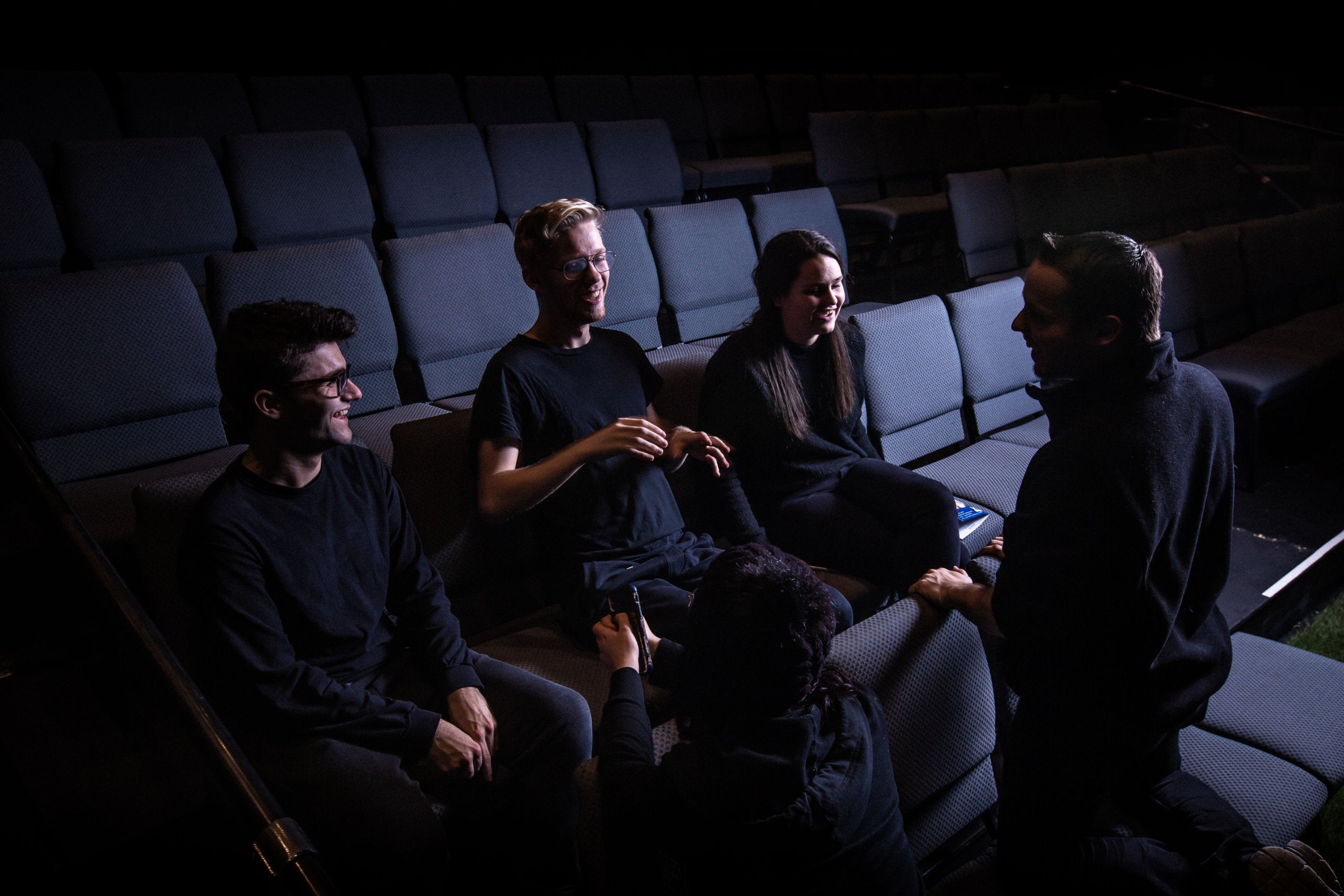 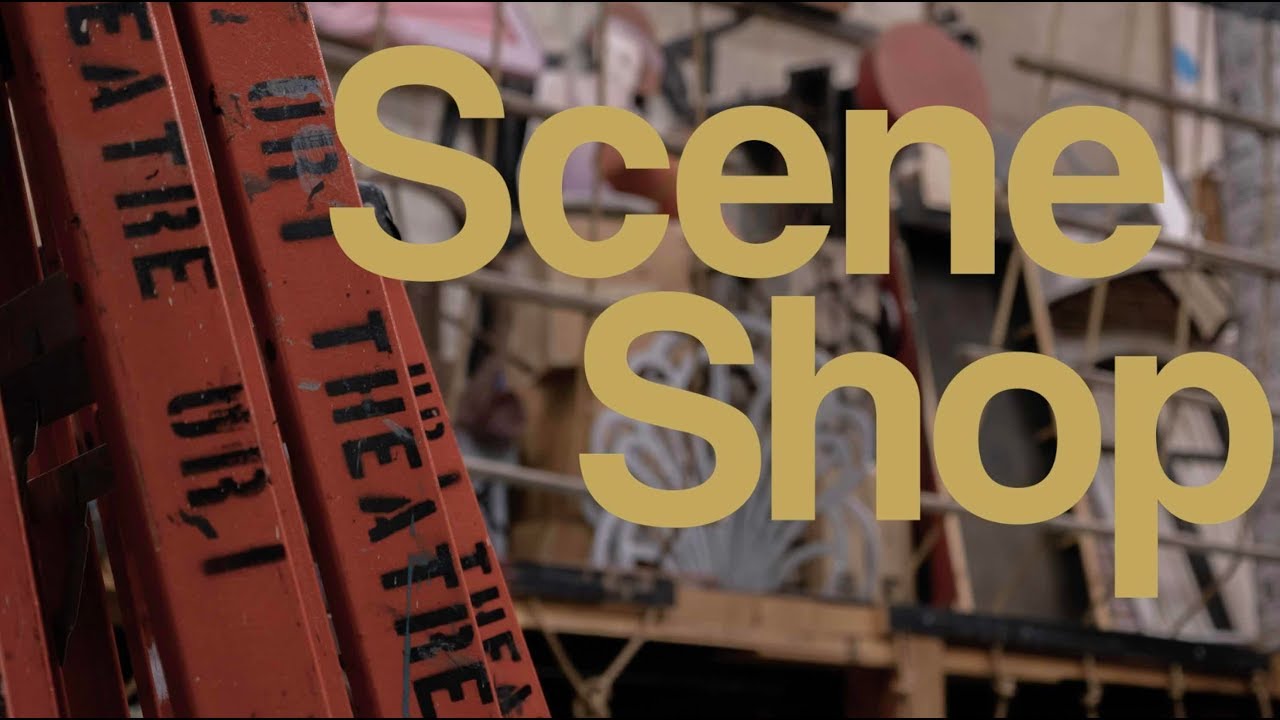