Light streams through the walls of glass and into the enormous expanses of open space in the new 190,000-square-foot, six-story Fascitelli Center for Advanced Engineering, which officially opened on Monday, Oct. 7. 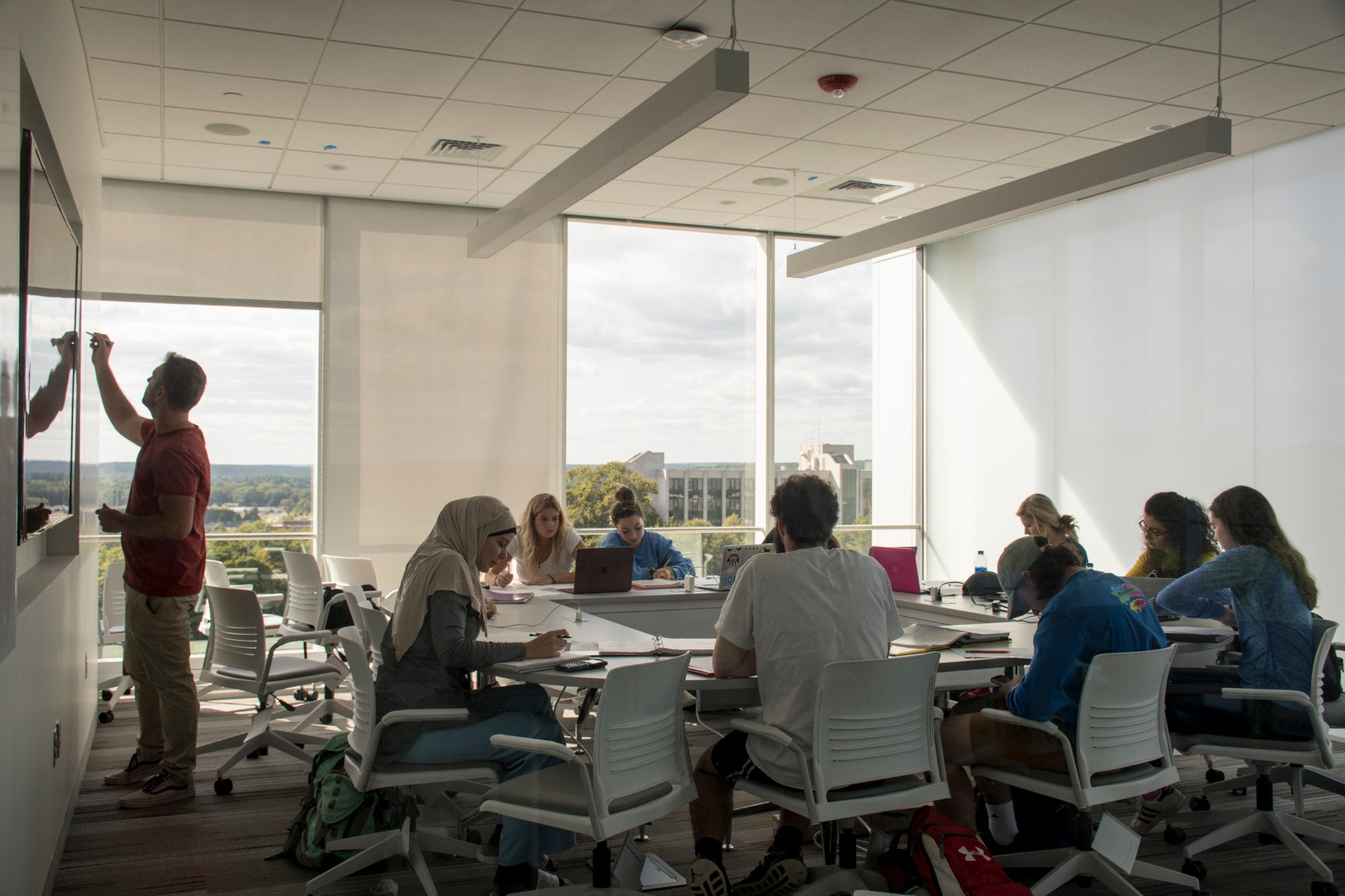 All of that open, light-filled space is the centerpiece of the building’s design, which University leaders saw as a way to enhance collaboration among faculty and students across all engineering disciplines.

The celebration marked a momentous day in URI history and a way to thank Rhode Islanders for their support of bond issues totaling $150 million to construct the Fascitelli Center and to expand and renovate Bliss Hall, the historic home of engineering at the University.

Michael D. Fascitelli, a 1978 graduate of the College of Engineering and a 2008 honorary degree recipient, and Elizabeth C. Fascitelli, made a $10 million gift in July to benefit the engineering college. Fascitelli credits Dean Raymond Wright’s vision of bringing the College’s departments together as the driving force behind the building design.

“Science as a whole has become so much more interactive and the world is changing at such a rapid pace,” said Fascitelli. “You really need that cooperation between disciplines.”

The Fascitelli Center and the improved and expanded Bliss Hall, which first opened in 1928, will strengthen the College of Engineering’s leadership in the areas of clean energy, nanotechnology to robotics, cybersecurity, water for the world, biomedical technology, smart cities, and sensors and instrumentation.

“With the opening of The Fascitelli Center and Bliss Hall, students can be educated differently, and researchers can collaborate more easily across disciplines,” Dean Wright said. “This building is designed not just to advocate for, but to stimulate interdisciplinary connections and discovery.”

Learn more about the new Fascitelli Center for Advanced Engineering.