Student in Professor Paton’s Field Ornithology class releases a thrush into the nearby forest.

For most students, it was the first time they had ever held a wild bird, and it was an experience they would not soon forget.

Students in this major study the natural sciences and principles of managing wildlife populations and their habitats. An accelerated B.S./M.S. program is available, enabling a student to complete both degrees in 5 years.

Nearly two-dozen students in Professor Peter Paton’s Field Ornithology class were gathered in a socially distanced circle around their professor, watching him hold a thrush in his hand. He quizzed his students about bird anatomy and identification. Then, after noting feather types, preferred foods, migration routes and other details, he handed the bird to a student to release into the nearby forest.

He repeated the process until every student had released a bird.

It’s easy to get hooked on birds at URI. Between the weekly field trips for Professor Paton’s ornithology class, the numerous opportunities to conduct hands-on research with birds, and the University’s Kingston Wildlife Research Station, where thousands of birds have been captured, banded and released every fall for more than 60 years, anyone yearning for some wildlife experience can easily be satisfied.

Justin Moore is one of them.

The URI senior had always had a keen interest in working with wildlife, so last summer and fall he conducted field studies of one of the Ocean State’s most unusual birds, the American woodcock, sometimes called the timberdoodle. The softball-sized bird with a long flexible beak does what Moore calls a “wobble dance” by rocking back and forth from one foot to another, a behavior that scientists can’t quite explain. 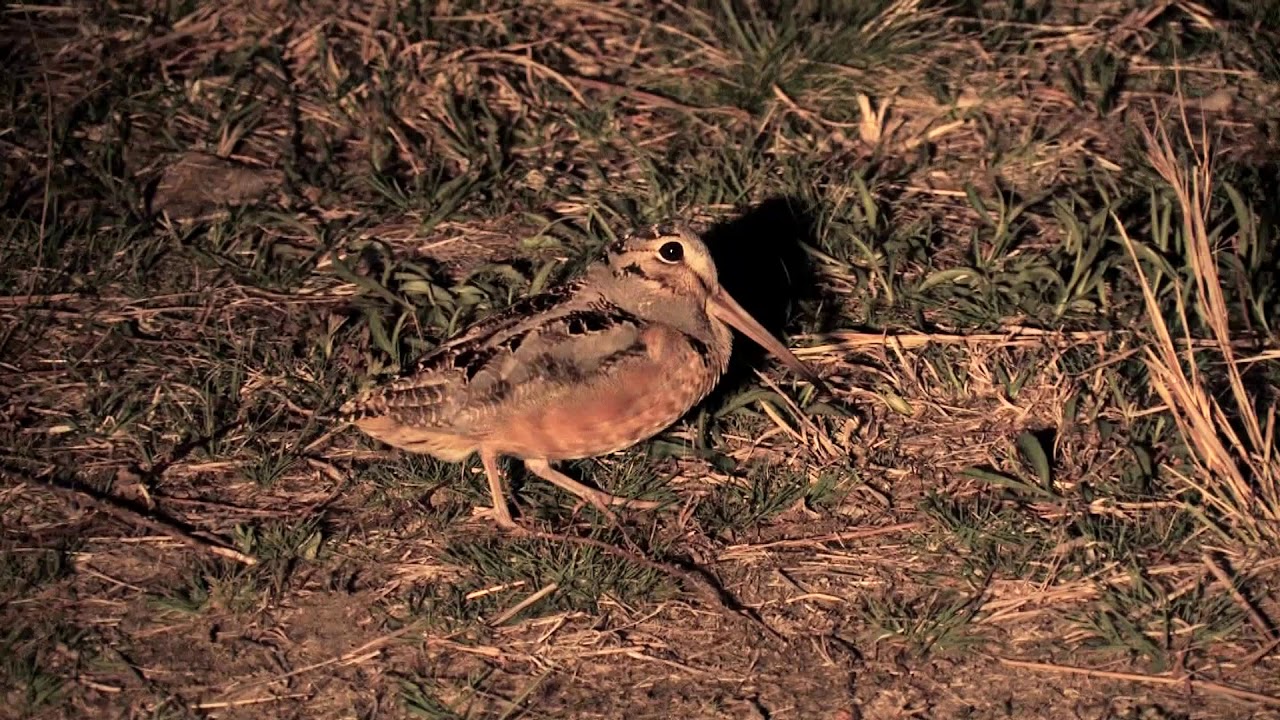 “I saw them do it just once, and it’s pretty cool,” said Moore, a wildlife and conservation biology major. “It might be a feeding behavior to stir up the soil to see if there are worms around.”

Moore spent most of his time capturing and tracking the movements of nesting woodcock in Arcadia Wildlife Management Area to document their home range, activity patterns, distribution in the area, and habitat preferences. Each day he used radio telemetry to home in on birds that had been tagged with a tracking device that could be detected with a special antenna.

“They’re really well camouflaged, so sometimes we’d get within 10 feet of them before they startled us by flying off,” he said.

Professor Scott McWilliams leads the woodcock project and also studies the physiology of bird migration. He says that “migration takes guts” because birds increase the size of their digestive system in preparation for migration, reduce it while migrating, and increase it again when they stop to refuel. Numerous students have helped him conduct field and lab studies to advance this work.

The research conducted by Professor Paton and his students, on the other hand, has focused on the ecology of a wide variety of species, from sparrows to shorebirds. They are also working to determine the potential impact of offshore wind turbines on migrating birds.

Thanks to the numerous opportunities students have for hands-on learning about birds—including internships at the nearby national wildlife refuge—dozens of URI graduates have made birds and bird conservation their career and are contributing to the growing knowledge base of bird biology and ecology.