“In God We Trust,” “God Bless America,” and “One Nation Under God” all point to the continuing impact of religion on the American public square. 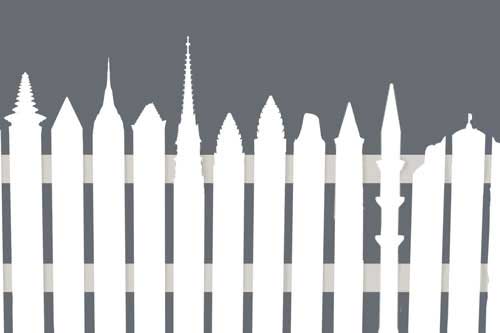 The 'Religion in America' lectures are held in Edwards Hall, Tuesdays at 7 p.m., Sept. 17 through Dec. 10, and are free and open to the public. Many of the lectures will be live-streamed.

A 2014 survey conducted by the Pew Research Center found that 89 percent of Americans professed “belief in God or a universal spirit,” the highest percentage in the developed world. Pew has also found that people in America who are deeply religious are happier, while also noting that individuals are leaving organized religion in record numbers while still calling themselves deeply spiritual.

The University of Rhode Island will address the contributions, conflicts, trends, and complexities of faith and spirituality in the nation and their influence on public life when it launches the 56th edition of its annual Honors Colloquium, “Religion in America.”