The winning photos, taken by URI researchers and scholars, represent a range of disciplines—from oceanography to journalism. Winning entries include work by undergraduate and graduate students, as well as faculty, and they reinforce that time-tested adage: “A picture is worth a thousand words.” 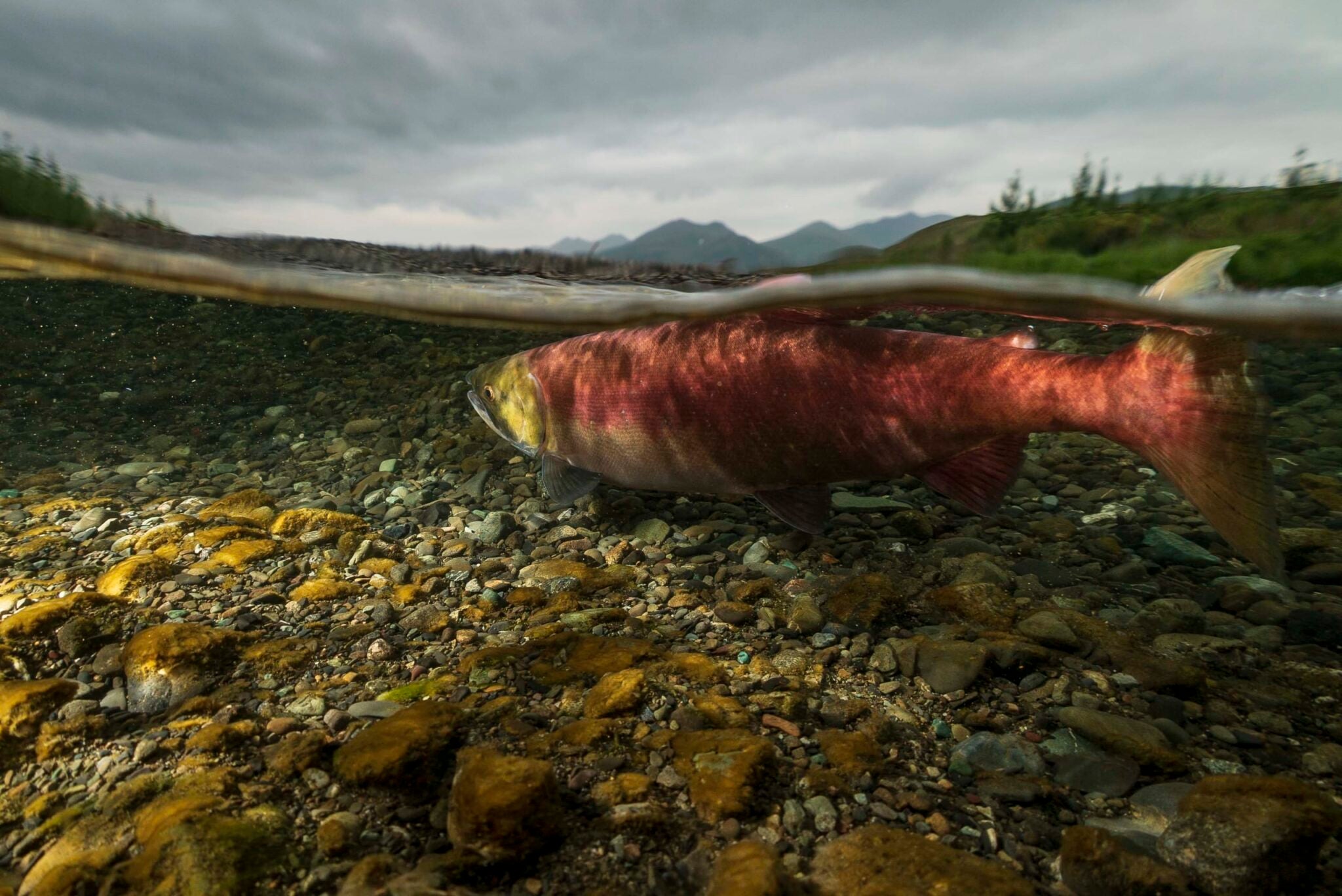 Jaacks, an assistant professor of multimedia journalism at The Harrington School of Communication and Media took first place for his photo, “Migrating Sockeye.” Bristol Bay, Alaska, is home to the most productive wild salmon fishery on the planet. Every year, millions of salmon return to the pristine watersheds of western Alaska to spawn on the Kanektok River. This photograph is part of a long-term visual research project that investigates the conservation status of Pacific salmon across their range. The photographs are being built into an archive documenting challenges to salmon populations, including the effects of dams, climate change, commercial and recreational fisheries, mining, logging, and agriculture.

“Coming Up for Air” was taken during a free dive at a Westerly, Rhode Island quarry. French says that at a certain angle, amazing abstract reflections can be achieved using the surface of the water. A marketing major also pursuing a photography minor, French says he attempts to capture special moments in nature. This shot is part of his documentary portfolio of work.

McMahon took this photo of a gentoo penguin during an NSF-funded research cruise to the Antarctic last spring to study how warming waters and disappearing sea ice are affecting the food webs supporting krill predators in the Southern Ocean. Here, the penguin leaps off a floating iceberg into the frigid waters of Mikkelsen Harbor in the Antarctic Peninsula. Penguins are “canaries in the coal mine,” often indicating the health of the ecosystem.