The statement recognizes and pays tribute to the people who lived on and stewarded the land on which the University now resides. The statement seeks to show gratitude and respect to Indigenous people and cultures and build community with the Narragansett Nation and other Native American tribes.

The University of Rhode Island occupies the traditional stomping ground of the Narragansett Nation and the Niantic People. We honor and respect the enduring and continuing relationship between the Indigenous people and this land by teaching and learning more about their history and present-day communities, and by becoming stewards of the land we, too, inhabit.

How to use the statement

The University of Rhode Island land acknowledgment should be presented in its entirety when used in formal publications or at events hosted on University campuses. It should not be altered or amended. In email signatures or where space limitations do not allow for use of the full statement, it is permissible to use just the first sentence of the statement, but no other alterations should be made.

When to use the statement

Who may use the statement

The land acknowledgment should be read with intention and purpose, and in a manner that communicates its significance. The statement may be read by any person who treats it with sincerity and respect.

Questions regarding the land acknowledgement and its use should be directed to Sean Edmund Rogers, vice president for community, equity, and diversity, at rogers@uri.edu. 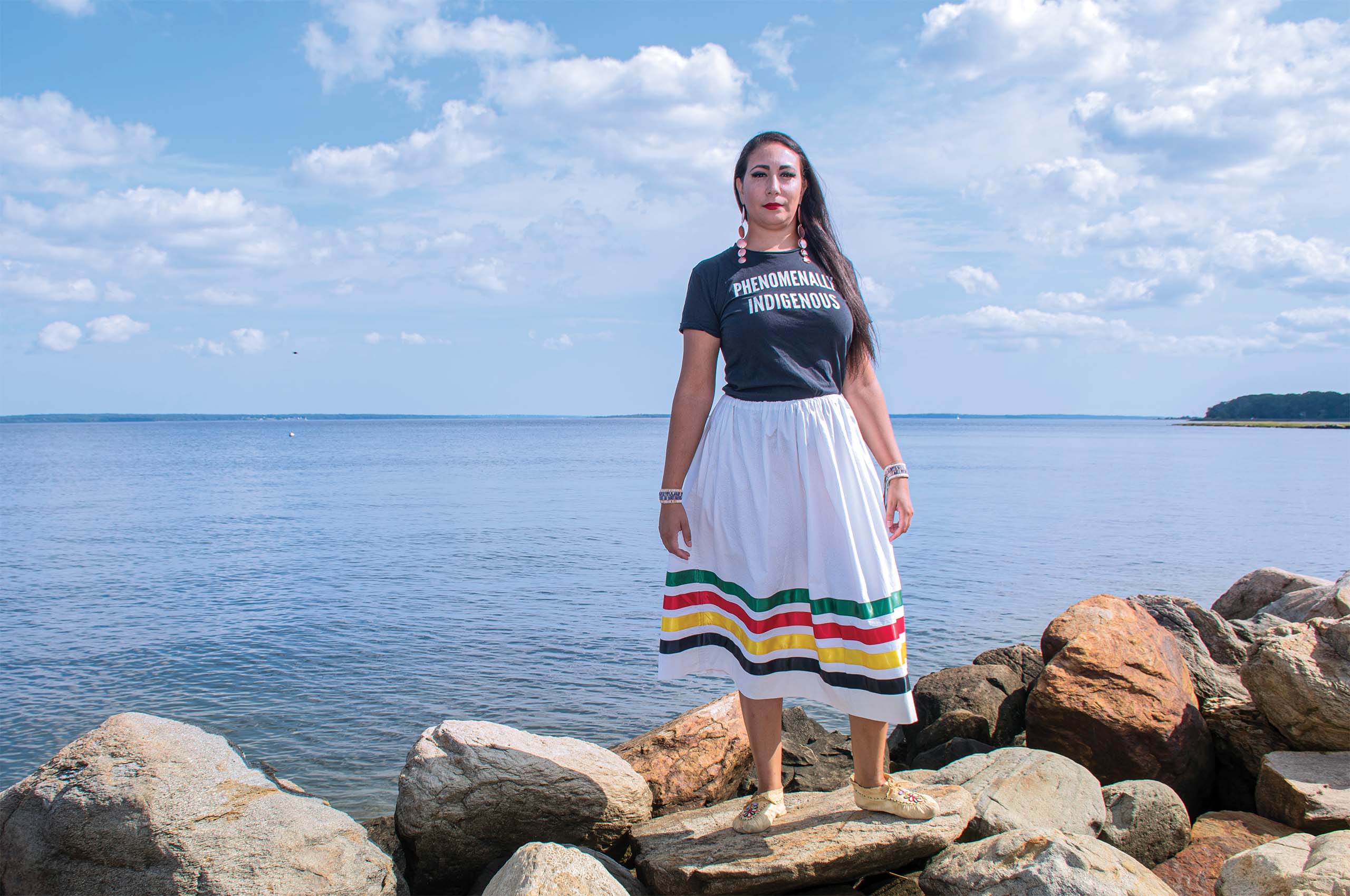 Keeper of Her Culture 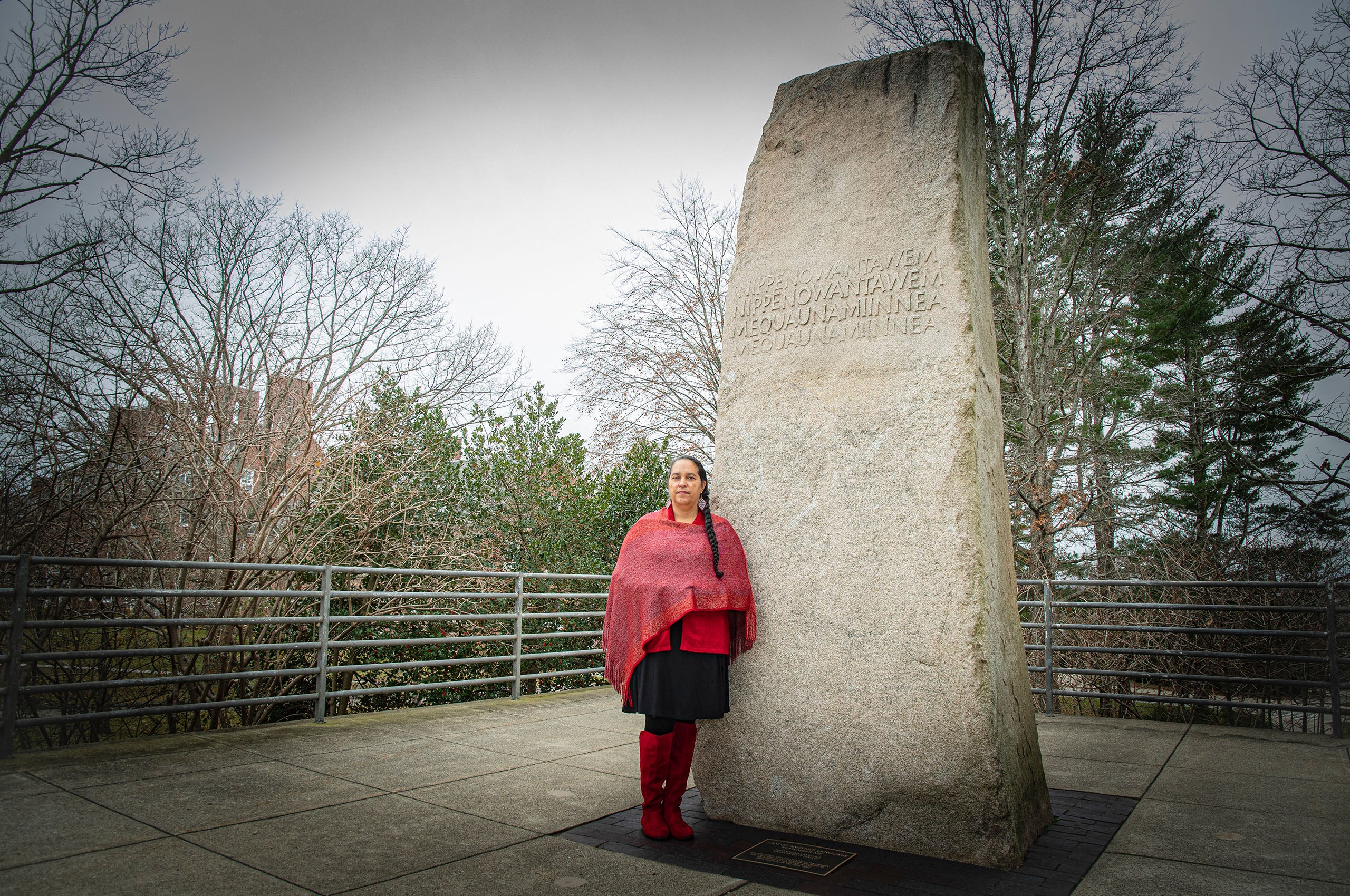 A Walk Through Time

A new multidisciplinary course illuminates historical inequities about the land on which the Kingston campus sits. 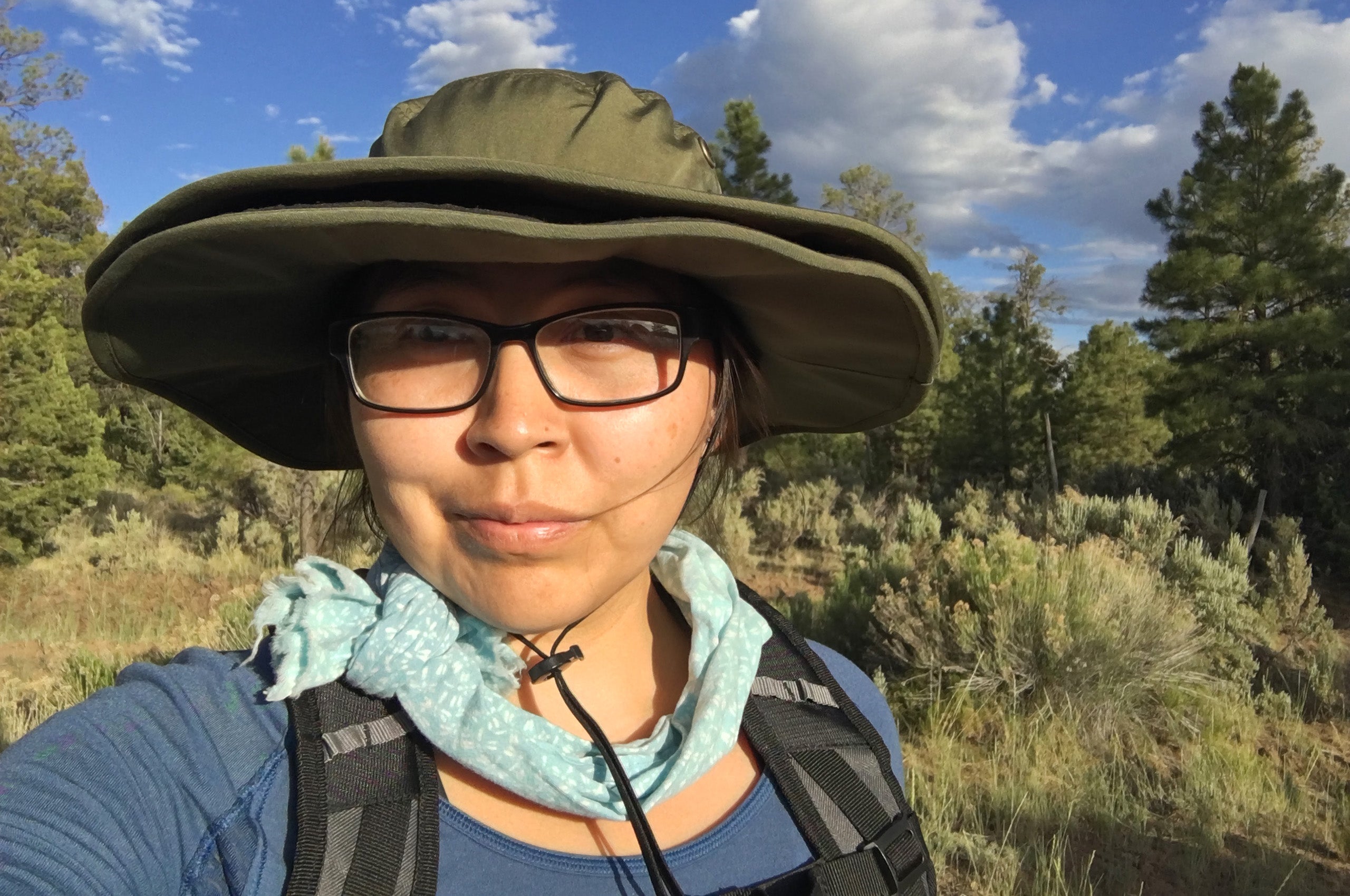 As a child, Rhiannon Sorrell MA, MLIS ’14 would sit with her grandmothers, weavers, as they worked at their looms, creating from a place of pure inspiration.