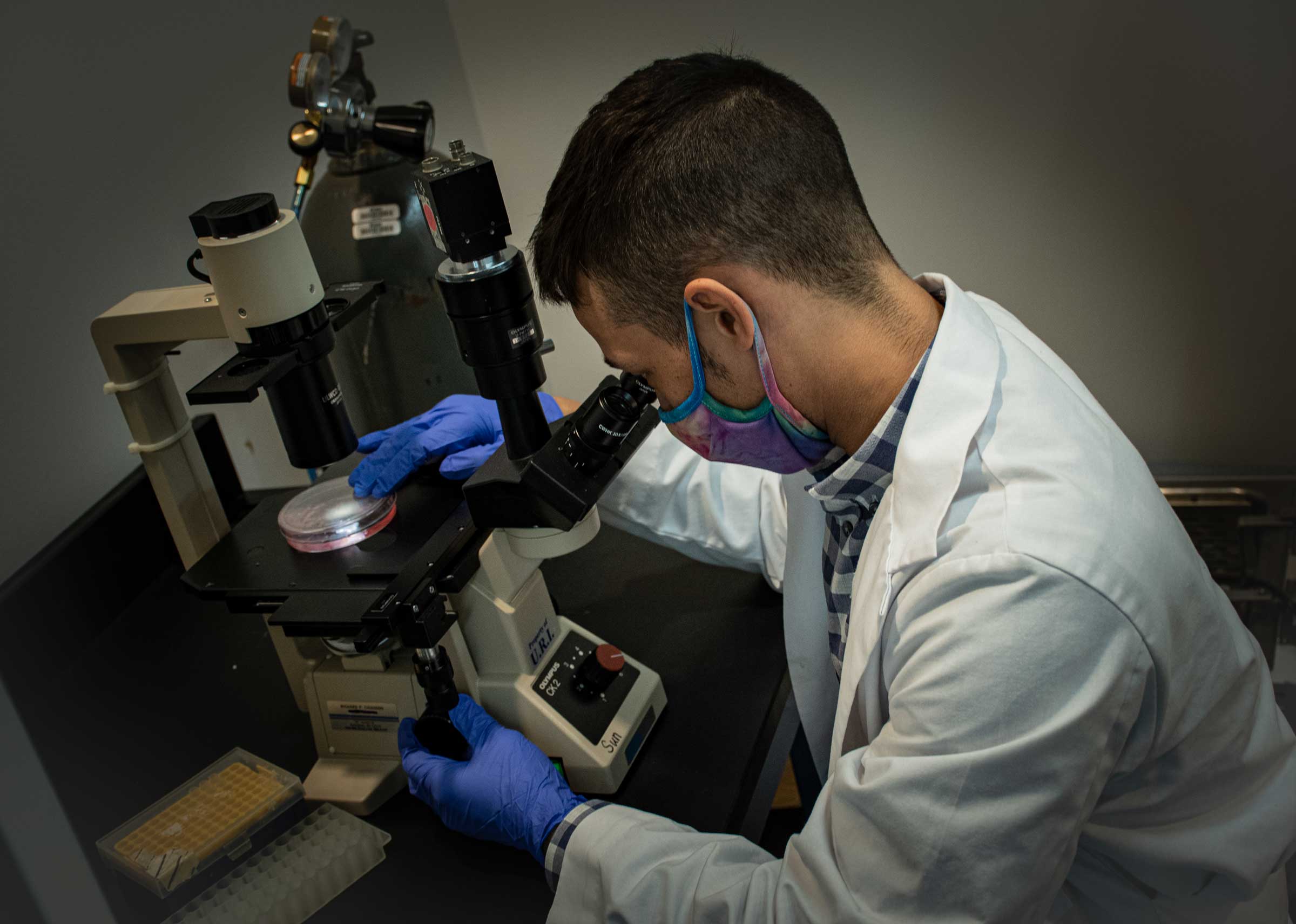 Avery McNamara ’21 is one of the first URI students in the MARC U*Star program, designed to engage underrepresented students in biomedical research.

As a high school student, Avery McNamara ’21 looked ahead with plans to pursue a pre-med track in college.

“I always excelled academically, but then life happened, and I had to make some sacrifices,” he said. “My college path was derailed because I had to work three jobs to support myself.” 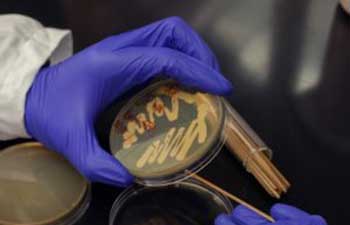 One of the goals of the MARC U* STAR program is to create a community of student scholars who will enjoy a strong sense of belonging within the biological and biomedical research community.

When McNamara enrolled at URI, he decided on two majors—cell and molecular biology and Spanish. It was a good fit. Before long, he was the vice president of the pre-med fraternity, Delta Epsilon Mu, and assisted with laboratory research. And now, thanks to some excellent mentors, hands-on research opportunities, and a new program designed to boost access to scientific research careers among underrepresented populations, he is on a new path, a doctorate, and a career as a research scientist.

McNamara is one of the first four students in a new URI training program, funded by the National Institutes of Health, to increase the number of underrepresented students earning doctorates in biomedical science. Called the MARC U*STAR program—Maximizing Access to Research Careers: Undergraduate Student Training in Academic Research—it places students in research laboratories for two years and offers them summer research internships at prestigious universities around the country.

“I learned that being involved in research doesn’t always mean being in a lab. It just means being curious, being hungry for knowledge, and being open to intellectual challenges.”

Naomi Pajarillo is also among the first group of MARC U*STAR trainees. She had never imagined herself earning a doctorate when she first enrolled at URI three years ago, but she, too, is on her way toward that goal.

“I don’t see a lot of people who look like me among science researchers,” said the cell and molecular biology major. “So I was facing imposter syndrome. I wasn’t sure I belonged here.”

Now she knows she does. Pajarillo spent the summer after her freshman year studying the diseases transmitted by mosquitoes and followed that up with a year of research on a disease that kills oysters. Along the way, she learned the skills necessary to succeed in a microbiology laboratory.

Thanks to the MARC U*STAR program, McNamara and Pajarillo receive $10,000 scholarships and $13,000 stipends for two years, plus additional funds for research materials and travel to conferences. In return, they are working 10-to-15 hours each week in biomedical research labs while attending classes.

Last summer, they also participated in research internships at other universities— held virtually due to the pandemic—to gain additional experience and network with prominent scientists and fellow minority students.

Pajarillo conducted statistical analyses for a Michigan State University study to determine whether males and females with asthma respond differently to certain allergens in their respiratory system. “It was a nice blend of my passions for biomedical science and intersectional issues in science,” she said.

McNamara worked with a behavioral psychologist at Johns Hopkins University—where he hopes to go to graduate school—analyzing patient data to determine the success of various therapies used to treat those with intractable mental disorders.

“I learned that being involved in research doesn’t always mean being in a lab,” said McNamara about his work at Johns Hopkins. “It just means being curious, being hungry for knowledge, and being open to intellectual challenges.”

University safety guidelines regarding photography and videography adhere to directives from the Centers for Disease Control and Prevention and Rhode Island Department of Health.