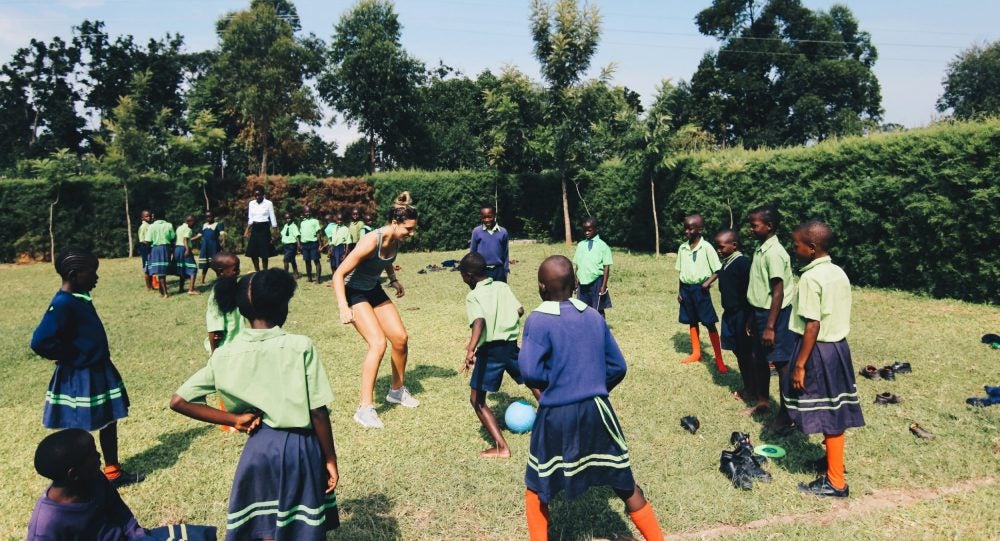 A soccer player from the age of 3, Taylor Ross ’18 credits the sport with, well, everything.

“It’s given me my business. It’s taught me teamwork and accountability and balance. Being a Division 1 athlete, a college student, running a business, having two jobs, having a social life, and being family-oriented was challenging,” Ross said. “But the values that soccer instilled in me enabled me to manage all that.”

And now soccer has made a philanthropist of the 21-year-old.

Ross and her brother Jordan Grosso are the co-founders of the social enterprise Crossbar, a direct seller of soccer goals to colleges, universities, and sports facilities, whose entire profits are being used to construct a school and soccer field in Tumaini, Kenya. Thus far, the company has raised $30,000 of the $100,000 necessary to build the school.

“My brother and I found out a week ago that we can break ground before finishing the fundraising, and that was an inspiring, emotional, we-did-it moment,” Ross said. “We’re really gonna do something amazing.”

The groundbreaking is set to happen before the end of the year. Ross and her brother will return to Kenya for the occasion.

“It’s so eye-opening to go there. You think you’re going to see [children] who are poverty-stricken, sad, hungry, and emotional. But they’re not,” Ross said. “They know a different level of gratitude and appreciate what they have. They’re so much more fulfilled than people here who have everything.”

A recent College of Business grad with a major in marketing, Ross has been an entrepreneur since her high school years when she sold soccer apparel through her company, 11. In her sophomore year, Ross started her second enterprise, Cleats Count, a nonprofit through which she collected 100 pairs of soccer cleats for Ethiopian youth.

It was on a second trip delivering cleats—this time to Tumaini, Kenya— that Ross and her brother had the idea to build schools. They were visiting an orphanage, which had a school on its grounds. The school’s founder told the pair that it would close, as the building wasn’t up to Kenyan code. More than 200 children stood to be displaced.

Ross saw herself in the children. They, too, were smart, driven, and crazy for soccer—though they played the game a bit differently.

“It’s an inclusive culture. There when playing soccer and two kids tackle each other, there’s laughing and one picks the other up,” Ross said. “In America, the result is usually anger and a rivalry comes out.”

In the children, Ross had found kindred spirits and her purpose. She has no doubt this school is just the first of many she and her brother will build. Her business model is simple but strong: premium soccer goals a little lower in price and equal or better in quality than their competitors’ versions. Crossbar is one of only two companies with a product meeting FIFA standards and the only one with a social mission. 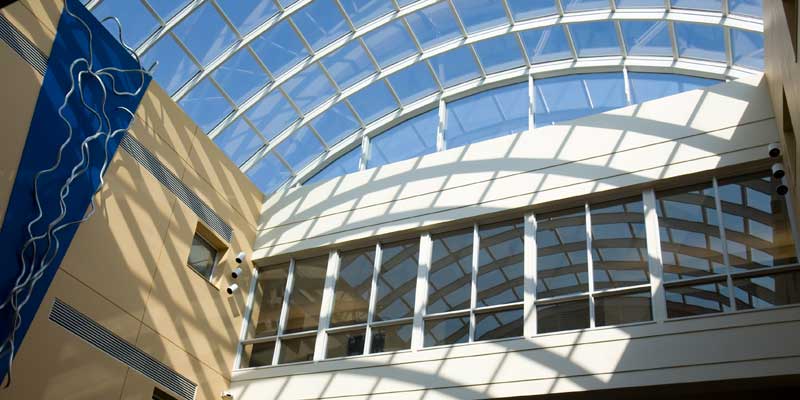 URI's College of Business offers programs that encourage leadership skills, problem-solving, and a spirit of innovation.

“I’m super bad at a number of things,” Ross said. “But the things I’m good at—I’m almost at mastery. I have vision; I flourish creatively, and I know I’m a leader.”

Ross keeps a scrapbook with her at all times. It is black with only the word “Taylor’s” written on its cover. She calls it her idea book. Inside its pages are a list of Swahili vocabulary words, pictures, clippings, logo sketches, speeches, “business-related things learned at URI”—notes on a life. The book is so chock-full it strains its spine’s binding.

If past is prologue, she’ll be needing another one or 100 in the coming years.