Skip to content
COVID-19 updates: Fall semester preparations
About the Blue Minds seriesAuthor and scientist Wallace J. Nichols argues that those who experience “blue mind” — an at-homeness in the ocean — should share their experiences for the good of humankind and the planet. At URI, we get blue mind. The ocean is our workplace, our playground, and our sacred space. Our love of the sea is a net gain for science, engineering, literature, art, and the environment. Maybe even humanity itself.

When I’m in the water, my breathing, whether I’m free diving or scuba diving, is so apparent to me, and my mind is absolutely connected to it. You are in that present moment. 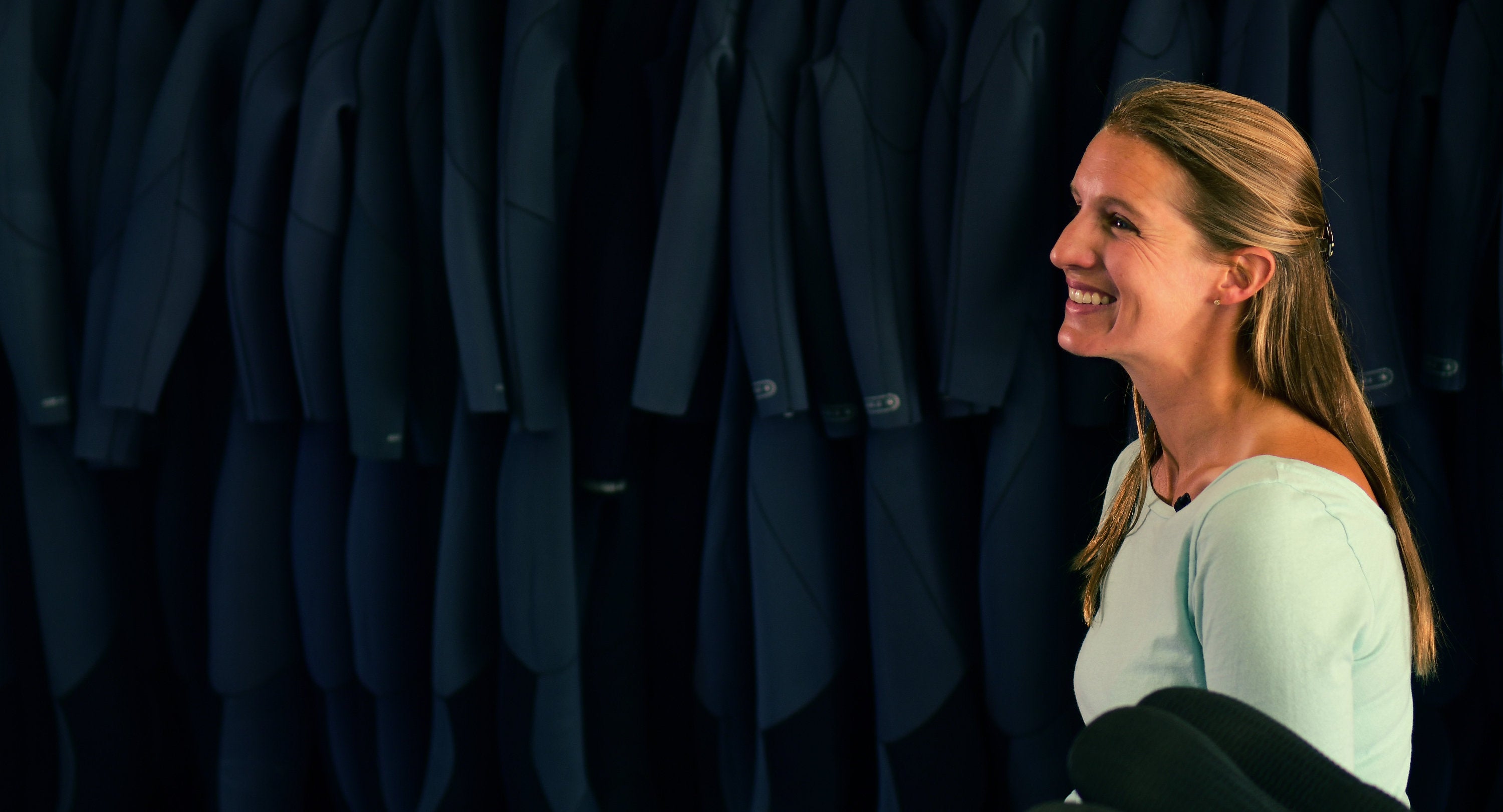 She’s drifted in the wake of dolphins, swum with sea lions, tagged sharks, and caught fish threading through her hair.

Anya Hanson’s ocean is a world of wonders.

Hanson, the University of Rhode Island’s diving safety officer, has been supervising diving operations since 2012. The Diving Safety and Research Program at URI is divided into two components: academic and research. The academic side of things includes entry-level recreational instruction as well as research diving instruction. The research component involves not only instruction but also support for research at the university. Hanson focuses on the research aspect.

Hanson began diving at 14. Her brother had gotten certified, and her parents wanted to try it. Hanson was game, too. Already a swimmer, springboard diver, and sailor, Hanson said she was panting and out of air within five minutes of her first dive. But she persisted. Once in college, Hanson fully committed—studying marine biology and “getting into the meat of scientific diving and research.”

For a year after college, Hanson traveled the world as an Our World-Underwater Scholarship fellow. Sponsored by the Rolex corporation, Hanson studied marine biology in London and then Egypt, diving in the Red Sea and learning the art of underwater photography and film while participating in a number of research projects. Hanson earned a master’s in oceanography and worked in research diving at the Smithsonian. URI’s lure, she said, was the chance the position offered to merge her interests: diving, instruction, and research. 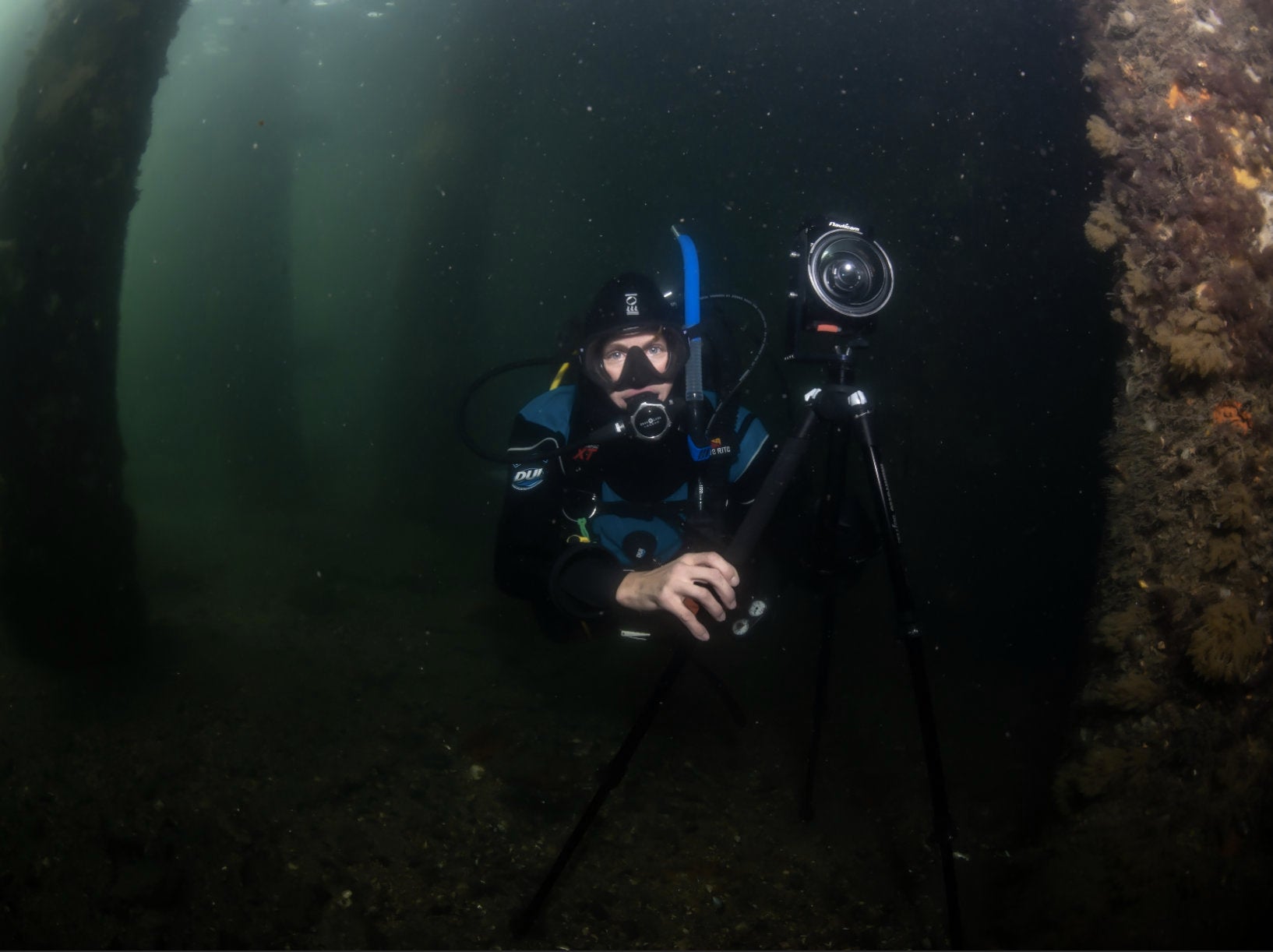 “Initially, diving was just a way to access the underwater environment and to be excited about the beauty around me. It’s very foreign when you think about it,” Hanson said. “I went from enjoying the beauty of the marine life to experiencing an emotional feeling where my breathing matched exactly where my focus was with my mind. I was able to find a true sense of peace and calm.

“And then as I progressed in my career and got involved in instruction, it evolved,” Hanson continued. “I became inspired by the excitement of the divers I was teaching as they saw the underwater world for the first time.

“Some of my happiest moments have been underwater, some of my most inspiring moments, as well. In general, it’s a feeling that overcomes my body,” Hanson said. “It’s a feeling of pure peace—something we don’t get in this day and age where we’re constantly bombarded with texts and social media and email. Being in the water puts all of that aside and makes you come into that present moment.

“I want to give students similar experiences,” Hanson said. 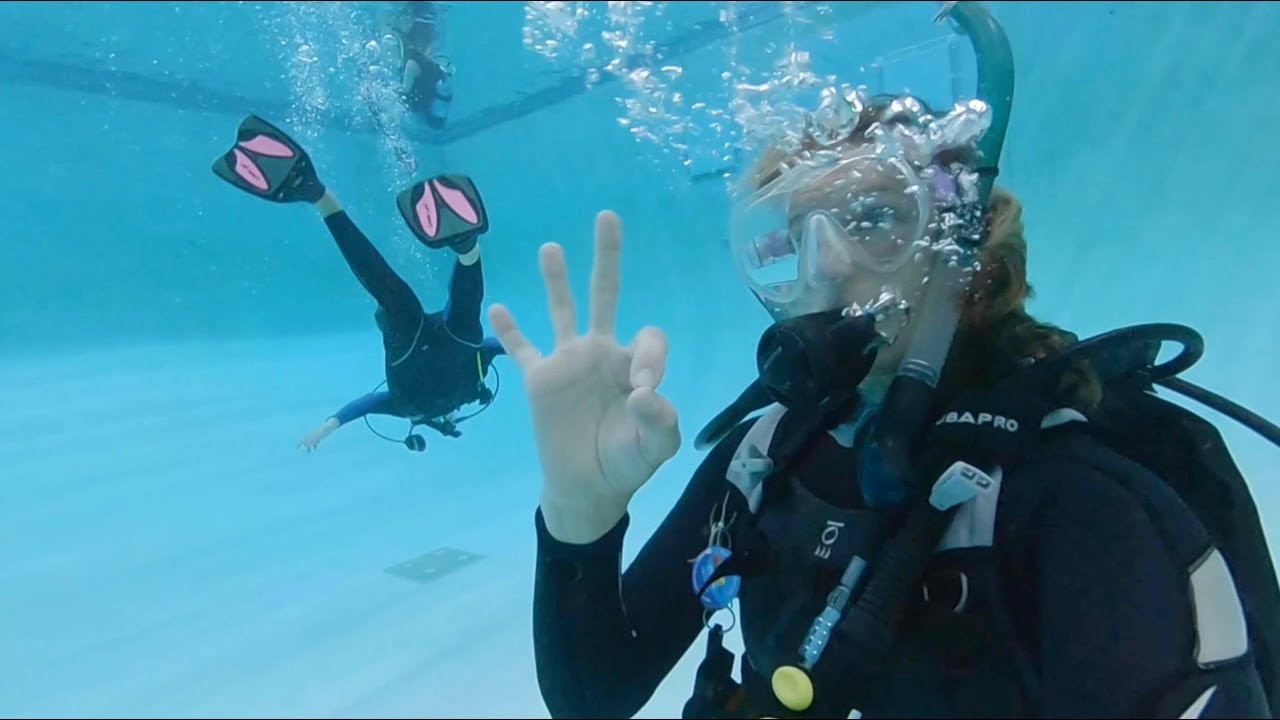 Of course, that sense of excitement and peace is moderated for both Hanson and her students in seeing the effects of pollution and habitat destruction. “I was diving along a coral reef in Indonesia, and it was very clear that someone had done dynamite fishing, and it had destroyed a whole patch of reef,” Hanson said. “I’ve also seen sharks that were finned and then just left in the water to drown.”

Hanson believes education is one of the most important ways to prevent further harm to marine life. She and Richard Vevers, CEO of The Ocean Agency, a nonprofit whose mission is to spearhead ocean conservation through underwater filmmaking and photography, are in discussions to create programs that will educate the public about the marine life in their own backyard.

“Now that I’ve been diving for 22 years, I’ve seen climate change happen underwater. I’ve seen increased pollution and the effects of over-fishing such as dynamite fishing where it takes out an entire habitat. We have a responsibility to include that in our education,” Hanson said. “My goal is to be able to provide more underwater science communication through projects and efforts going on at the University.

“Understanding the ocean environment is crucial,” she continued. “Seventy-two percent of the earth is made up of oceans, and there’s so much about our lives that is directly dependent on what happens in the oceans—from the oxygen we breathe to the resources our culture and the human population uses.

“Our lives depend on it.”