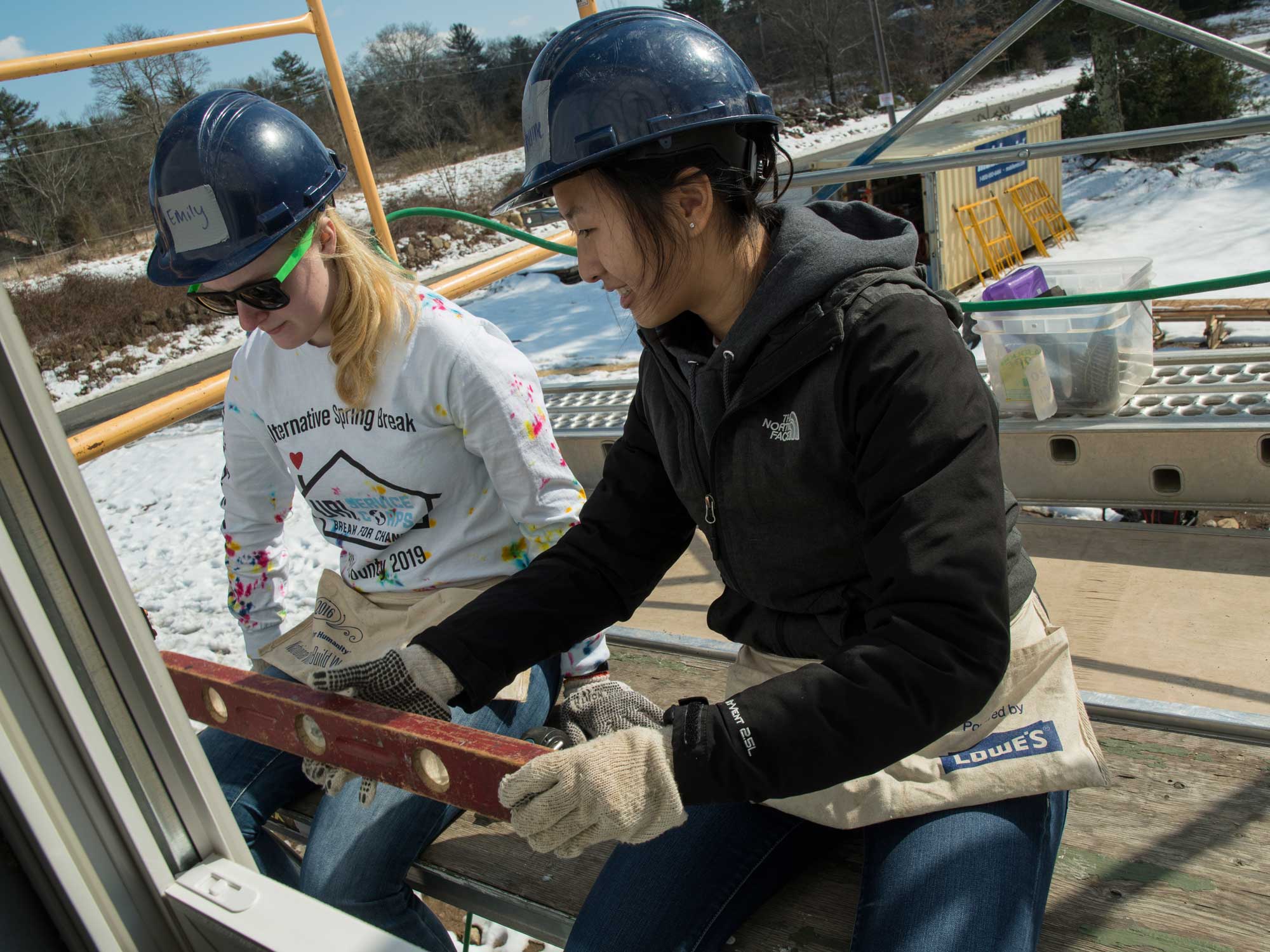 URI students are using their spring break to build houses—and, in the process, communities, too.

Each year, URI Service Corps, a student-led, student-financed program sponsors Alternative Spring Break as an opportunity for students to participate in service-learning trips locally, nationally, or abroad. Trips are chosen for the issues the areas present, such as immigration injustice or lack of affordable housing.

URI Service Corps is also offering a trip this spring for first-year students to travel to New Hampshire to work with various non-profit organizations. Students will also be traveling to Denver, Oakland, and New Orleans. In addition, Laredo, Texas, has been added as new site for students who originally planned to go to Guatemala with Habitat Global Village. That trip was cancelled by Habitat International to prioritize the health and safety of their staff, volunteers, partners, and the people they serve. Now, the students in Laredo will partner with the Laredo-Webb County Habitat for Humanity for an entire week of service.

For more than 20 years, URI and South County Habitat for Humanity have worked together to address the state’s housing crisis. The outcomes of that partnership include a housing development, a half a million dollars raised, and ongoing rehab projects across southern Rhode Island. Students also benefit from equally significant but unquantifiable gains: skills honed, friendships made, and the satisfaction of serving one’s community.

The experience also affords students the opportunity to reflect on issues such as power and privilege—as well as ways they can use their talents and skills to change things. “Students can share, learn, and leverage their servant leadership skills,” Albert says.