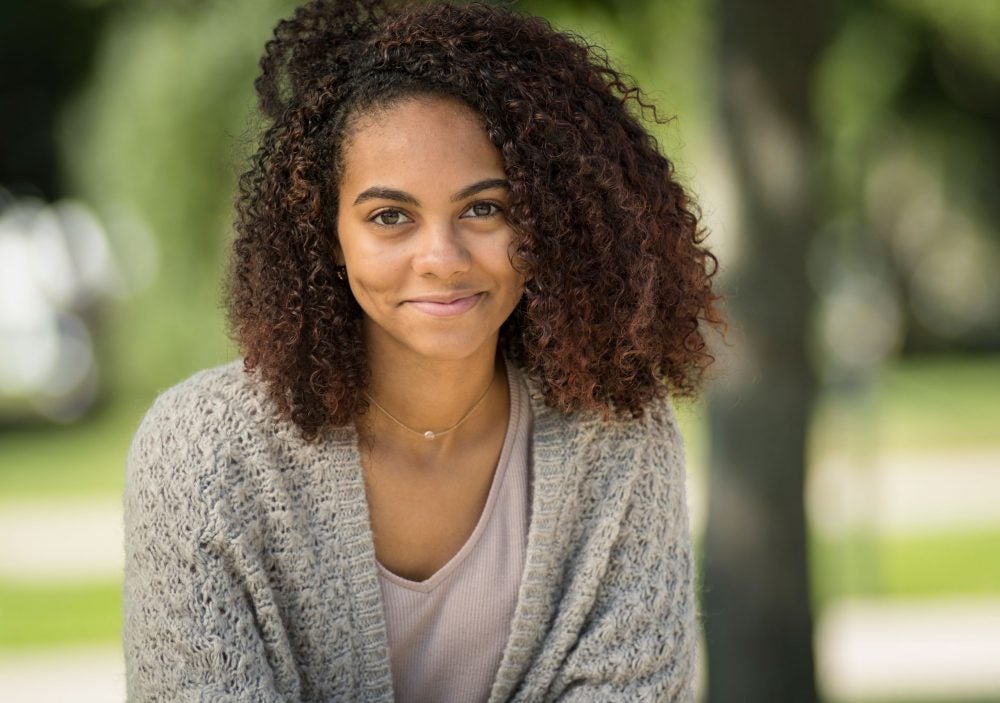 Maya Moran ’21, co-creator of Diversity Dialogues, is an Office of Community, Equity and Diversity scholar fellow.

The Office of Community, Equity and Diversity is hosting a year-long symposium devoted to the Black Lives Matter movement. Panels, workshops, lectures, and book discussions are planned around a central goal of grappling with issues of race, equality, and social justice that affect the URI community.

The trio not only received diversity and inclusion training but also co-created with the University the dialogue-based, social justice workshop series Diversity Dialogues, which addresses issues of bias, microaggressions, and social identity. The three students are now teaching other student groups. Another five students will receive training this fall to lead the workshops intended for any student group or organization seeking training. This fall the Greek Life Inclusion Task Force and URI 101, a course intended to familiarize first-year students with URI, are engaged in the workshop series.

Moran, who came to URI from a diverse high school of 4,000 students, says one reason for her interest in creating Diversity Discussions stems from her early experience as a student of color on a largely white campus. Moran says she was sometimes placed in the awkward position of being an authority on race. “As if I were the spokesperson for all Black persons on earth,” she says, adding, “We recognize that students are in different phases of awareness. Some are just learning about racism and micro-aggression, some know a little about these things, and some are deeply rooted in this work.”

COVID-19 poses a challenge since student groups who’d prefer meeting in person are limited to small groups. “But we don’t want to put this work on hold. “It’s too important right now,” Moran says. “My job as an older student of color is to make sure that students of color, LGBTQ students, and immigrant students know that they are supported, seen, and cared about on campus.”

At her New Jersey high school, Kerr had ethnic studies courses with classmates of diverse socio-economic situations. “Mine was a big class of so many individuals of different backgrounds, gender identities, and expressions. Because we had ethnic studies, we had the opportunity to learn about how a narrative is taught. I was used to being the one white person in the room.”

Like Moran, Kerr says coming to URI was a bit of a culture shock. Kerr, also an undergraduate scholar in residence and a CED fellow, soon realized not everyone had the benefit of the instruction she had had. “It’s not productive to blame or dismiss people who haven’t had the education, who have been taught something different their whole lives,” the history and Gender and Women’s Studies major says.

“Once you know better, you do better.”

(Editor’s note: The photo of Maya Moran ’21 used in this story was taken prior to the COVID-19 outbreak. The University of Rhode Island follows CDC and state guidelines regarding social distancing and the wearing of face masks on campus.)