Hip-Hop is Finding a Voice

Hip-hop artists so revere words that they profane them. They add and subtract letters from them at will. They stretch and pull them like gum wound around the finger. They take two words and mash them together. They take one word and split it like an atom. And the fallout is music.

Hip-hop is insight into the human condition, the outpouring of a soul expressing love, lust, anger, frustration, hatred, unity, pride. Virtue and vice: it’s all there. Hip-hop has been criticized for its misogyny, homophobia, racist language, and glorification of violence. But is it so different from any other art form? Hasn’t the artist always sought to mirror back to society its triumphs and its failures? Hasn’t art always been about giving voice to thought?

Derek Lacy ’19 thinks so. He raps about death. 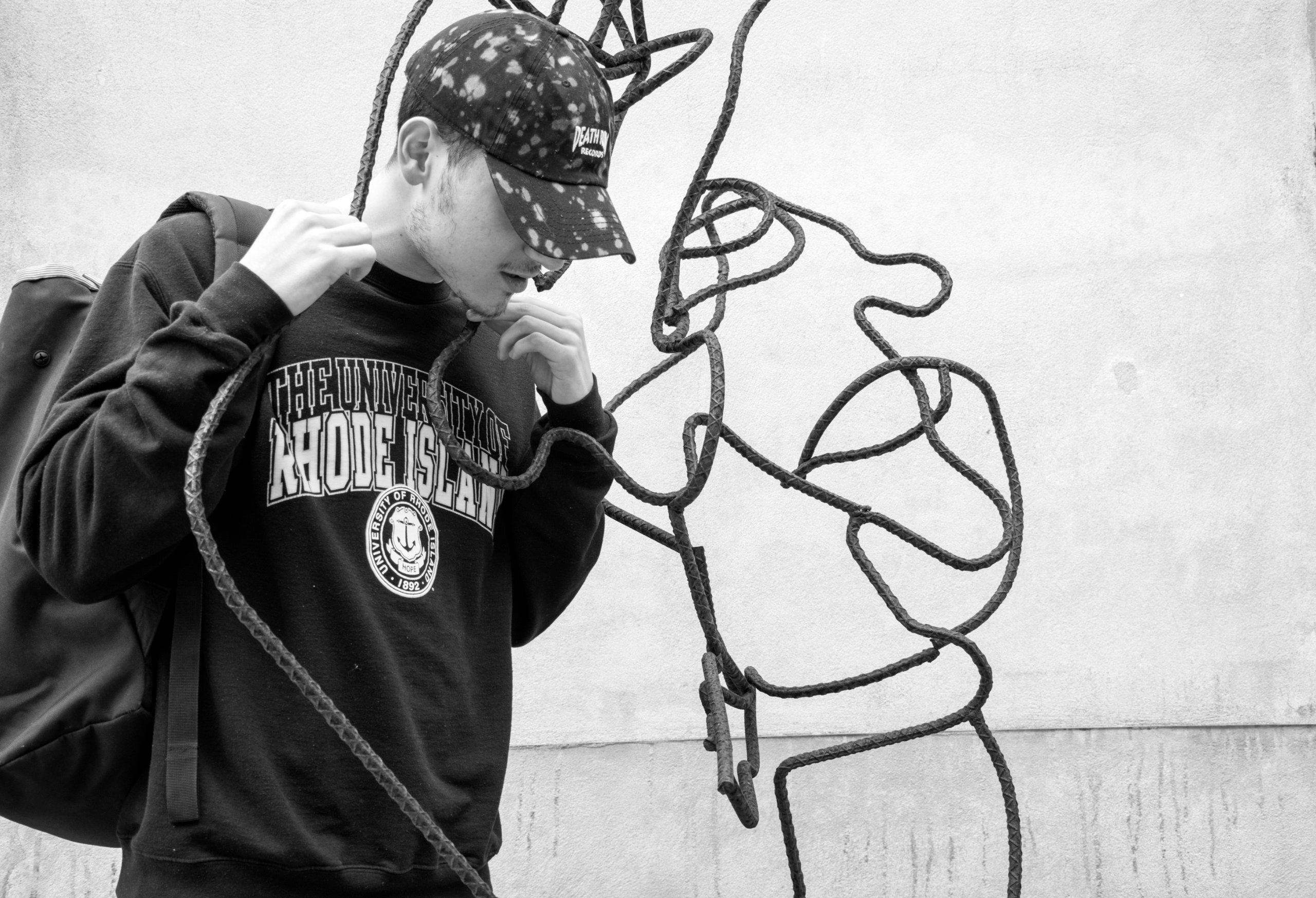 For Lacy, now 21, his mother’s unintentional legacy is a keen awareness of his mortality and a mad need to succeed as a rapper. “It’s made me go all in. I got a lot of plays on this one song I recorded, so I reached out to [rap star] Mick Jenkins, and he tweeted about it, and it got 10,000 hits. I’m confident. I mean, back pain and life is over?! As bad as it is, death is also a motivating thing.”

In his childhood years, the music and lyrics of rappers like Eminem and Mac Miller spoke to Lacy. “I was most interested in the words. Rap validated me. Validated my emotions.” Lacy says Mac Miller’s mixtape, Faces, kept him going when things went dark. “I can’t even explain how important it was to me. He helped me stay alive.”

Lacy’s desire to make a career of rap and hip-hop led him to study psychology and creative writing; poetry, in particular. “My lane is the prettiest words I can find and the grittiest emotion I can bring,” says Lacy. 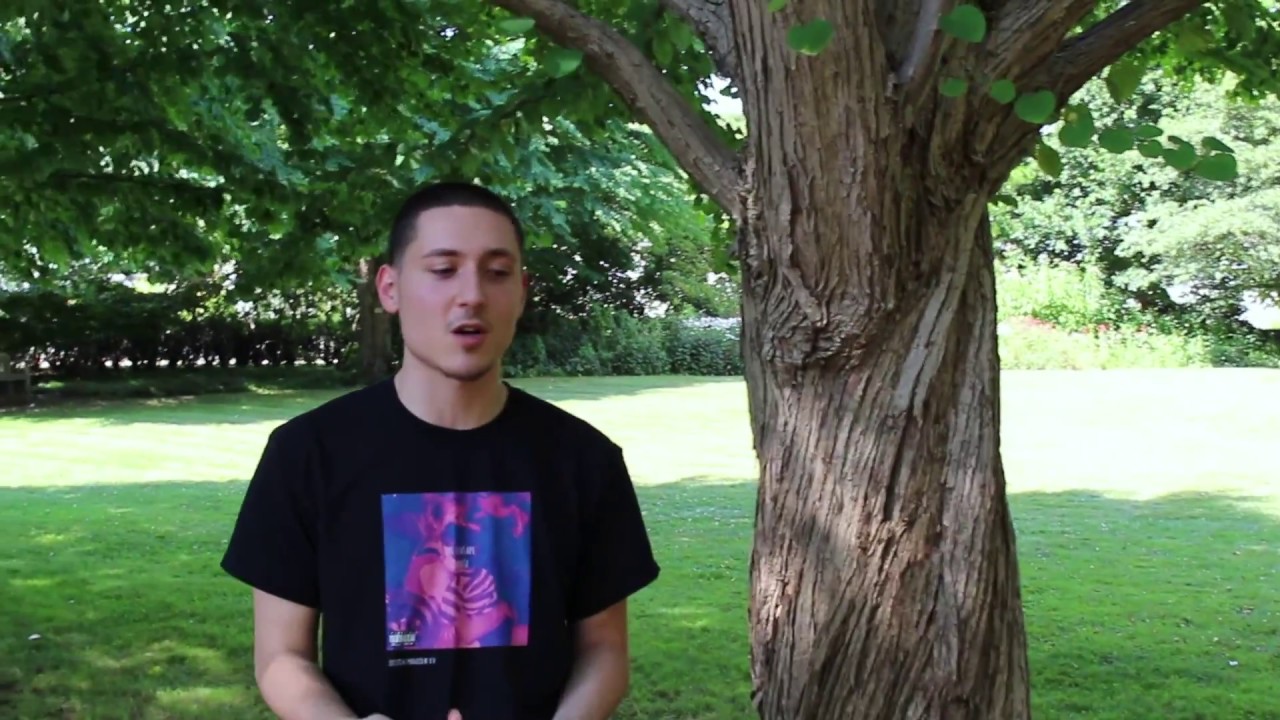 Africa Costa Rica Smith ’18 understands. She also loves words. Smith writes a haiku a day as a kind of personal check-in. “I’ll write in my journal, just write out what I see, and then condense it. My parents are house-hunting right now. I wrote a whole thing about a house being condemned. I ended it with “empty of everything being full,” Smith says. “So I’ll start a poem from that line.”

Smith, a spoken-word artist and former member of URI’s Slam Poetry Club, intends to make a career in university administration. Art is her outlet. “My parents grew up in New York City and Brooklyn,” Smith says. “Music, hip-hop, has always been a part of my family’s life. My dad had a boom box and an afro and was into freestyling. My parents used music as a connector. There wasn’t a day music wasn’t played in my house.” Smith’s dad has a beat machine. “He’d be riding the rhythm. It got him out of bed in the morning,” Smith says.

Smith, who competed in slam poetry contests at URI, says the allure of rap and hip-hop is its accessibility. Still true to its urban roots, hip-hop is narrative in the tradition of the epic poem, speaking to universal truths, meant for mass consumption. That’s it. You don’t need someone with a Ph.D. to explain it to you. If anything, the reverse is true. This is the language of youth speaking their truth. 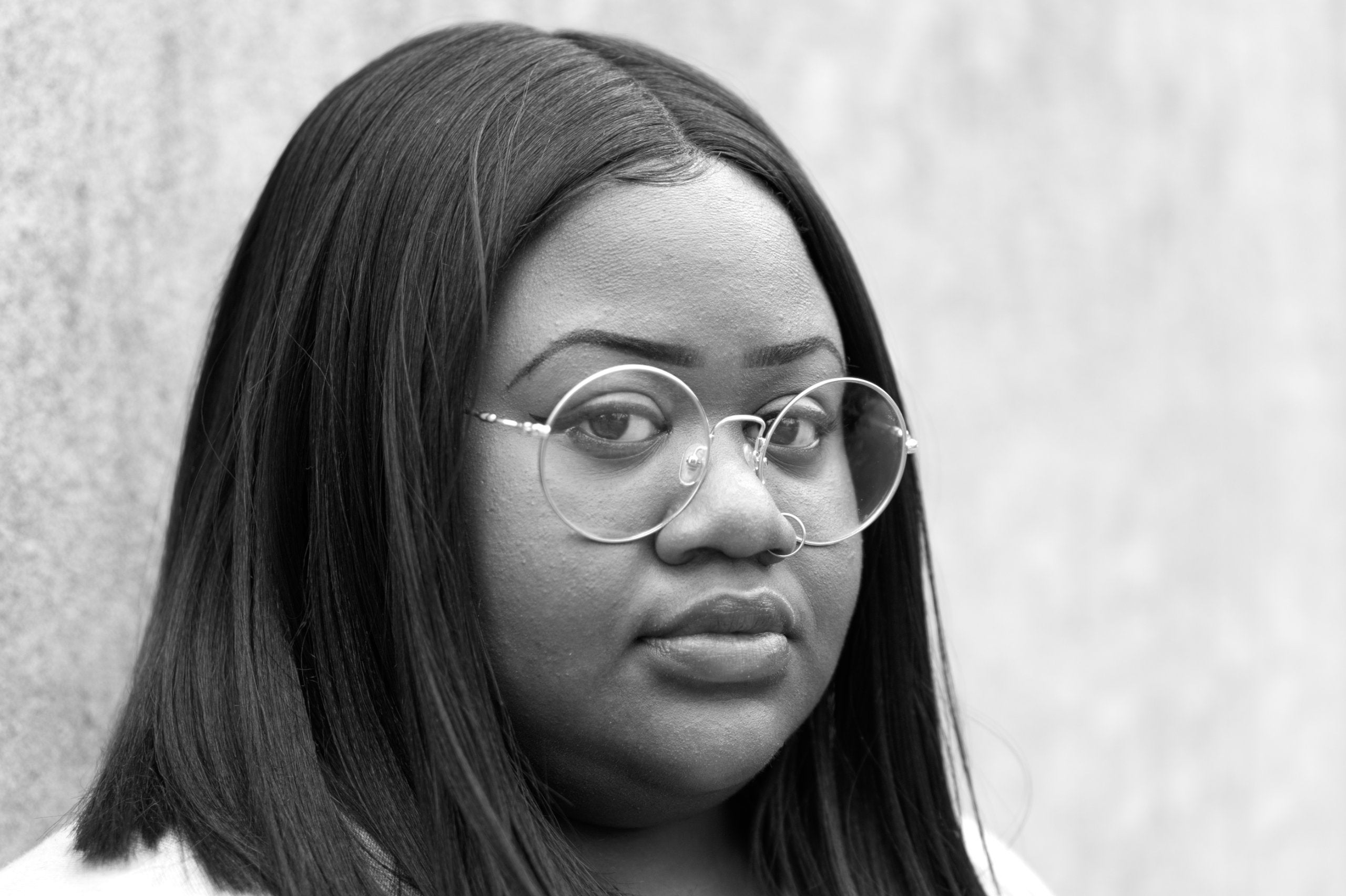 “Hip-hop and rap give people a chance to tell their story,” Smith says. “And the more woke you are, the harder it is to sleep. The more woke you become, the more aware you are of injustice in the world.”

As an undergraduate, Smith sometimes found herself the only non-white person in a classroom. Writing and performing proved a release from the unease she sometimes felt. “Poetry helps me put it all into perspective. Then I can reflect and feel better about things. In the black community, we don’t talk about mental health. Rap and poetry address personal and societal issues,” Smith says.

“People can find themselves in someone else’s story and not feel so alone in this world.” 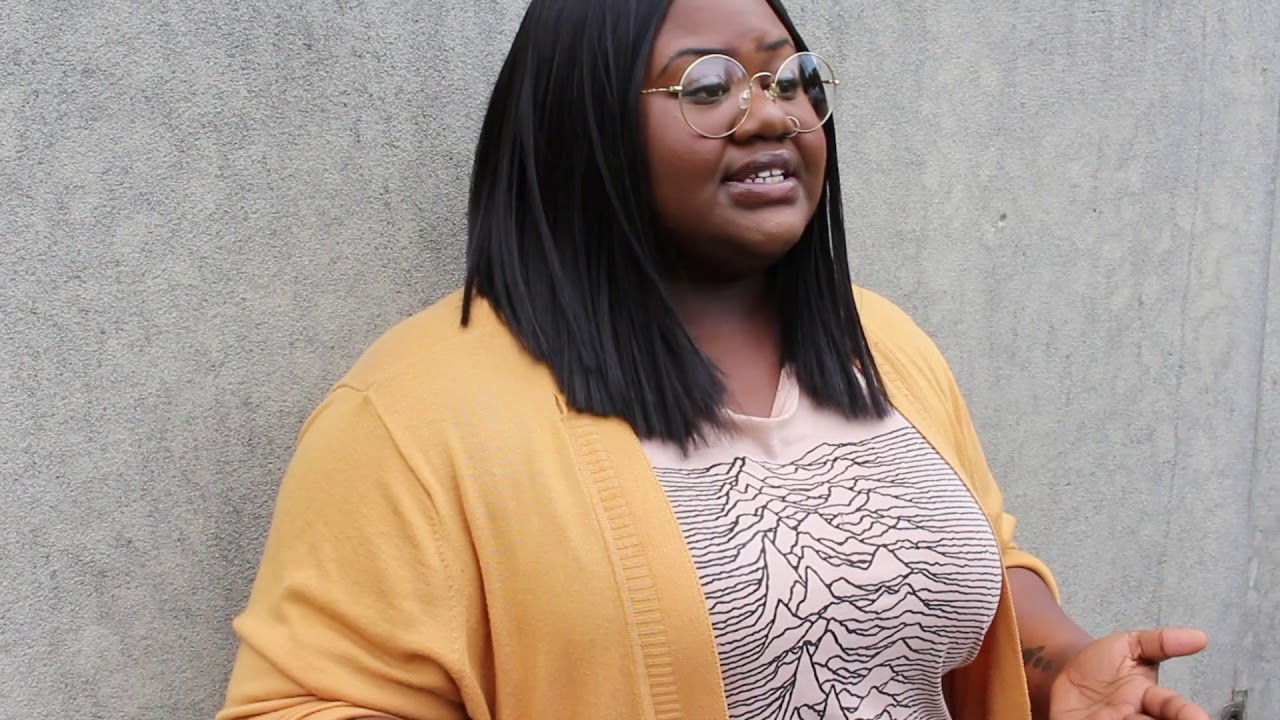 Derek Lacy is fully funding his education with an inheritance he got from his grandfather. He’ll be the first of his family to graduate from college. If he could, he’d have the future start today. “It’s the streaming age, and rap is a young man’s game,” Lacy says. “I gotta really get myself together here. I just want to make people feel something.”

To hear him is to believe he just might.