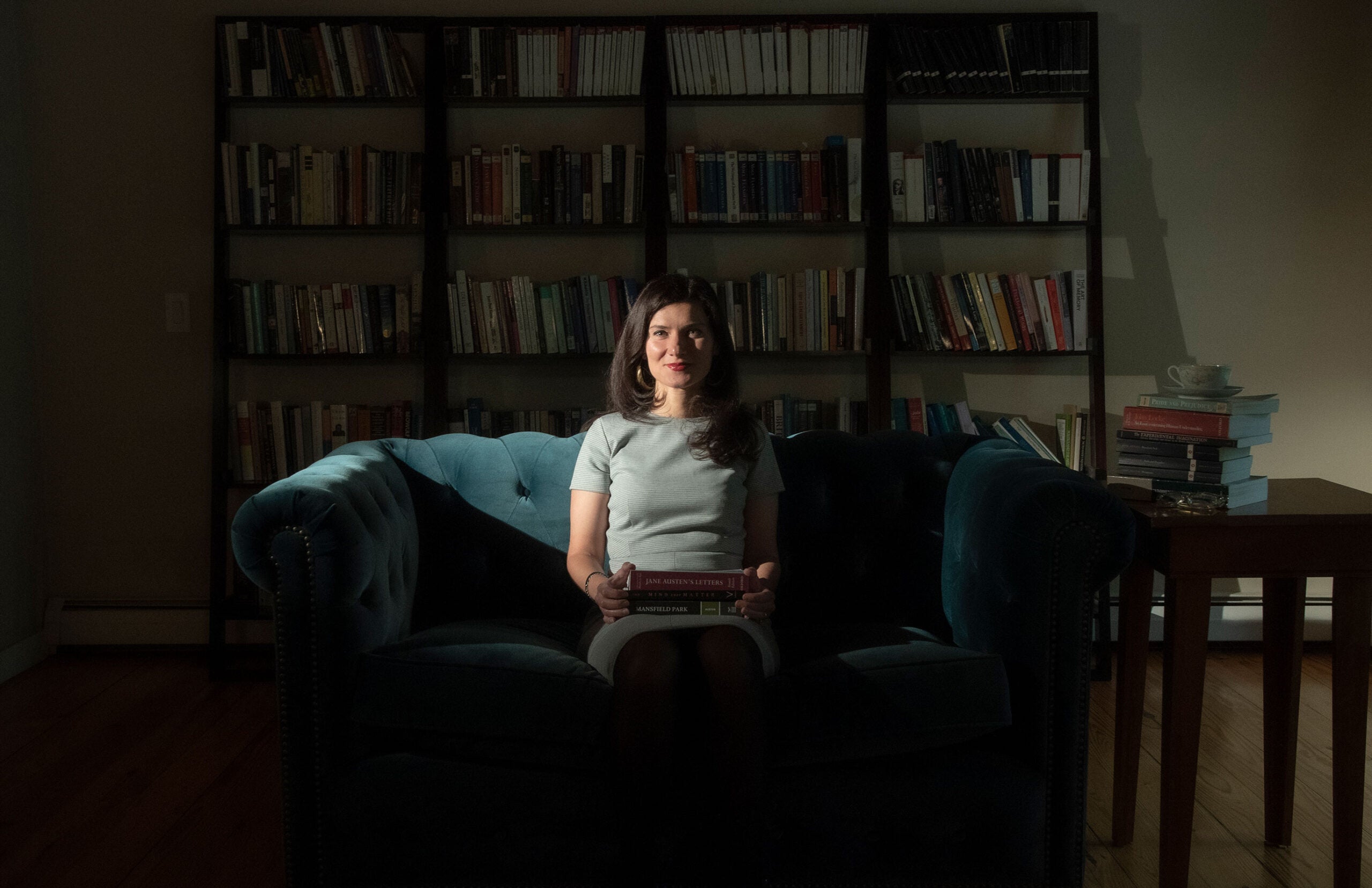 “I want my students to see that literature has the power to change lives.”—Sarah Eron, English professor and Jane Austen scholar
Photo credit: Nora Lewis

It is a truth universally acknowledged that few, if any, novels have had greater influence on the romance genre than Jane Austen’s Pride and Prejudice.

Credited with writing the definitive marriage plot novel of her age, Austen and her work have spawned an industry that endures. Netflix’s Bridgerton and PBS’s Sanditon are two of the most recent iterations in a long line of novels, movies, television shows, and plays influenced by her work. You can buy Austen-inspired dolls, Tarot cards, clothing, bobbleheads, teapots, candles, Christmas ornaments, even air fresheners. Superfans, Janeites, cosplay their favorite characters at conferences and Jane Austen weekend getaways. Actors Colin Firth and Paul Rudd owe a debt to the 19th-century author, as do fan fiction authors somewhat far afield of Austen’s oeuvre. Remember Amy Heckerling’s Austen-inspired 1995 classic Clueless or 2017’s Pride and Prejudice and Zombies? Love conquers all, maybe even the undead.

But to read Austen’s novels as romances is to miss their meaning. Entirely.

So says Sarah Eron, English professor and Austen scholar. Eron presents Austen as a satirist whose novels take aim at the marriage plot novels of her day. In her undergraduate course “Jane Austen, Therapist,” Eron teaches students what Austen’s work reveals about the mind, how her novels transform and console readers, and what close reading yields. “I want my students to see that literature has the power to change lives,” Eron says.

Eron’s research is in cognitive studies, the study of the mind and its workings. The author of Mind Over Matter: Memory Fiction From Daniel Defoe to Jane Austen, Eron is specifically interested in how our memories aren’t really our own. Rather, they are affected and shaped by all that is happening around us. Think about how massive numbers of people have mistaken fake news for fact because of social media’s influence rather than doing their own critical thinking. It becomes impossible to untangle the hive mind from individual thought.

In the 18th and 19th centuries, the common belief was that memories were derived from a person’s experience of the world and filed away in the mind, Eron says. “And here’s Jane Austen, this woman writing in the early 19th century, clearly reading all these male philosophers, and she decides to depart from that.

“I like to start with Emma because students see that Austen renders an ambiguity between whether thoughts belong to one character, another character, or the narrator. And suddenly, this idea that our thoughts are our own, that we have ownership of our personal, internal ideas is completely exploded. This is the power of reading Jane Austen. In everyday life, we go around and wonder what other people are thinking of us. We have this constant desire to have access to other people’s thoughts, and that’s where all the miscommunications arise in Emma because she’s really bad at mind reading.”

Who can’t relate to that? 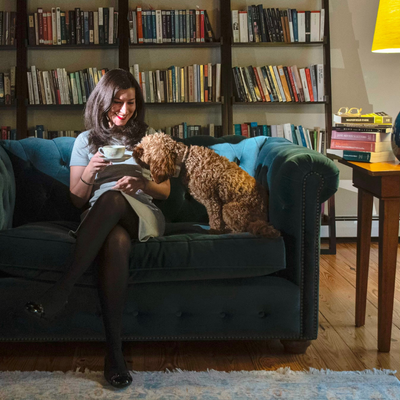 As an English major at the University of Rhode Island, you join a community of scholars and writers who understand the power of language and creative expression. Here we offer you a place where you can be at home, develop your own interests, and discover the stories you want to share.

The rewards of close reading

In a moment when attention spans have never been shorter, Eron manages to make close readers out of students—who speak with confidence about free indirect discourse and teasing meaning from a text, says Emmett Munterich ’23, an English and public relations double major.

I had this realization of how differently I’m engaging with the text because of Professor Eron. I told my mom she had to read Mansfield Park. She’s read Jane Austen books before, but not that one. And I’m trying to talk to her about it, and I’m bringing up like John Locke, David Hume, and William James, and she’s like, ‘What are you talking about?’ And I hadn’t realized until then just how comfortable I am with engaging with these texts at that level—all because of her class. That was very exciting.”

Hannah Slater-Grace ’25, an elementary education major, took the course because she was an Austen fan. She’d read the novels on her own and seen numerous film adaptations. Eron’s class gave her a new and deeper appreciation of the author.

“Professor Eron had us dive into every detail of the text. We sometimes spent almost an entire class on one sentence or a couple of words, and I was like, ‘Wow!’ I’ve never had a professor take us so closely into each word, each comma, each phrase. Each punctuation mark signaled something,” says Slater-Grace. “And I realized—after going from reading Austen to reading other books—that not every author is able to do that. It’s only great authors who can make punctuation mean something. Understanding more of how Austen writes has helped me understand the way other authors write and why.”

In reading Austen, students also live vicariously through characters, feeling the fallout of misunderstandings, loneliness, regret, and isolation, and experiencing the comfort of working through negative experiences, Eron says.

“These novels are about the force of memory, not just as something that changes over time, but something that has the power to console us in difficult times. So what better novels to read when we’re going through a major pandemic and the kinds of political and global distresses we’re going through now? Austen helps us see that our personal history is ever evolving, and she helps us understand that we have a conscious power,” Eron adds.

The most gratifying moment for Eron as a teacher is when students recognize that their experiences and those of Austen’s characters are essentially the same. “They, too, are people embedded in social systems; their memories change, and they have the power to overcome distress.

“That’s the reason for the course title, ‘Jane Austen, Therapist,’ that is, that she might be able to bring the kind of consolation, the kind of answers we seek,” Eron says. “The texts have a kind of therapy to them; they’re designed to elicit both your judgment and your sympathy. They’re designed for interactive readership,” Eron adds.

“And, so, when I see the students living these books and interacting with these books—and their lives influenced by these books—I know that, in some sense, I’ve done my job.”