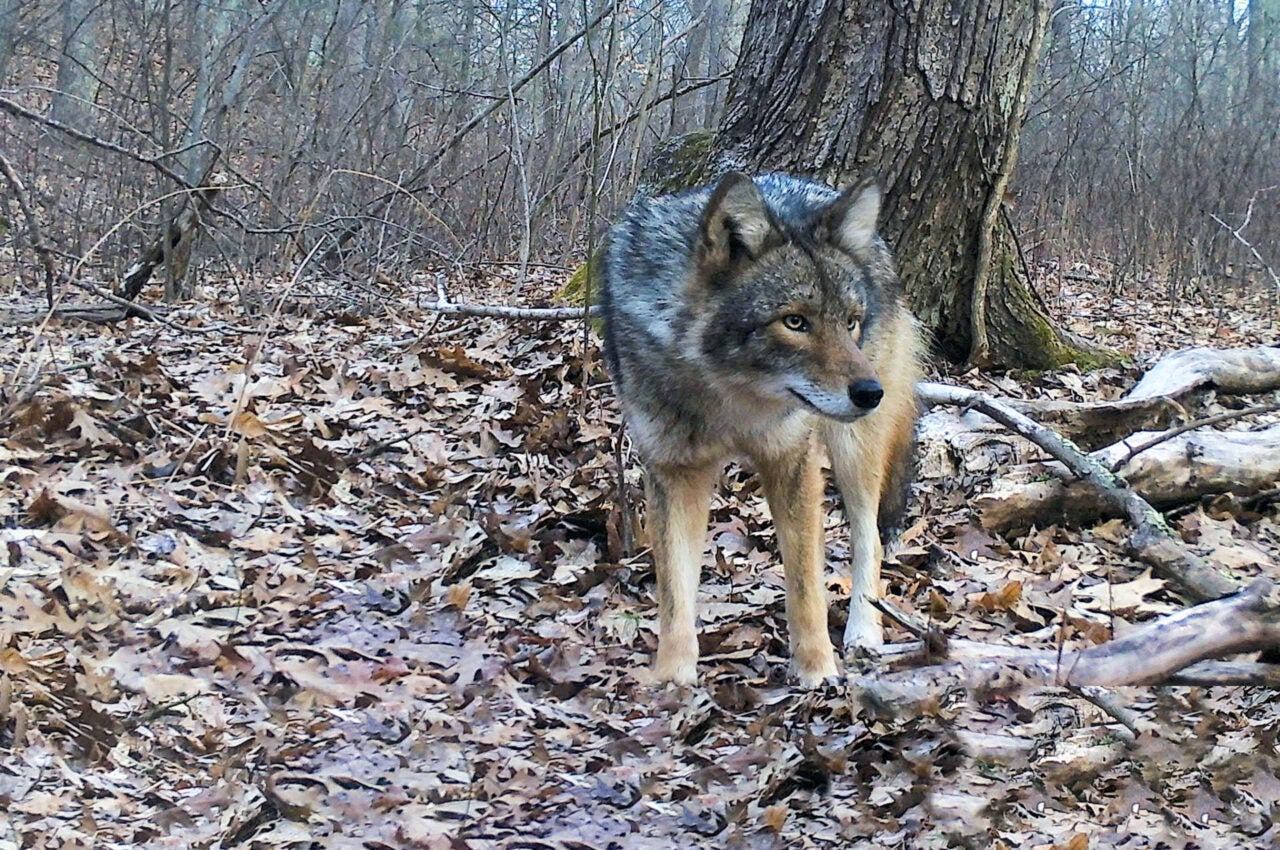 Despite their cartoon reputation, coyotes may be the most controversial creatures that inhabit Rhode Island.

Many residents fear coyotes and worry about the fate of a beloved pet crossing paths with one. But what do people really know about coyotes?

That’s what graduate student Kimberly Rivera wants to learn. She’s conducting a survey of Rhode Islanders to assess their knowledge, beliefs, and feelings about the charismatic carnivore. She also wants to hear about first-hand experiences people have had with coyotes. Rivera hopes her results will help wildlife managers do a better job of managing the animals—and people.

Study the natural sciences and principles of managing wildlife populations and their habitats. This major fulfills the requirements for certification as an Associate Wildlife Biologist by The Wildlife Society and provides an excellent foundation for graduate school.

Rivera said that about half of all nuisance wildlife calls received by state wildlife officials are about coyotes, which may have more to do with people’s beliefs about coyotes than about the threat the animals pose. She plans to combine the results of her survey with data from a statewide camera trap study to see if opinions about coyotes are more or less positive in areas where the animals are most abundant.

“If there are areas with greater conflict or where people are especially antagonistic toward coyotes,” she said, “then maybe there’s something we can do to manage them better.”

Rivera is especially interested in learning about interactions between pets and coyotes. “There are lots of stories about missing pets being taken by coyotes, and I’d like to learn how often it really happens and how often people think it happens.”

Perceptions about wildlife and wildlife interactions can change how people think about a species, Rivera said. “Those opinions are important. If people don’t care about animals, we’re not going to be able to conserve or coexist with them.”