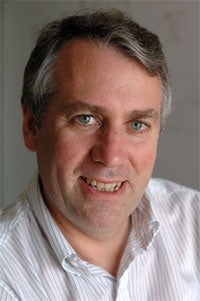 NARRAGANSETT, R.I — December 5, 2005 — Kerry Emanuel, a professor of atmospheric science at the Massachusetts Institute of Technology and author of the acclaimed book Divine Wind: The History and Science of Hurricanes, will present the Charles and Marie Fish Lecture in Oceanography at the University of Rhode Island on Tuesday, Dec. 13 at noon.


The free public lecture will be held in the Coastal Institute auditorium on URI’s Narragansett Bay Campus. A book signing will follow the lecture.


Emanuel’s lecture will focus on the science and prediction of hurricanes, as well as hurricanes in history, especially as they have affected the U.S. and New England. He will also discuss how scientists estimate the long-term risk of hurricanes in New England, and conclude with insights into how global warming might be affecting hurricane activity.


Emanuel joined the faculty at MIT in 1981 after teaching for three years at UCLA. He conducts research on tropical meteorology and climate, with an emphasis on the physics of hurricanes.


Divine Wind has received enthusiastic reviews for successfully blending hurricane science with excellent storytelling. It was named one of the top 20 science books of 2005 by Discover magazine. Former CBS News anchor Dan Rather said “Divine Wind puts the science of hurricanes alongside their cultural significance and in so doing makes for fascinating reading.”


The annual Charles and Marie Fish Lecture is supported by income from the Charlie and Bobbie Fish Endowment for Oceanography. The Fish’s established URI’s first marine biological program in 1935, as well as a graduate program in oceanography at the Narragansett Marine Laboratory, which later became the Graduate School of Oceanography.


For more information about the lecture, call the URI Office of Marine Programs at 401-874-6211 or visit www.omp.gso.uri.edu.