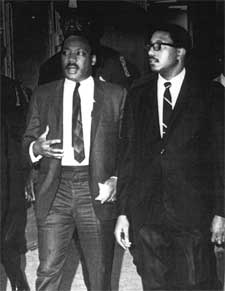 KINGSTON, R.I. — December 5, 2006 — He was beaten in Selma, had three ribs cracked in Montgomery, and was kidnapped in Colombia. Yet Bernard LaFayette has kept the flame of nonviolence burning for nearly a half century. The distinguished scholar-in-residence and director of the University of Rhode Island’s Center for Nonviolence and Peace Studies, recently sat down and shared his thoughts on peace during this time of war.

Peace is always possible. First, people have to believe it. While I was leading a workshop on nonviolence in Colombia a few years ago, a sociology professor raised his hand and said: “We are a very violent culture. It defines who we are. It has become increasingly violent over the last 38 years. It has evolved.” “Are you telling me it changed?” I asked and he said yes. Then change -is possible?” I asked. “Yes,” he said. 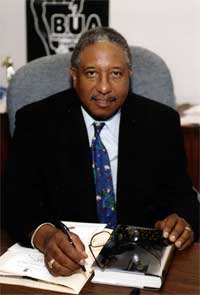 Are there any cultural differences in applying the principles of peace?

There are cultural differences, but the roots are the same. While the way people bring about peace and maintain it is based on their traditions, the principles of respect, love, and justice are the same. They are universal. I’ve never seen a culture bent on evil.


What does peace in Iraq center on?

Unless we understand and analyze the history of a conflict we can’t have a lasting solution. Looking back on his life, Napoleon Bonaparte realized that any conclusion arrived at by force is temporary. I do not believe that we should pull out and leave Iraq like it is now because we have contributed to its instability. Diplomatic solutions are temporary. Reconciliation would mean bringing the parties together to understand their shared history and agree upon a shared future. They would have to recognize that sharing resources would benefit everyone from one generation to the next.


You often travel the world training people in nonviolence skills and establishing peace centers. Where have you been lately?


In Colombia where the homicide rate has gone down in the area we are teaching nonviolence. In Nigeria, we are getting the militants who’ve been blowing up oil pumps, kidnapping and killing people, to lay down their weapons. I have been invited to teach nonviolence and the history of the Civil Rights movement in Israel and Palestine.

Turning the other cheek is not passive. It’s an alternative action. You show people another way when they show you their worst side. It takes courage. I was recently reminiscing with a friend about an experience during the Civil Rights Movement. We had taken refuge in a church from an angry crowd. Bricks and tear gas canisters were breaking windows. Martin (Luther King Jr.) called the Kennedy Whitehouse for federal help. In the meantime, he had heard that taxicabs drivers were gathering and planning to drive to the church and rescue us with guns. Martin stood at the pulpit and asked: “Who is totally committed to nonviolence?” A few people raised their hands. “Follow me,” he said and led them down the center aisle, unlocked the church’s front door, and walked straight into the mob. People stepped aside and made room. Martin walked to the taxicabs a few blocks away and asked the drivers to leave. It was astonishing.”


What five things can the average person do?


1. Recognize your own failures. It’s so easy to recognize others’ faults, but difficult to see your own. You need to ask yourself: “What did I do to contribute to the conflict or to a broken relationship?”


2. Don’t give up. It’s an extension of the turn the other cheek. It’s an act of resistance. You have to be the example of what you want to be changed.


3. Recognize you cannot do it alone. It takes strategy to mobilize the masses. Assume other people feel the same way you do, but don’t have the opportunity to express it. The Civil Rights Movement, for example, would never have been successful if people living in states like Michigan, Wisconsin, or Minnesota hadn’t been outraged to learn that Americans in the south were being beaten for trying to do something as democratic as register to vote.


4. Know when you have accomplished your goal and move on to the next one. A lot of people get so hung up in the protest that it becomes an end of itself.


5. Institutionalize the change so it will be perpetuated.