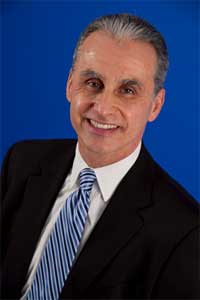 KINGSTON, R.I.- December 13, 2010 – With the overwhelmingly successful conclusion of the University of Rhode Island’s Making a Difference campaign on the horizon, Foundation President Glen R. Kerkian today announced his intent to resign from the Foundation, effective July 2011.


Kerkian has held his senior leadership position with the Foundation since July 2006 and led the organization through a significant transition of fundraising and development activities from the University Division of Advancement to the Foundation, which occurred on January 1, 2008. His tenure has also resulted in a number of significant fundraising milestones being achieved including record-breaking charitable giving at the state’s flagship land grant university.


URI Foundation Executive Board Chairman George Graboys noted the exceptional success of the campaign, which has raised more than $125 million to date, with several weeks remaining. Graboys said, “Glen has led this organization, on behalf of the University, to achieving results none of us would have expected in this economy. URI has managed to not only hold steady, but to actually track positively when other institutions could not, increasing charitable support by a significant margin. We are grateful for the impact his leadership has had on the University community.”


URI President David Dooley said, “I have enjoyed a truly collaborative working relationship with Glen and the Foundation since coming here to URI. There is no doubt that the success and continued development of the University depends on our success in securing charitable support. Glen and I worked very productively to build strong relationships with our alumni donors and friends, presenting a strong case for supporting URI. The results of those efforts will produce results long into the future and would not have been possible without Glen’s leadership and commitment.”


Kerkian commented, “I have been so impressed with the tenacity of our team and the focus of our benefactors to have leveraged historic amounts of charitable resources for URI under some very adverse economic conditions.” Kerkian mentioned the work of his volunteer executive board and the University leadership as reasons for optimism going forward.


“URI is clearly on the upswing, just looking at the transformation of this campus, there is the temptation to stay longer and see how far we can take this momentum under Dave’s leadership.” Kerkian said, “But on a personal level, I was recruited to Rhode Island five years ago to manage the Making a Difference Campaign and to build a viable fundraising organization at the University, and I feel I have accomplished that. I am excited about the next chapter and look forward to trying something completely different while I am still able, perhaps focusing on entrepreneurial business opportunities that have surfaced.”