KINGSTON, R.I. – November 21, 2012 – University of Rhode Island professors Patricia Burbank and Lynne Dunphy have been named fellows by the American Academy of Nursing. They are the only fellows named by the academy from Rhode Island.


“This year’s class of fellows is particularly impressive and accomplished,” said academy President Joanne Disch. “While it is a personal honor to be accepted into the academy, it also represents a significant professional responsibility to contribute to improving the health of the nation and making nursing contributions visible. The work before us is immense and we need to enlist the talents of all our fellows, new and continuing.” 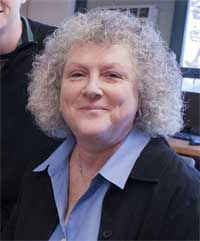 Burbank is nationally known for her applied research in the areas of health behavior change, improving the health of lesbian, gay, bisexual and transgender elders, changing attitudes toward older adults and theory development. As a nurse-scientist working with an interdisciplinary team, she helped test a staged-based, health behavior change model, the Transtheoretical Model, to improve exercise behavior of older adults.


She co-edited the book, Promoting Exercise Among Older Adults: Interventions with the Transtheoretical Model. Burbank’s work led to her invention of a small, wearable electronic device that provides customized recorded instructions to increase physical activity among seniors. She collaborated with a URI engineering professor to patent the device and they are now testing the prototype.


Burbank is also the author of the award-winning book, Vulnerable Older Adults: Issues and Strategies, which includes two chapters on LGBT elders. She has worked to integrate gerontology and LGBT content in the nursing curriculum and also spearheads URI’s new doctor of nursing practice program. Three J.A. Hartford Foundation grants and a federal Health Resources and Services Administration grant support these activities.


Dunphy has worked tirelessly to raise awareness of nursing as a source of intellectual capital and economic development. She is coordinator of the Rhode Island Center for Nursing Excellence, a nursing workforce center she founded in 2008 with a unique funding source, a U.S. Department of Commerce Economic Development Administration University Center award. In 2008, Dunphy co-chaired the Rhode Island Senate Commission on Nursing. 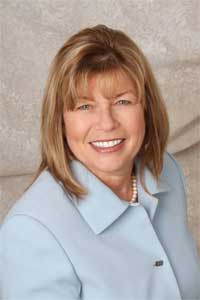 Dunphy is also co-chair of the Rhode Island Action Coalition, which was established to advance the Institute of Medicine’s 2010 recommendations on the Future of Nursing.


Dunphy was one of 20 nurses selected nationwide as a 2009 Robert Wood Johnson Foundation® Executive Nurse Fellow. She was the first in Rhode Island to be chosen for the program.


While she was at Christine E. Lynn College of Nursing in Boca Raton, Fla., she developed her innovative Circle of Caring Model for advanced practice nursing, which became the basis of her textbook, Primary Care: The Art and Science of Advanced Practice Nursing. Used in countless graduate nurse practitioner programs since 2000, the1,300-page fourth edition is soon to be published.


A nursing historian, she has written about the development of the nursing profession and the history of the iron lung, the first modern respirator.


A resident of Narragansett, Dunphy earned her bachelor’s degree from Skidmore College, her master’s degree from Hunter-Bellevue School of Nursing and her doctorate from the University of Miami.


Successful candidates for the fellows program must complete a rigorous application process that includes sponsorship by two fellows, a list of grant funding, a detailed resume and completion of a self-assessment that asks questions about areas of expertise, innovations in nursing and/or health care, outcomes of their research, nursing leadership, and list and description of nursing honors.