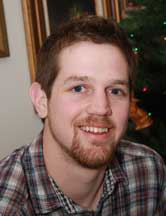 KINGSTON, R.I. – December 18, 2013 – Three graduate students at the University of Rhode Island have been named John A. Knauss Marine Policy Fellows, which will enable them to spend a year working on marine policy issues in Washington, D.C.


Brandon Elsner of Yakima, Wash., Leigh Habegger of Winston-Salem, N.C., and Kerry Whittaker of Bridgewater, Mass., were among 49 students from across the country selected for the fellowships. They applied for the fellowship through Rhode Island Sea Grant, which administers the program in the state and selects candidates for consideration by the National Sea Grant College Program.


Elsner is completing a master’s degree in natural resource economics at URI by developing a new methodology to update agricultural census data. He also worked on a project in the Philippines that integrates family planning activities with coastal resource management.


“The Knauss fellowship appealed to me because it provides an unparalleled opportunity to be at the nexus of national marine policy issues where science, industry and politics meet,” he said. “I want to understand how the inner-workings of these connections affect policy decisions, so I can utilize my scientific knowledge and my firsthand experience as a commercial fisherman and Peace Corps volunteer to address complex policy issues with common sense solutions.”


During his fellowship, Elsner will work as a legislative fellow for Senator Roger Wicker of Mississippi addressing a wide variety of marine and environmental issues. 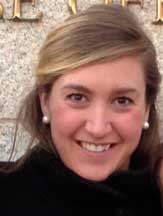 Habegger earned a master’s degree in marine affairs from URI in May 2013 studying conflict and compatibility among stakeholders in the blue crab fishery in North Carolina. She previously studied the health and sustainable management of barrier reefs in the Caribbean, which led her to an interest in marine policy.


“After two years of studying all facets of marine and coastal policy at URI, the Knauss Fellowship will provide a way for me to put my passions and knowledge to good use, and to work on some of the most pressing marine and coastal issues facing our nation today,” she said.


Habegger will spend her fellowship as a legislative fellow for Congresswoman Chellie Pingree of Maine focusing on fisheries and ocean policy.


Whittaker is nearing completion of a doctorate in oceanography studying the diversity of diatoms – single-celled marine plants – in the oceans and their link to climate change.

“I really like the science research that I do, but this fellowship will give me a valuable perspective on the role of science in the important decisions being made in our country,” she said. “I’m looking forward to seeing how the gears work in D.C. and seeing how science affects decisions to preserve our marine resources.”


Whittaker will spend her fellowship year working in the National Oceanic and Atmospheric Administration’s Office of Protected Resources, where she will help administer the listing of endangered species. She expects her year working for NOAA will be an eye-opening experience.


The John A. Knauss Marine Policy Fellowship, established in 1979, is a program of the National Sea Grant College Program. It matches qualified graduate students interested in ocean, coastal, and Great Lakes resources and the national policy decisions affecting those resources with hosts in the federal legislative or executive branches of government. The fellowship is named for the former dean of the URI Graduate School of Oceanography who also served as NOAA administrator.