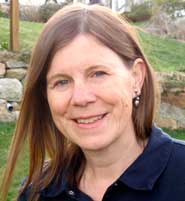 
Rusnock, who obtained her doctorate from Princeton University in the history of science and medicine, is the author of two other books and many articles on smallpox inoculation, medical statistics, health, and the environment.


She joined URI in 2000, and her history of medicine classes have become favorites among nursing, pharmacy, and pre-med students. The courses encourage students to think critically about the relationships between disease patterns, medical care, and public health in different historical periods, especially through “Disease of the Week” presentations.


Her new book bridges science and the humanities by focusing on the history of the smallpox vaccination, maybe the most important discovery in medicine. Smallpox – one of the leading causes of death in human history – was the first disease to be eradicated with a vaccine.


The first vaccine consisted of cowpox – a mild, naturally occurring disease in cows that provided cross-immunity to smallpox in humans. The cowpox vaccine emerged in 1798, and within 10 years, it had traveled around the world.


The book looks at the vaccine from a global perspective and examines the social and environmental challenges doctors faced years ago. Rusnock explores the first hospital trials of the vaccine, which took place on orphaned children in London, Paris, and Vienna; the entrepreneurial activities of young doctors trying to establish careers in a competitive medical field; the strategies imperial powers used to spread the vaccine to their far-flung colonies in the New World and Asia; and the compelling stories of the many parents, especially mothers, who had to decide for their children whether to chance the new vaccine or risk smallpox, the leading cause of death in the 18th century.


Rusnock’s research is relevant today with debates raging over the use of vaccines, including global efforts to eradicate polio with a vaccine, the growing number of vaccines given to children, and the safety and necessity of a high number of vaccines. 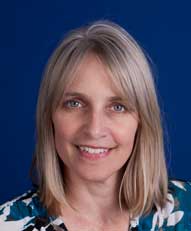 Sama, professor of Italian and Film Media and head of the Italian section at URI, joined the University in 1997 after receiving her doctorate in Italian Studies from Brown University. Under Sama’s leadership, URI now has one of the largest Italian undergraduate programs in the country.


Part of her success stems from her use of new technologies. When Skype was still a foreign word to many in the United States, Sama was using it in her classroom so that students could have real-time conversations in Italian with Italians in Venice and Florence.


For her fellowship, Sama – passionate about 18th-century Italian women writers and artists – is creating the first fully annotated edition in English translation of the correspondence of Rosalba Carriera, the most famous female painter in Europe during the first half of the 18th century. She lived from 1673 to 1757.


Together with co-translator Julia Kisacky, a lecturer in Italian at Baylor University, Sama will translate 350 letters from French and Italian into English. As editor of the volume, Sama will write an introduction with an analysis of Carriera’s life and work, focusing on her relationship with family members and female artists and students.


The book will be published in the “Other Voice in Early Modern Europe” series dedicated to women writers from the 14th to the 18th centuries. Sama is also exploring digital technologies to create a searchable database and timeline that will place Carriera, her letters, her works of art, and her 160-plus correspondents in literary and artistic circles across 18th-century Europe.


Sama’s first book was a biography and scholarly edition of the writings of Elisabetta Caminer, one of Italy’s first female journalists. On the eve of the French Revolution, Caminer directed a literary periodical in Venice devoted to Enlightenment ideals.


In addition to the fellowships, Sama and Rusnock have also received support from URI’s Center for the Humanities, the Council for Research, the Provost’s office, and the College of Arts and Sciences, including the Richard Beaupre Hope and Heritage Fund.


“We are grateful to receive these fellowships,” says Sama. “Our 18th-century research speaks to timely topics in the news – the role of correspondence networks, like today’s social media, and the debate over vaccines, especially for children.”

Photo above, bottom: Catherine Sama, professor of Italian and Film Media at the University of Rhode Island. Photo by Joe Giblin.