KINGSTON, R.I. —The University of Rhode Island is making a splash at the Rhode Island Film Festival this year with three short films that URI graduates helped bring to the big screen.

An invitation for a screening is an honor. Of 6,000 submissions from throughout the world, only 300 films were selected. The winning films also qualify for short films at the Oscars.

The three selected films are by graduates of URI’s Harrington School of Communication and Media. 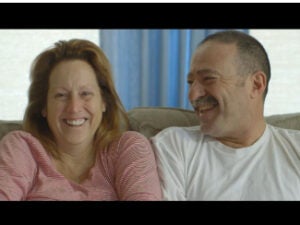 Colby Blanchet, of Pawtucket, a 2013 graduate, is the brains behind Ray & Jen about the joyous marriage of his parents, who met in a convenience store in Pawtucket in 1981. The film will be screened Tuesday, Aug. 8 at 7 p.m. at the Providence Performing Arts Center. Blanchet works at Gnarly Bay, a film company owned by another URI graduate, Dan Riordan.

Ashton Avila, of Glendale, Calif., also a 2013 graduate, will show I Got You, Babe, on Thursday, Aug. 10 at 2:30 p.m. in the auditorium at the Rhode Island School of Design in Providence. 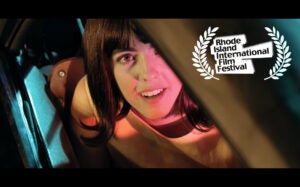 Avila says the idea for the movie came to her during a class called “Rebel Images in Film,” taught by Thomas Zorabedian, assistant dean of the College of Arts and Sciences and a faculty member in the film/media program at the Harrington School. During her research, Avila read about former President Lyndon B. Johnson’s executive order of Aug. 26, 1965 that would no longer exempt men from the draft if they were married. Young couples throughout the country rushed to the altar before the order went into effect.

Avila’s short film is based on the true story of a young man and woman as they travel to Las Vegas by midnight, with the bride-to-be having second thoughts about marrying in such a rush.

“The more I read, the more real this story became,” says Avila. “I couldn’t help but ask myself, what decision would I have made that night? Would I have married my high school boyfriend? Would I have found a friend to marry?”

A native of southern California, Avila moved back to Los Angeles after URI. She has worked as a production assistant, including one year for “Access Hollywood.” She is pursuing her master of fine arts in film production at Chapman University. 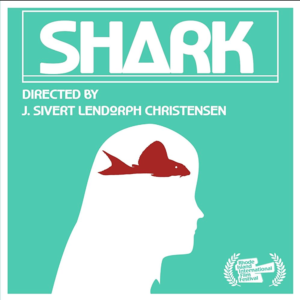 The third URI-related film, Shark, was produced by Mandi Grattan, of Coventry, a 2015 graduate. The film will be shown Saturday, Aug. 12 at 2:15 p.m. at Veterans Memorial Auditorium in Providence.

The film is about Milli, a 15-year-old girl working at her mother’s aquarium shop. Her dream is to work with sharks, and when an opportunity arises she has to decide whether to stay or head to the ocean.

“We’re very proud of these graduates,” says Rebecca Romanow, director of the film/media program at the Harrington School. “Ashton, Colby and Mandi are continuing their creative excellence with this much-deserved recognition of their work.”

“I am very proud that three of our recent graduates, as well as former students in my Honors film classes, have had their work selected into this prestigious film festival,” says Zorabedian. “This is yet another example of the talented students that our exceptional film/media program continues to produce. I’m confident we will see many more exceptional films created by our graduates.”

For a full schedule of festival films and activities, and details about tickets, call 401-861-4445 or visit http://www.film-festival.org.