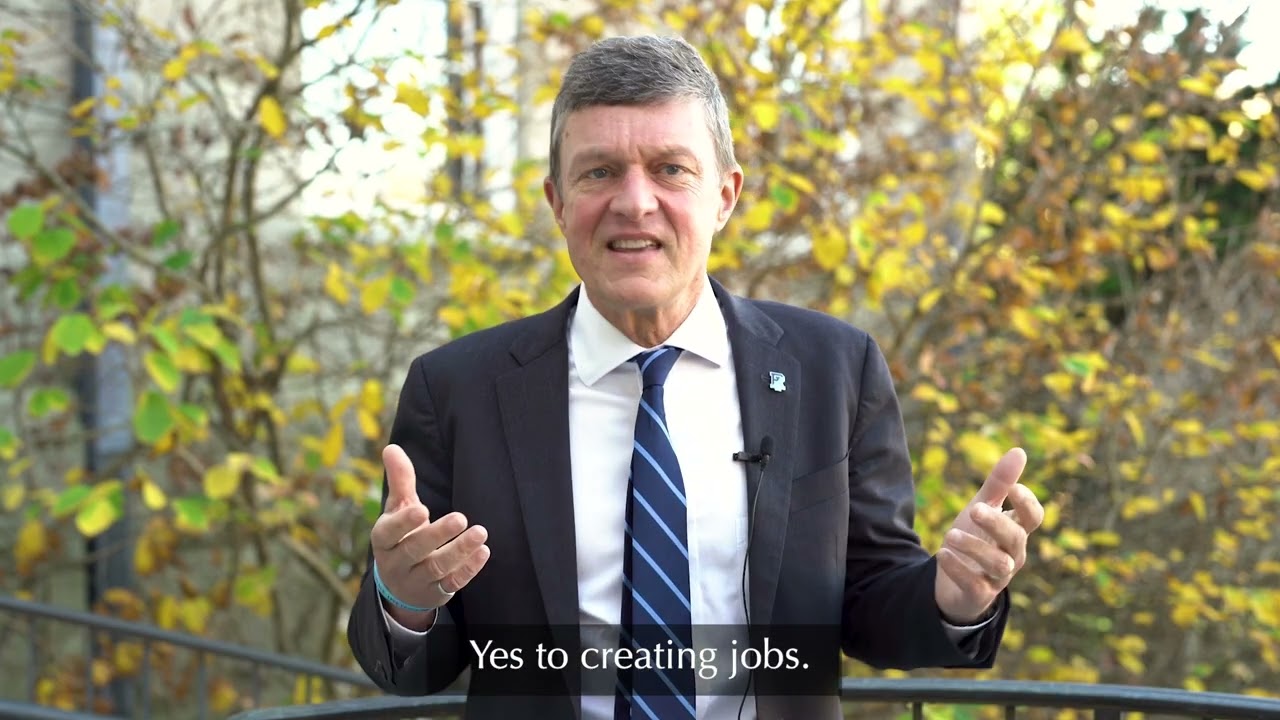 With 412 of 414 polling places reporting as of late Tuesday night, 57.5 percent of voters said they support investments that will keep URI and the state of Rhode Island at the forefront of the global Blue Economy. Twenty-nine Rhode Island cities and towns voted to approve Question 1, with support coming from every corner of the state.

“We are grateful to Rhode Islanders for their support of this bond issue,” URI President Marc Parlange said. “An investment in URI is an investment in our future. Together, we said yes to being leaders in the Blue Economy; yes to creating jobs; yes to research and science that protects the environment; and yes to building a flourishing hub of ideas, partnerships, and programs that will create a stronger economy for all of us.”

Parlange said the bond will create a thriving, modern Bay Campus that will spur critical job creation and economic development, drive innovation, and create sustainable and equitable career opportunities for all Rhode Islanders.

The Blue Economy—which includes industries related to sustainable, renewable energy; ocean engineering; marine trades; fisheries; tourism; and defense—is a critical driver of the state’s economy, generating more than $5 billion every year. By 2030, that total is projected to double to $10 billion.

A revitalized Bay Campus will have a profound impact on URI, the state’s flagship research institution. The pathbreaking work happening at the Bay Campus attracts more than $50 million in research grants each year to the University. Improved facilities will continue to attract top faculty and students, as well as additional research funding.

In addition to being a center of teaching and research, the Bay Campus is home to a robust community of academic centers, state and federal agencies, nonprofits and nongovernmental organizations, and private companies. The bond will transform the campus into the hub for Rhode Island’s Blue Economy, and the creation of new jobs and businesses in the Blue Economy will encourage students to stay in Rhode Island after graduation.

Approval of Question 1 continues a record of strong support by Rhode Island voters for investment in higher education and, in particular, in URI as the state’s flagship research university.