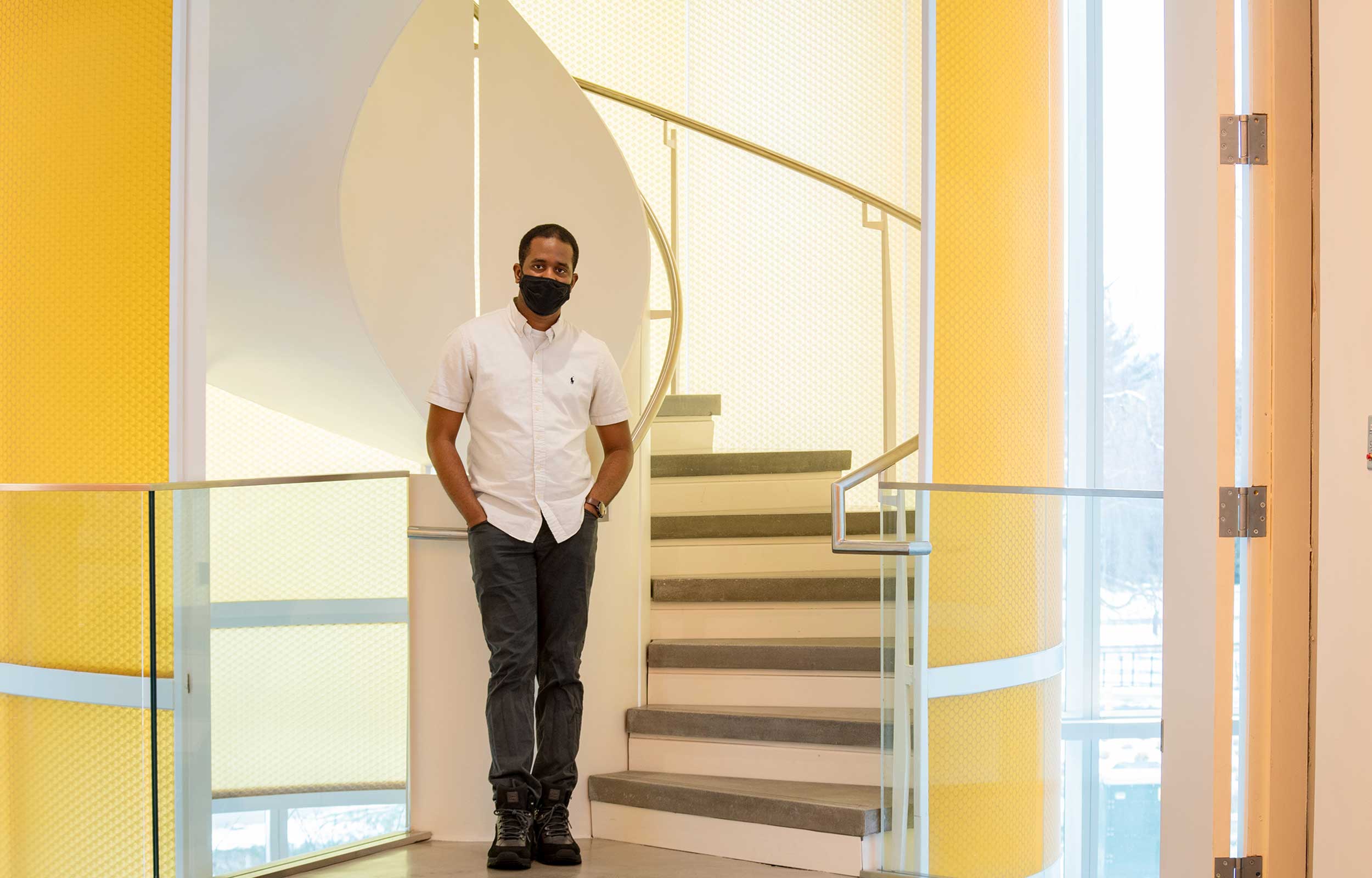 For several hours a day, Duroha and his family had to contend without power in a steamy tropical climate whose lows never dip much past 70 and highs soar into the mid-90s.

Nigeria ranks 15th in the world for oil production, and the lion’s share of its economy is dependent upon the fossil fuel. The country’s oil industry is not enough, though, to deliver the country from poverty or the outages. The situation spurred Duroha’s parents to steer him toward a career in science. “It was very important for my parents that my siblings and I study something that can take us out of poverty and that can take the people around us out of poverty as well. That’s the mentality back home.”

After completing a bachelor’s in engineering studying petroleum and natural gas and a master’s in chemical and petroleum engineering, Duroha was interested in exploring solar energy and wind power, which led him to URI where he’s studying industrial and systems engineering with a focus on solar energy systems as a Ph.D. student. “I reached out to professor Gretchen Macht, and I expressed my interest in renewable energy, in doing research in solar.” 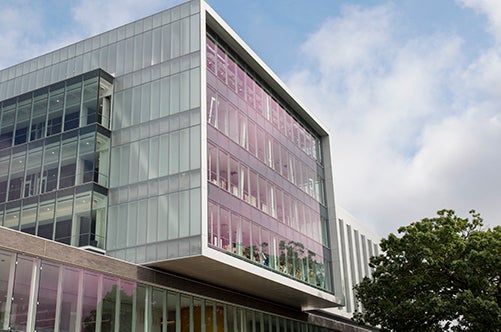 Duroha is looking to solve key problems in the solar industry, such as occupational risks. Occupational hazards for those who work in solar energy include falls from high elevations, electrocution, development of musculoskeletal disorders, and heat stress. “There’s a lack of availability in terms of information as compared to that in other traditional construction fields,” Duroha says. “And so I want to do a comprehensive literature review of what there is on these risks and review their effects on the workers.

“I’m also looking at the operational efficiency of solar systems through the lens of liability. I’m trying to create an algorithm that can look at a solar system, look at production estimates, calculate the error, and see what variables in the system are significantly contributing to that error. Based on that, you have an idea of how to adjust your system so that it could potentially produce more.

“We’re hoping to work with the solar farms installed here in 2018 and use that data, to create the algorithm.”

When he has completed his Ph.D., Duroha says he would like to work in research and development doing data analysis for an energy company looking to optimize data for maximum efficiency. A teaching assistant, Duroha is also interested in training the next generation of engineers and scientists. Last summer, he volunteered in an outreach program for diverse middle- and high school students interested in the STEM disciplines. The students engaged in activities in which they explore the potential of solar power. The goal is to get them thinking about college and careers in science, Duroha says.

“It’s very important to me to help other students get to where I am,” Duroha says. “Just like how other people have pulled me up, you know, I’m interested in pulling other people up as well.”