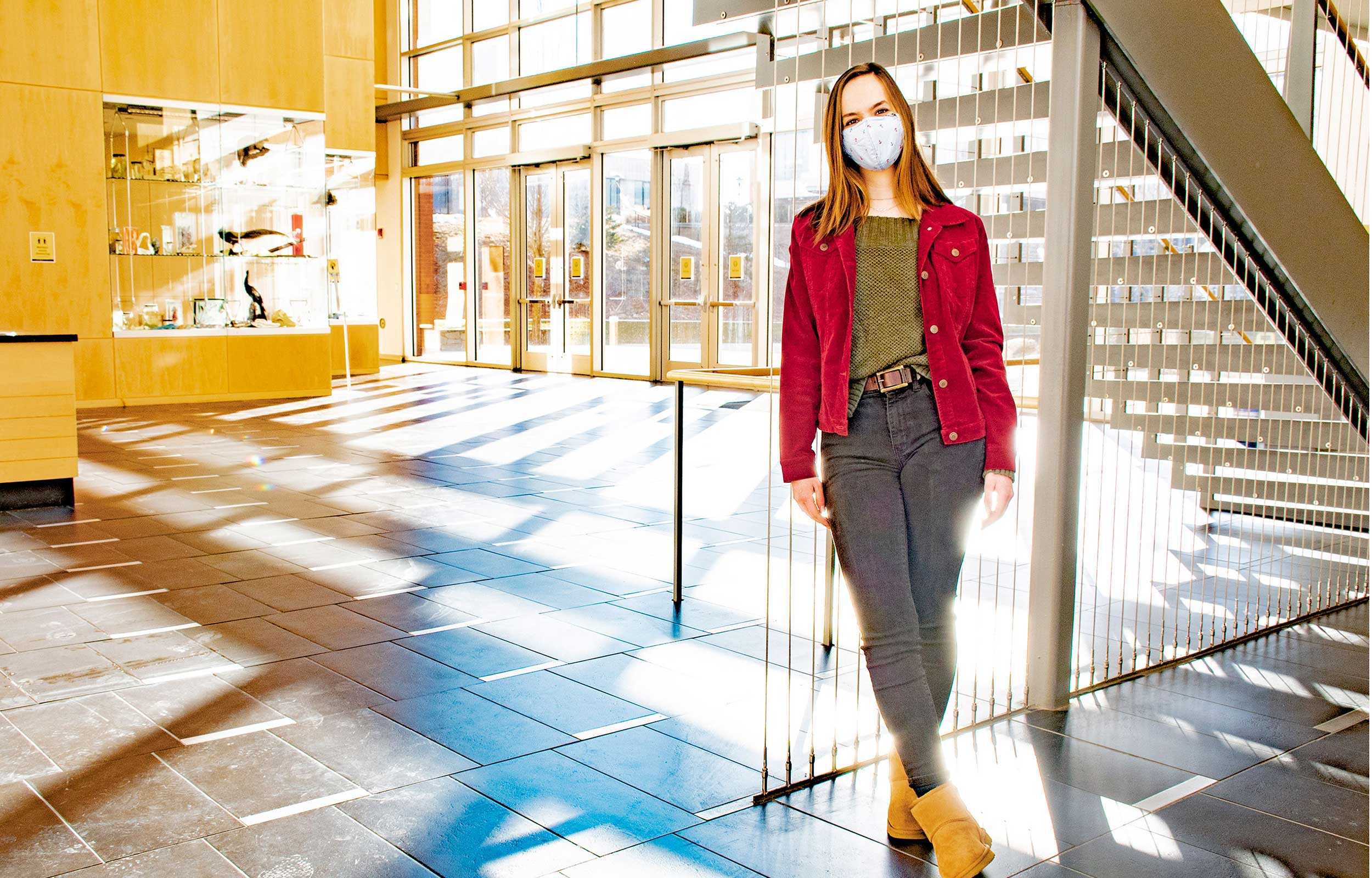 Sometimes seemingly disparate decisions have a design that comes clear only in hindsight.

Such is true for Julia Santini ’21, who will enter The Warren Alpert Medical School of Brown University come the summer. Santini was admitted to Brown through the Early Identification Program, a cooperative venture between Brown, URI, and a select few other Rhode Island schools. The program exists, in part, to increase opportunities for Rhode Island students to pursue careers in medicine.

The URI Honors Program offers students opportunities to take dynamic, interdisciplinary courses in the sciences and the humanities and to engage in original research alongside faculty who are leaders in their fields.

This year, medical schools nationwide saw a dramatic rise in applications, a 20 percent increase over 2019 numbers, a phenomenon the media has linked to Dr. Anthony Fauci’s prominence in the pandemic. Journalists and medical schools alike have taken to calling it the “Fauci effect.” And Santini has something in common with America’s most recognizable doctor, who was a classics major as an undergraduate. Like Dr. Fauci, Santini is equally at home in the STEM disciplines and the humanities.

Initially a biology major in the honors program, Santini added a second major, sociology, and then a third, Italian. By the middle of her sophomore year, she’d decided on a career in medicine. “There are many different careers that you can go into with a biology major, but I always had healthcare in the back of my mind. Talking to the advisor for pre-health professions, Andy Simmons, solidified for me that I wanted to pursue medicine.”

Santini said she expects to call upon lessons learned in each of her majors as a medical doctor. 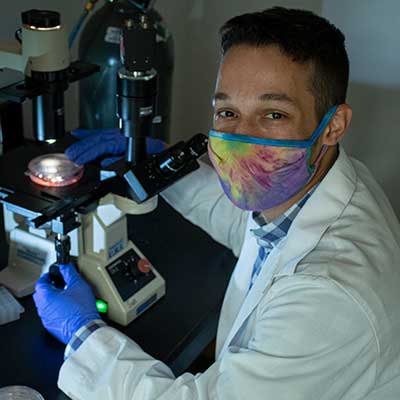 “In the beginning, it seemed like my three fields of study were diverse and segmented, but they’re actually interconnected. I see them really as three different ways to look at people. In biology, you’re looking at people’s cells and organ systems and how those things make a human being function. In sociology, you’re looking at how people become who they are based on their social context and what impact their environment has on them. As for Italian, I love studying culture and looking at what makes humans create art and language.

“I really see it all as three different perspectives on humanity.”

Much of Santini’s final semester is devoted to her honors project. “I’m investigating home-birthing practices in the United States,” Santini says. “Women’s health is something that I’ve become increasingly interested in. I did an independent study looking at global perspectives on reproduction last semester, as part of my sociology degree.”

Santini’s honors thesis examines birthing practices around the globe. “The United States doesn’t really have great maternal and neonatal outcomes for birth. I decided to take a look at home birth as an alternative option. Over the course of the pandemic, home-birthing has become an increasingly popular option as women have become nervous about going into the hospital.”

Santini is also the president of the pre-med club on campus and secretary of URI Women in STEM, a community pursuing careers in science and mathematics. Pre-pandemic, Santini was involved in Alternative Spring Break, a student-run organization that does service work nationally and globally. Last year, Santini led a student group that worked with Habitat for Humanity in Guatemala. And Santini works with URI’s Pre-health Professions Advising Program as a pre-health ambassador, talking with incoming students about the program as well as courses and clubs they might be interested in joining. “URI has great programs and professors and advisors who are very willing to help you to pursue your independent interests,” Santini says. “There’s a lot of flexibility to be had here.”

Santini is still considering what area of medicine she’ll specialize in. She’s interested in primary care and family medicine.

“I like family medicine because you get to deal with people in many different walks of life, and you really get to know people. You treat them for an extended period of time, and you’re treating the entire person with primary care, whereas, in other specialties, you’re really focused on one part of them or one part of their life.”

“Part of the reason why I’m interested in family medicine is that that specialty allows you to take a holistic view of people and the community.”

Building a sense of community

While Covid-19 dramatically changed Santini’s senior year, she says her professors have still managed to foster a sense of belonging. She, in turn, emulates in her work as a pre-health ambassador. “A lot of the work that we’re doing is trying to create a sense of community, which can be difficult to do with a diverse group of students interested in medicine, but we’ve been trying to make sure that students feel connected and know that they can reach out to us.”

Has she learned anything about herself as a result of the pandemic?

“I definitely feel more independent in my schoolwork. Having classes entirely online and a lot of them being asynchronous has forced me to create my own schedule and work independently.

“I think that confidence will serve me well in health care.”