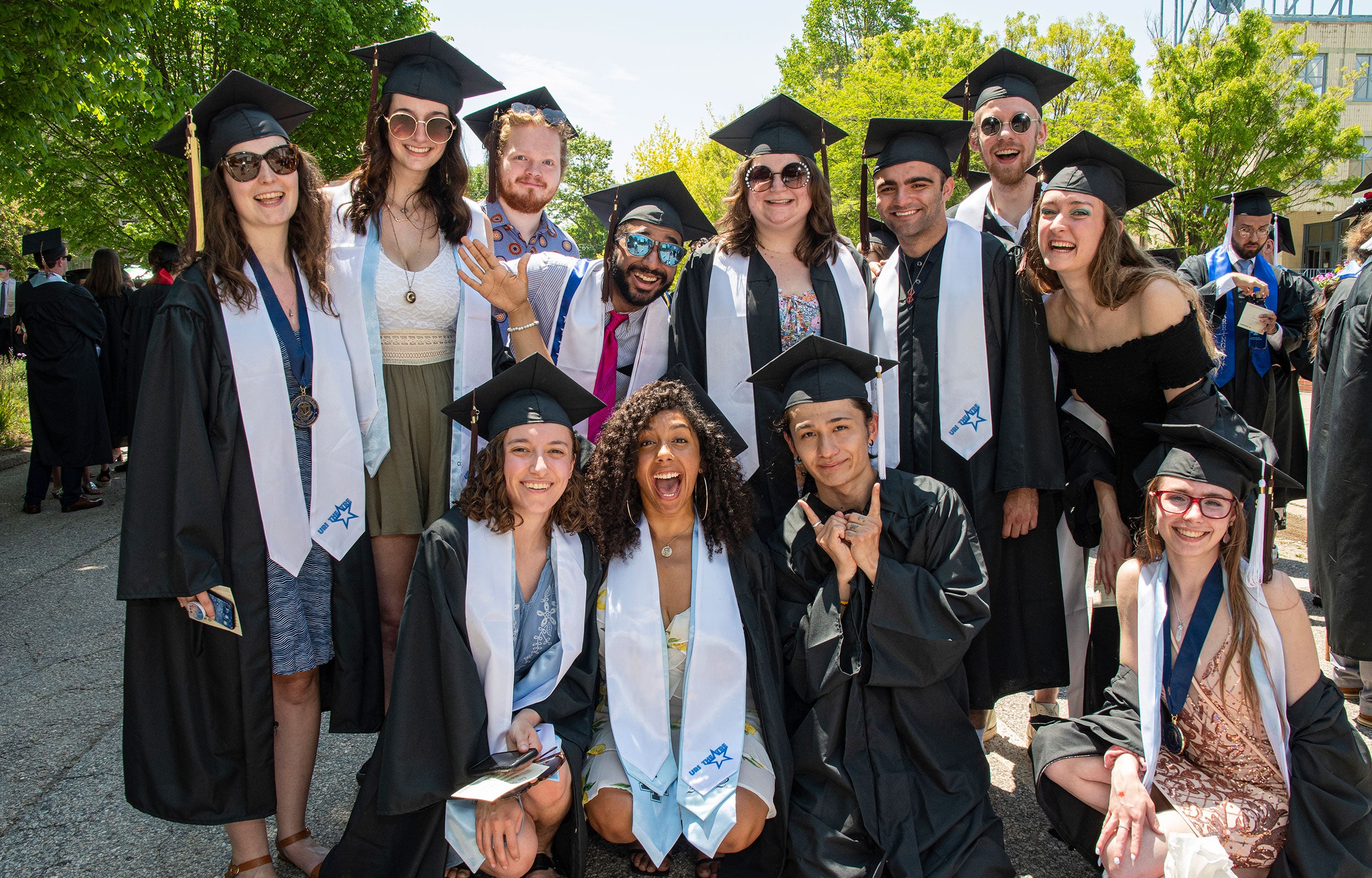 The University of Rhode Island celebrated its 136th* Commencement with in-person ceremonies on the Kingston Campus May 20-22, conferring 4,402 degrees upon 4,069 students – 3,593 undergraduate and 809 graduate degrees. (Some students earned multiple degrees.) 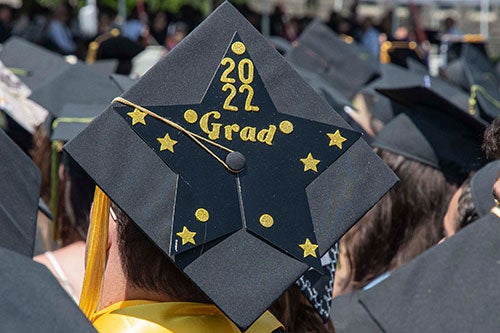 Congratulations to the Academic Excellence Award winners in the Class of 2022.

By College and department

Undergraduate members of the Class of 2022 range in age from 20 to 64. Among graduate students, the youngest student awarded a degree was 22, the oldest 69.

Among the graduate degree recipients, close to 60% of graduate students are from Rhode Island, 10% are from Massachusetts, 7% are from Connecticut, 3% percent are from New York, and 2% are from New Jersey.

The University is extremely proud to have 57 veterans in the Class of 2022. Thirty-two were undergraduate degree recipients and 25 received graduate degrees.

The class of 2022 also includes 16 sets of twins and one set of triplets.

More than 14,000 family members, friends, and members of the URI community were present to cheer on the new grads.

In case you missed it, here are some images of URI’s latest grads!

*Many wonder how this could be the University’s 136th Commencement when we are 130 years old. According to URI history, from 1943 through 1948, two ceremonies were held each year to accommodate the war veterans. Ceremonies were held in June and January or February. In 1944, there were three ceremonies—held in January, May and September.