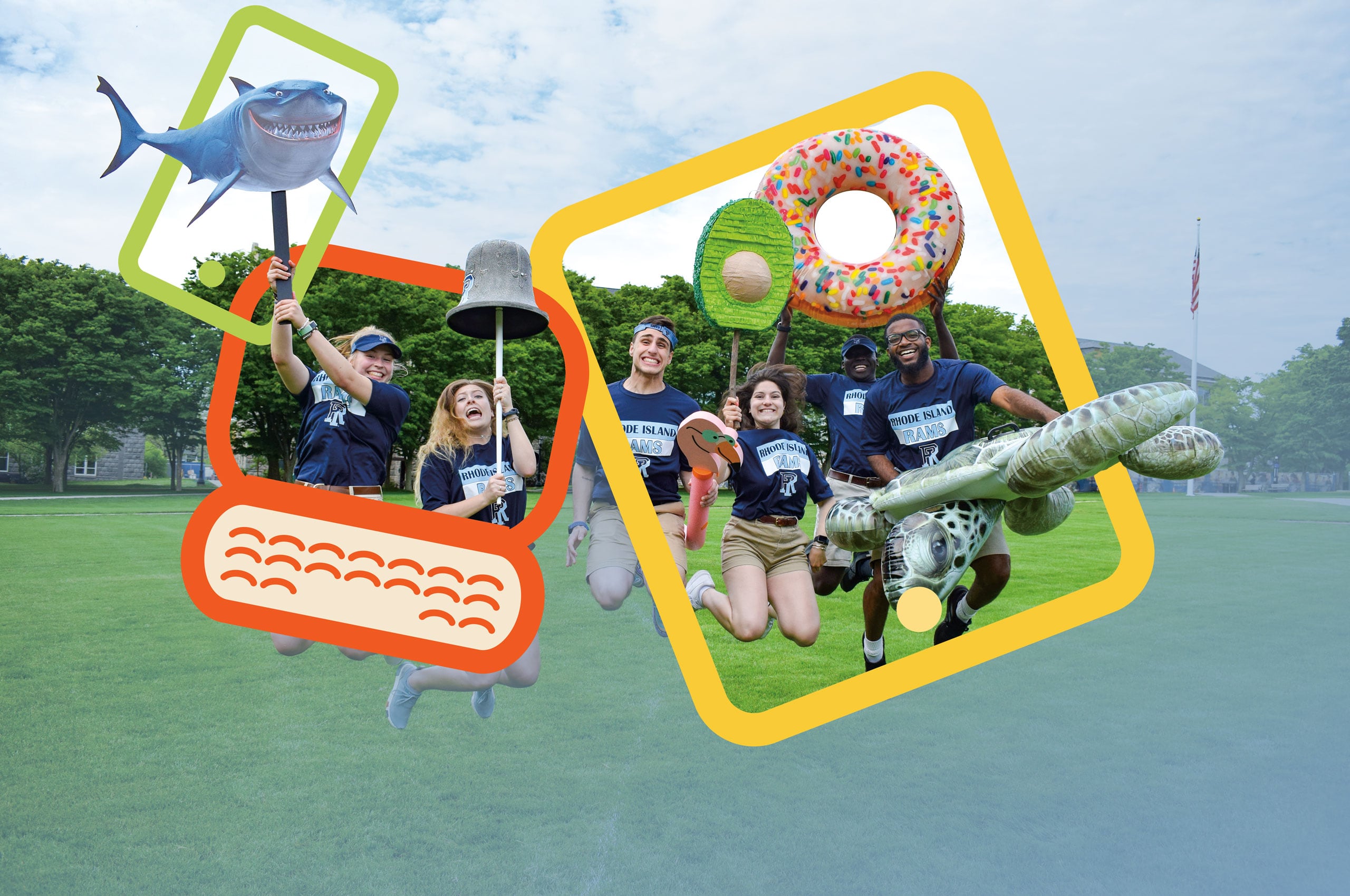 How do URI’s orientation leaders build enthusiasm in the age of COVID-19? By being open and honest.

A virtual experience that keeps it real: That’s the goal URI’s orientation leaders have set for themselves as they take incoming students through the orientation experience online. Justice Douglas ’22, a nursing major, encourages her groups to text or email her with questions. “The very quiet students reach out,” she says. “I want to make myself available to them as much as possible.

“There’s sadness there, but students are also excited at the idea of something new,” Douglas says. 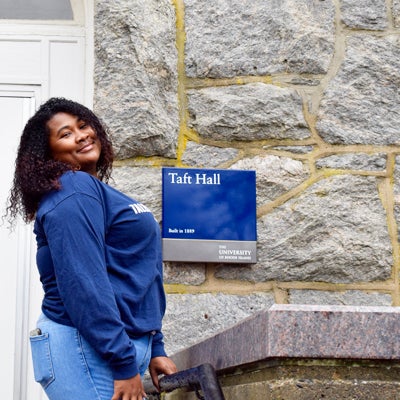 URI 2020 Orientation leaders like Justice Douglas '22 are happy to welcome new students to the Ram Fam, encouraging them to reach out with their questions and concerns.

Questions about housing and dining as well as whether classes will be online or in-person are the most common, says Meghan Harrington ’21, secondary education and history major. “We’re able to answer a lot while trying to let them know we’re feeling for them. Even though the end of their high school careers was not what they wanted, URI is going to be a new chapter in their lives.”

Jason Alexis ’20, who graduated this past May, says he lets students know their concerns are valid and heard. “I remind them that all decisions the University makes are made with their best interests in mind.

“I tell them to keep their heads up and be open to what happens,” Alexis says.

“There’s always going to be unknowns,” Harrington adds. “But it’s gonna work out.”

The three orientation leaders have the same advice: Get involved. “Put yourself in a position that makes you uncomfortable. Do it,” Douglas says. “This is the time to figure out who you’re becoming as an adult.”

“I was a shy student when I arrived, but I blossomed into this leader I didn’t know I could be,” Harrington says.

“Be open to paths and opportunities that come your way,” Alexis adds. “Countless doors are going to open up for you. You never know what might change your life for the better.”