When Angela Gonzalez ’16 encounters racism or discrimination, she reaches for her paints and brushes.

Why? A conversation has greater impact than an argument, she says. “I’ve seen violence, I’ve watched people have bad experiences,” Gonzalez says. “Art helped me in my own mental health. It was therapeutic.”

Gonzalez figures what’s good for the individual is also good for the community. So, when vandalism to Providence’s Westminster Street in early June forced many shop owners to board up their storefront windows, Gonzalez and other muralists offered to cover the plywood sheets in art. The artist, whose nom de guerre is Agonza, painted a portrait of her friend, Miss Rhode Island USA Jonét Nichelle. 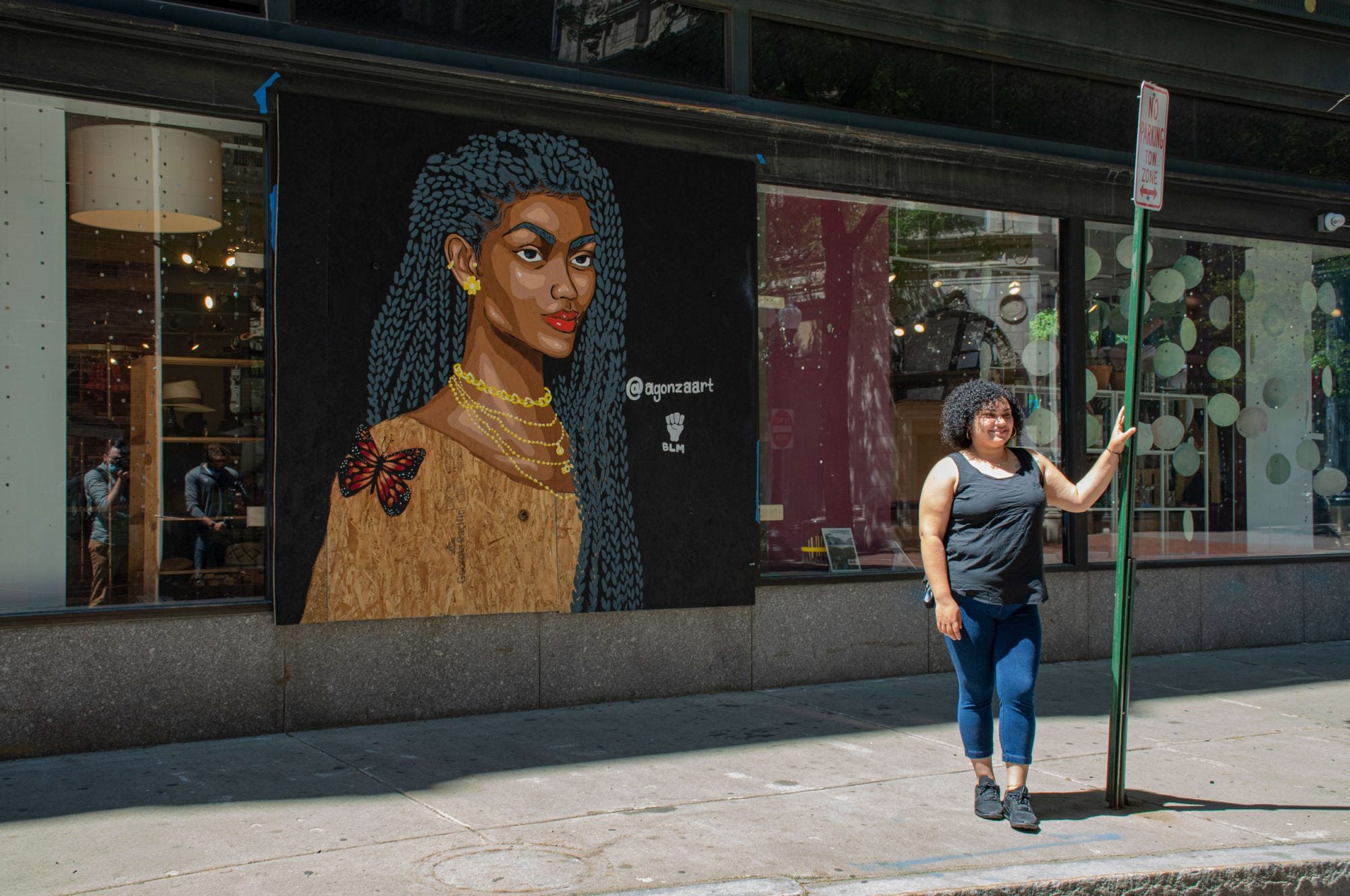 “I came down to Westminster Street and saw what was going on and wanted to do something about it,” she said. “In my art, I’ve always focused on what connects us. I’m doing what we should be doing: uniting and supporting each other.”

Gonzalez grew up in Providence’s Manton Heights but spent her teen years in the Dominican Republic. At URI, she found a home in the Department of Art and mentors in the Talent Development Program’s Edward Shear and art professor Bob Dilworth. “Bob would say, ‘Bring your color out. Bring who you are. Go big or go home,'” Gonzalez says.

Weekdays, Gonzalez is a social worker who works with children with disabilities; off-hours she’s working on a pair of murals for Providence’s Hartford Park. Her subject: the neighborhood’s residents. “I want kids to look at it and see their grandmother there and know that they can be inspired by the people around you,” Gonzalez says. “You don’t need to look to celebrities. You can look to the people of your community.”

In my art, I’ve always focused on what connects us.” 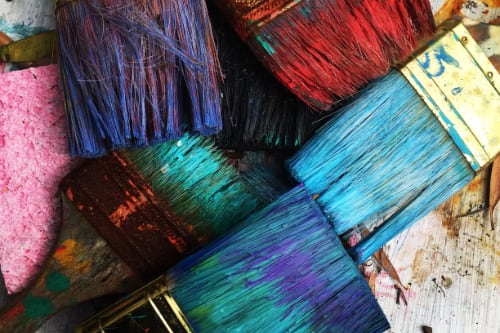 We offer an experiential and integrated visual arts program where you can develop your creative instincts.

This desire to paint neighborhood heroes is why she chose to put Miss Rhode Island USA Jonét Nichelle’s likeness on Westminster’s Street’s Queen of Hearts boutique. Response to the mural has been overwhelmingly positive. Museums have expressed interest in buying the mural and Gonzalez is in talks to auction it off with proceeds to be donated to a Black Lives Matter nonprofit. One day she wants to create a nonprofit of her own, an organization of artists dedicated to transforming their communities through the arts. “I am a protester, a revolutionist’s artist,” Gonzalez said. “My passion is changing things.”

Certainly, Gonzalez’s work commands attention. In the course of creating the mural, construction workers and passers-by would strike up conversations with Gonzalez, affirming her belief that activism takes many forms and art inspires.

After stopping and studying the mural, one little girl told Gonzalez she, too, wanted to be an artist, saying, “I’m going to paint mommy on the wall,” Gonzalez recalls.