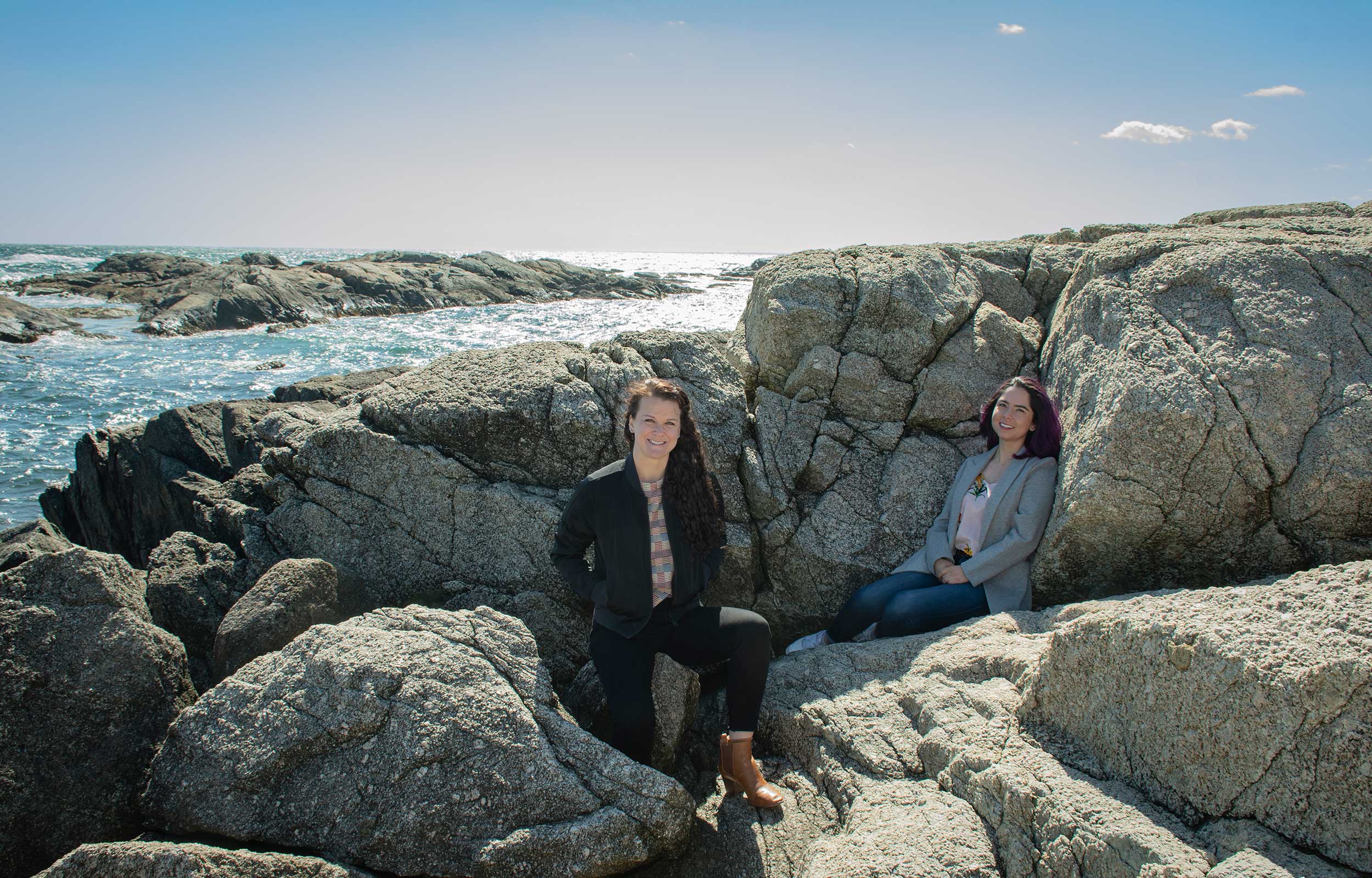 The end of spring semester means commencement celebrations, new beginnings, and summer plans. And for some URI students, faculty, and new graduates, it’s a time of life-changing opportunities for study and travel as recipients of the country’s most prestigious academic awards, scholarships, and fellowships. This year is no exception, and URI is delighted to commend the following Fulbright, Boren, Hollings, and Goldwater awardees on their accomplishments.

Assistant Professor Elizabeth Mendenhall has been advising graduate student Eliya Baron Lopez for two years, and they developed a close working relationship as they studied marine plastic pollution in the ocean and issues of marine policy. Now both the professor and her student have been awarded Fulbright fellowships to continue their research on opposite sides of the world. Mendenhall in Iceland and Baron Lopez in South Korea.

Beginning in January, Mendenhall will spend six months in Iceland, teaching classes on the law of the sea at the University of Akureyri and studying how a small nation like Iceland has such an outsized influence on international ocean law.

Baron Lopez will use her Fulbright award to spend 10 months studying South Korea’s strategies for managing marine litter. Beginning in August she will collaborate with Korea Institute of Ocean Science and Technology researchers to better understand the success of methods of reducing plastics pollution in nearby waters. “I want to understand how we can govern and monitor marine debris globally between countries,” she said. 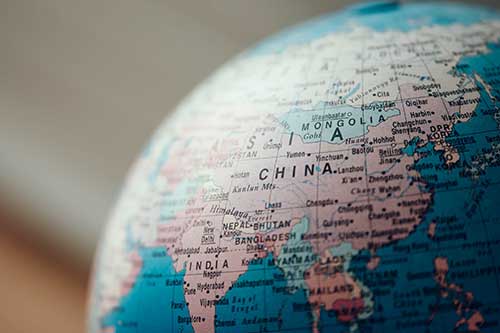 A World of Opportunities

URI's Office of National Fellowships and Academic Opportunities advises and assists qualified undergrads, recent alumni, and current graduate students interested in applying for national and international scholarships and fellowships. URI students have become finalists and won some of the most prestigious scholarship competitions in the world.

Meg Jones, a graduate student pursuing a Ph.D. in education, has been awarded a Fulbright grant to conduct research in Finland. Beginning in August, she will work with faculty at the University of Helsinki and its AGORA for the Study of Social Justice and Equality in Education Group examining global approaches to LGBTQ+ inclusion in teacher preparation programs.

Recent Africana studies grad Wila Matos ’21 will teach English and U.S. culture to university students in Brazil. She chose Brazil in part because she wanted to hone her Portuguese language skills, but also because she is interested in Black history and wanted to learn about the Portuguese colonization of Brazil. “The Fulbright program is all about community and learning from other people, and I realized that’s what I’ve always wanted to be a part of,” she said.

Fulbright awardee Jay Rumas ’21, a political science and history recent grad, will head to the Slovak Republic where he will spend nine months researching populism there. “I think it will be very interesting to see how the rhetoric of populist politicians impacts a minority groups like the Rusyns, who have really fought to preserve their identity over the past 100 years,” he said. “I want to see whether they have any different opinions on this matter than Slovaks, who are the dominant ethnic group. I think it’s not only relevant to the area, but also to the world and to America as well.”

Zachary Smith, who graduated from URI in 2020 with degrees in electrical engineering, German and Chinese through the International Engineering Program, will be headed back to Taiwan this September as a Fulbright awardee to pursue a master’s degree in energy engineering at the National Cheng Kung University in Tainan City. Because of the pandemic, Smith’s first trip to Taiwan as a Boren scholar in 2020 was cut short. Smith plans to pursue a career in the renewable energy industry. In Taiwan, he will be taking classes in various energy sources—wind, solar, bio, hydro and nuclear.

Rosaria Pisa, teaching professor of sociology and chair of the Department of Gender and Women’s Studies has been selected as a Fulbright Scholar to research changes in rural communities and teach for six months in southern Italy. From January to June 2022, Pisa will divide her time between studying gender and rural transformations in the Benevento province of Campania and teaching at The University of Naples, L’Orientale.

International relations graduate student Adriana Wilding has been awarded a Boren Fellowship worth up to $25,000. Wilding will travel to Azerbaijan to study intensive Turkish through the Boren’s Turkish Flagship Language Institute. Undergraduates Kate Dubois ’22 and Kaylee Goyette ’22, participants in the International studies and diplomacy and Chinese Language Flagship programs, have each been awarded a Boren Scholarship worth up to $25,000. They will spent their senior year in Taiwan studying Mandarin.

The Boren Awards are among the most prestigious study abroad awards offered to American college students. The National Security Education Program, a federal initiative to expand the pool of American citizens with foreign language and international skills, sponsors the awards. In exchange for funding, recipients agree to work for the federal government for at least one year. Since 2011, 27 URI students have received a Boren Award.

Four URI sophomores have been awarded the Ernest F. Hollings Scholarship from the National Oceanic and Atmospheric Administration, the most prestigious scholarship awarded to undergraduates studying the marine sciences.

The award provides the students with a total of $19,000 toward tuition in their final two years of undergraduate study plus a paid summer internship at a NOAA laboratory during the summer between their junior and senior years. Since 2005, URI students have won 33 Hollings Scholarships, at least one every year since 2009, one of the highest totals of any institution in New England.

Two URI juniors have been awarded $7,500 as recipients of the 2021 Barry M. Goldwater Scholarship, the most prestigious national scholarship for undergraduates studying the natural sciences, mathematics, or engineering.

Raymond Turrisi, a mechanical engineering and computer science major, and Myles Wagner, a marine biology and cell and molecular biology major, were selected for the scholarships. They are among 410 recipients of the scholarship this year from a pool of more than 5,000 applicants.

Students must be nominated by their academic institution in order to apply for the Goldwater Scholarship, and each institution can nominate up to four students. At URI, the application process is conducted through the Office of Fellowships and Academic Opportunities within the Honors Program. Twenty-four URI students have been named Goldwater Scholars since 1989.