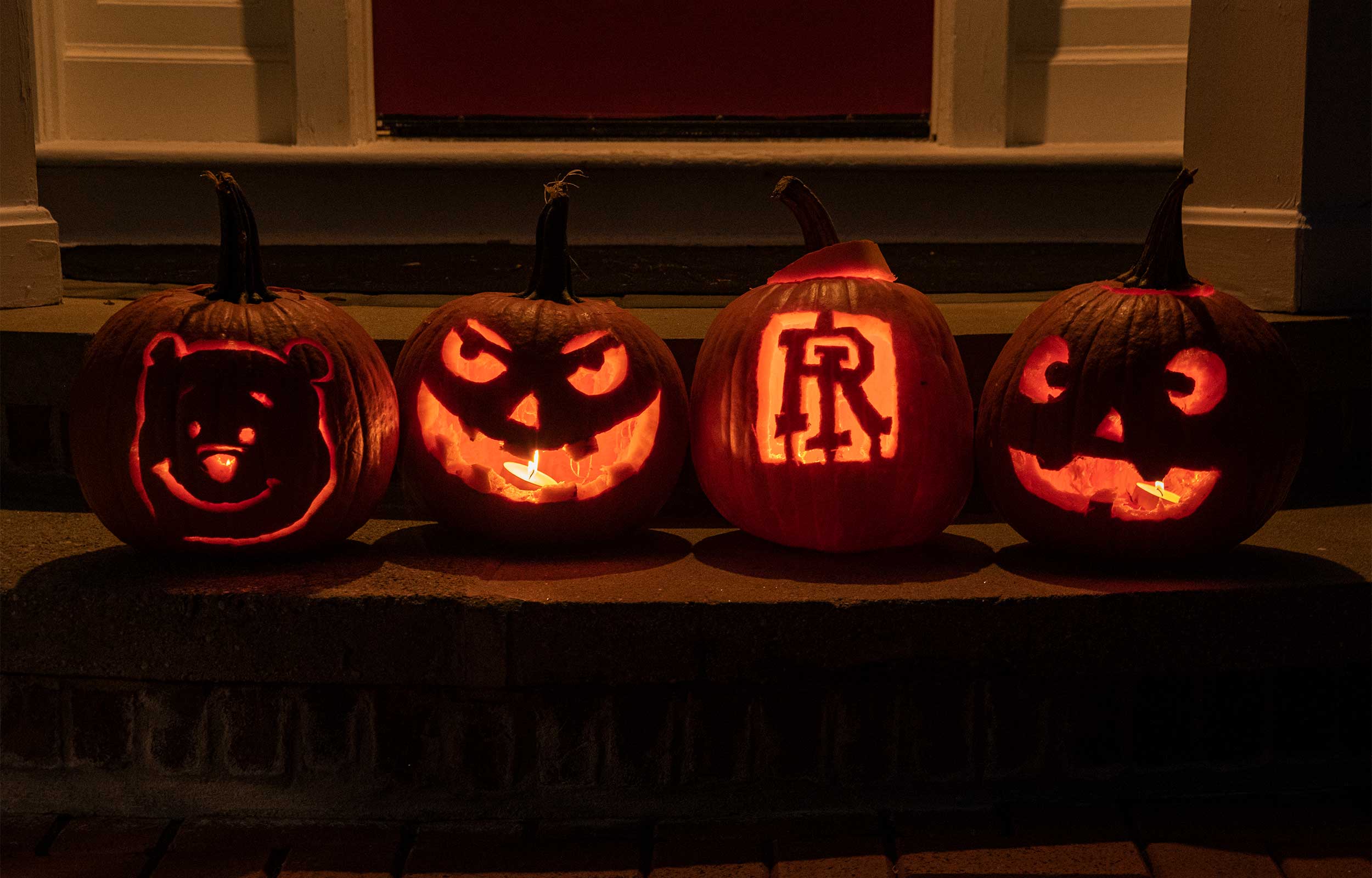 Last week, members of URI’s Student Senate gathered at the Kingston home of URI President Marc Parlange to do some jack o’lantern carving with the president and his wife Mary.

Jack o’lantern carving is an Irish tradition tied to the trickster character Stingy Jack, who was condemned to haunt the countryside with a piece of lit coal after being barred from heaven and hell. Legend has it that the Irish carved frightful faces into large turnips and potatoes to ward him off. When the Irish immigrated to America, they incorporated pumpkins into the tradition. 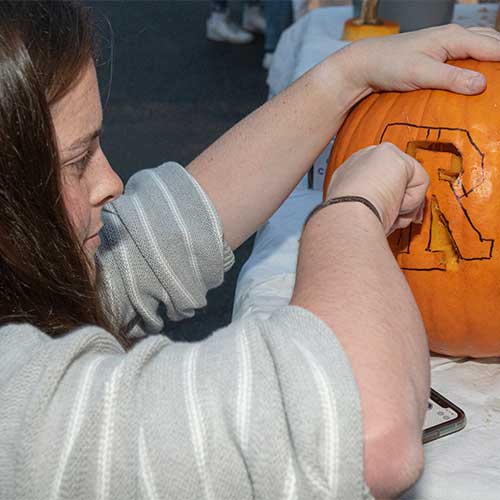 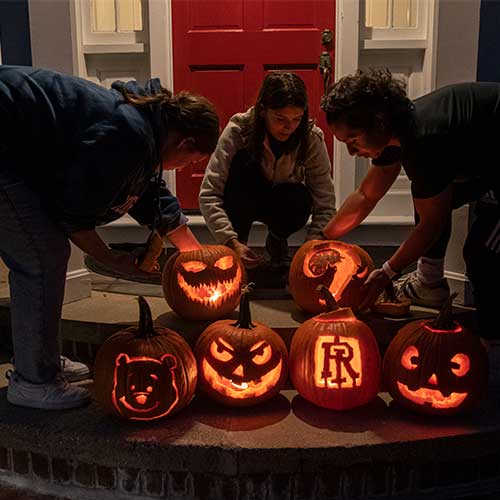 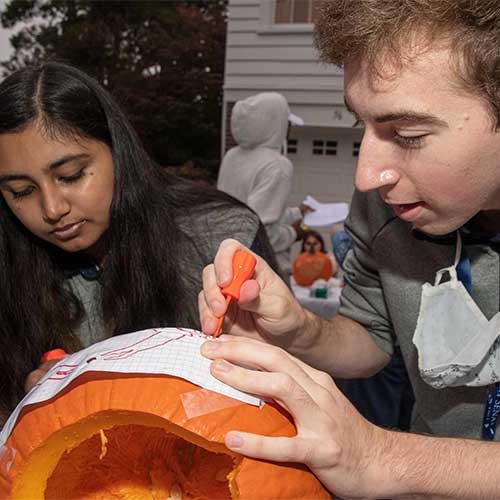