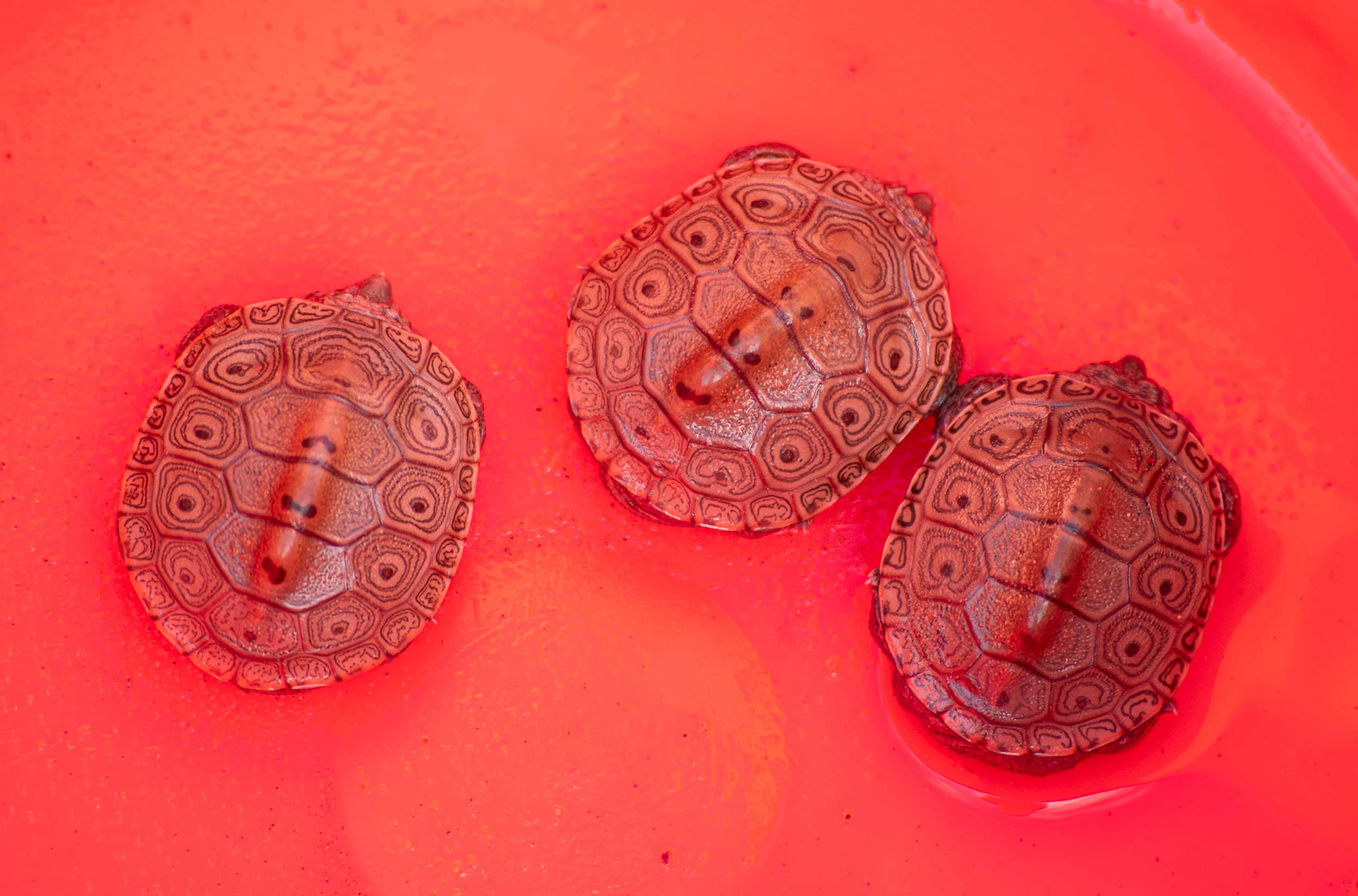 Coastal fellows monitor diamondback terrapin hatchlings to assess their health and collect other data as part of an effort to protect the Ocean State’s rarest turtle.
Photo credit: Nora Lewis

She spent four months immersed in intensive studies of horseshoe crabs, the ancient marine creature whose abundant eggs provide important food for migrating shorebirds. She and graduate student Natalie Ameral sought to determine whether the various populations of horseshoe crabs in southern New England waters are genetically distinct or whether they interbreed. 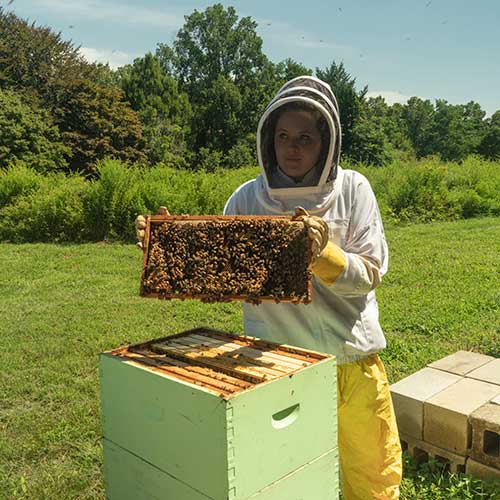 As a undergraduate student in the Coastal and Environmental Fellows program, you'll gain real hands-on research experience in your field of study. Photo by Kyle Sidlik.

“Understanding the specifics of each population is super important,” said Sorgie, a wildlife and conservation biology major. “Knowing the specific details of the populations—their survival rate, how far they travel, for instance—has a lot of implications for how to manage them.”

Sorgie visited nearly a dozen locations along the Rhode Island coast at night during high tides to record data from spawning horseshoe crabs and collect a tissue sample from each animal. She also led a laboratory-based project to monitor how the crabs recover from the tissue sample collection process.

Her research was supported by the URI Coastal and Environmental Fellows Program, a unique initiative designed to involve undergraduate students in addressing current environmental problems. Now celebrating its 25th year, the program pairs students with a mentor and research staff to help them gain skills relevant to their academic major and future occupations. Nearly 1,500 URI students have participated in the program since its inception.

Research subjects vary tremendously. A student might participate in a project to measure water quality in local ponds, track sharks in Rhode Island Sound, monitor tick populations, evaluate the hydrology of vernal pools, assess the preferred flowers of local bumblebees or one of many others.

Environmental science major Julia Vieira created the state’s first list of wildflowers preferred by each species of bumblebee to identify the floral resources needed to increase bumblebee diversity in the region. “The decline of bumblebees is concerning because they are a keystone species that pollinate wildflowers and crops,” she said. “I wanted to see if there was a correlation between the flowers present and the bees we were seeing.”

Cara Megill and Jacqui Roush investigated plastics pollution around Narragansett Bay. “We wanted to get an idea of how microplastics are dispersed across the bay if more are concentrated in some places than others, and how it changes with time and weather,” said Roush, a sophomore marine biology and ocean engineering major. “The project relates to a lot of issues around the bay, like the impact of microplastics on aquaculture and its effect on the local ecology.”

Senior Justin Moore’s Coastal Fellowship was spent capturing and tracking the movements of one of the region’s most unusual birds, the American woodcock. For several days each week, he used a special antenna to locate birds that had been previously tagged with a tracking device.

Moore appreciated the opportunity to get his first hands-on experience through the Coastal Fellows program. “I came in with no prior research experience, and I learned to do so many things—mist-netting to capture the birds, radio telemetry to track them, how to handle birds, and so much more,” Moore said. “I got so much out of it.”

Sorgie did, too. But she said that the most important thing she learned from her horseshoe crab project was to challenge herself.

“I knew coming into this project that I was just a freshman, but I shouldn’t let that limit me,” she said. “I learned to challenge myself and go after what I want and don’t let my inexperience hold me back. And it ended up being a great experience. It opened up ideas for what I could do with my future.”

It’s still early for her to have identified a distinct career path, so Sorgie is seeking more hands-on research opportunities—both in the field and in the lab—to help her determine her next steps.

At URI, she has plenty of options to choose from.