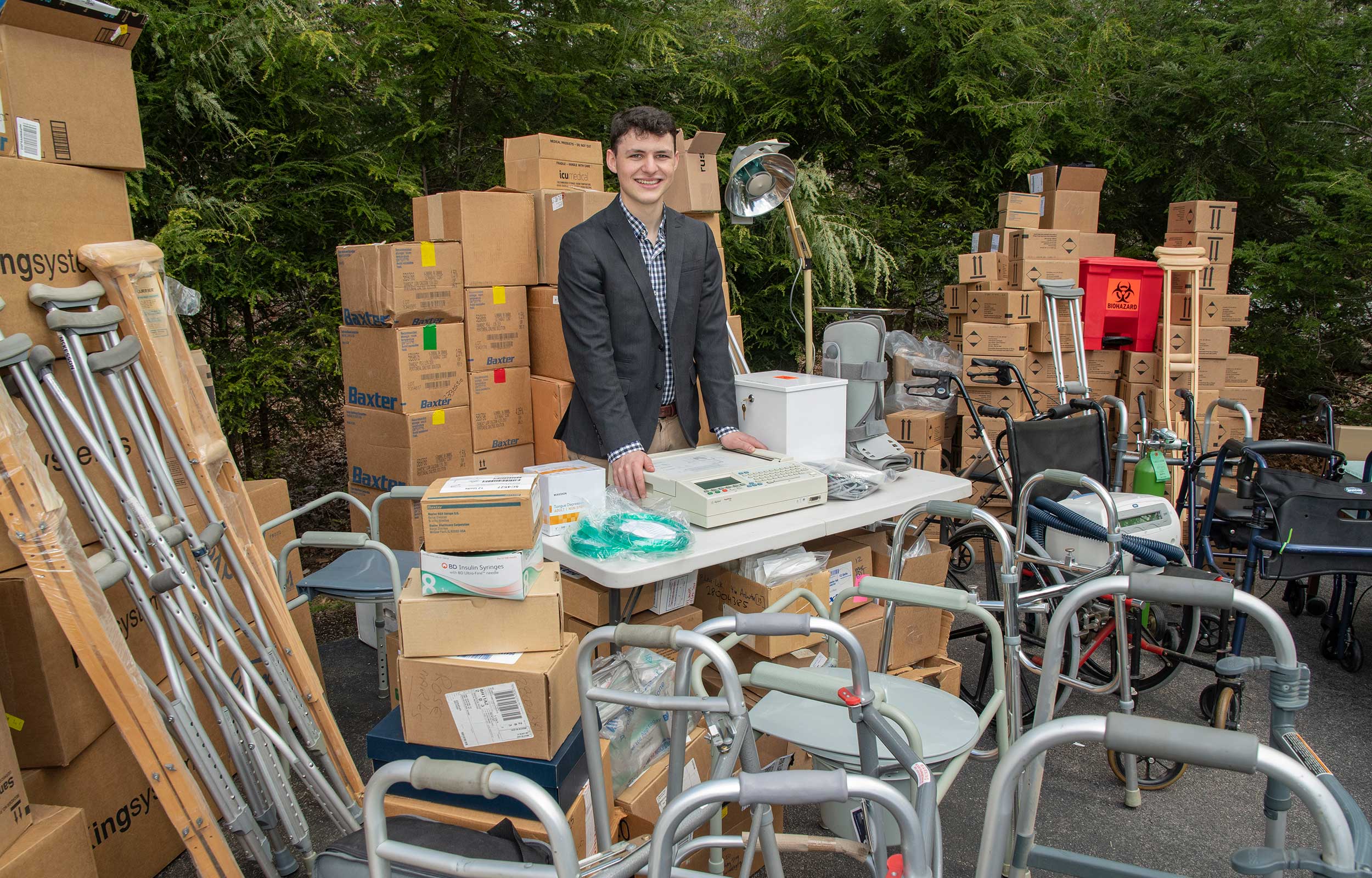 Bonneau ’21 postponed college for a semester to do basic training in the Rhode Island Army National Guard but will graduate URI early because he accelerated the typical undergraduate’s timeline by taking classes through URI’s Winter J-Term program and in summer sessions. A biology major, he will begin the one-year MBA at URI’s College of Business in the fall and is anticipating medical school after that.

“At URI, I saw that if I finished my bachelor’s as soon as possible, I could really move on to the next chapters of my life and pursue things that could help me serve the common good at a faster rate,” Bonneau says.

Bonneau also made time in his undergraduate career to start a nonprofit, America’s Recoverable Medical Supply (ARMS), with the help of a URI undergraduate research grant to determine the environmental and humanitarian implications of recovering medical supplies. Through the nonprofit, Bonneau collects new medical supplies for distribution worldwide. Ultimately, Bonneau hopes to fashion a career that combines his interests in philanthropy, entrepreneurship, medicine, and sustainability. 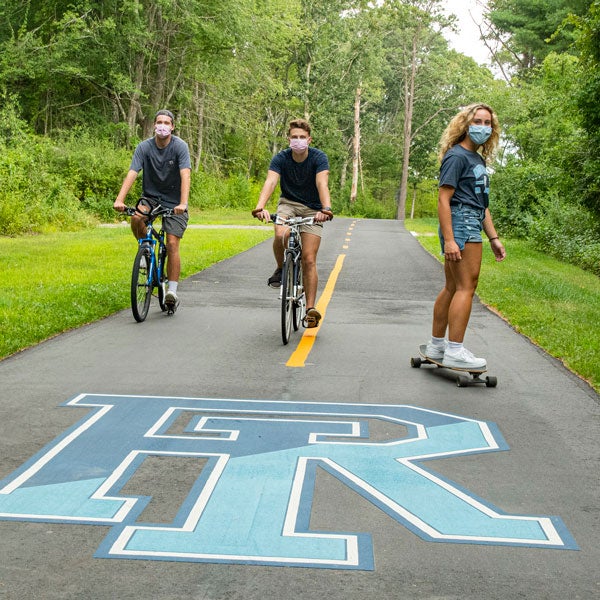 Summer sessions at URI are an affordable and convenient way to earn college credits. We offer courses at our Kingston and Providence campus locations, as well as study abroad—and over 200 more online.

A Rhode Island Army National Guardsman and a combat medic, Bonneau says the idea for the nonprofit came to him while doing a routine inventory of medical supplies. “We had set aside hundreds of pounds worth of supplies to be thrown away. And a lot of what was being thrown away was either because we had gotten a new shipment, or we had supplies that weren’t going to be used. So we were just going to throw them away, viable medical supplies, and it just had me thinking, this doesn’t seem right.

“So I brought it up with my chain of command. I asked if I could collect these supplies and donate them to a local organization for humanitarian aid. And they said, ‘Private, do whatever you want.’”

That initial haul amounted to several hundred pounds worth of new medical supplies. Finding a local organization ready and able to receive the bounty proved harder than Bonneau imagined. The closest organization willing to take the supplies was in Maine.

‘Something had to be done’

“It’s actually a common thing that happens in health care all the time: supplies are thrown away because of federal regulations, institutional protocols, or supply surplus,” Bonneau says.

“I recognized there are needs of supplies for medically underserved populations worldwide, and I also knew the extensive environmental impact that health care has in the U.S. One research article I read said that if health care in the U.S. were its own country, it would be seventh in carbon emissions, and I knew that something had to be done.”

Bonneau’s garage is now filled with boxes containing supplies that range from simple catheters and blood transfusion kits to EKG machines. He and a couple of other URI students have collected 3,500 pounds of supplies thus far. Bonneau has developed relationships both with clinics interested in donating supplies and with a partner that will redistribute what is collected to overseas organizations interested in using the materials for clinical and educational purposes.

Asked how he manages it all, Bonneau smiles. Basic training—which culminates in a 12-mile run with a 50-pound rucksack on your back—alters your perspective on what you can do, he says.

“Once you finish something as difficult as that, well, I don’t think anything else has really compared to that. So anything else that has come up that’s been extremely difficult for me, I just look back on that and I’m like, well, if I can do that, I can do this.

“If you’re really passionate about something, you make it work,” Bonneau adds. “I’ve been able to accomplish a decent amount at URI. And I haven’t had to sacrifice things like my grades to pursue nonprofit work. URI made it possible to combine my interests and to contribute to the common good.”