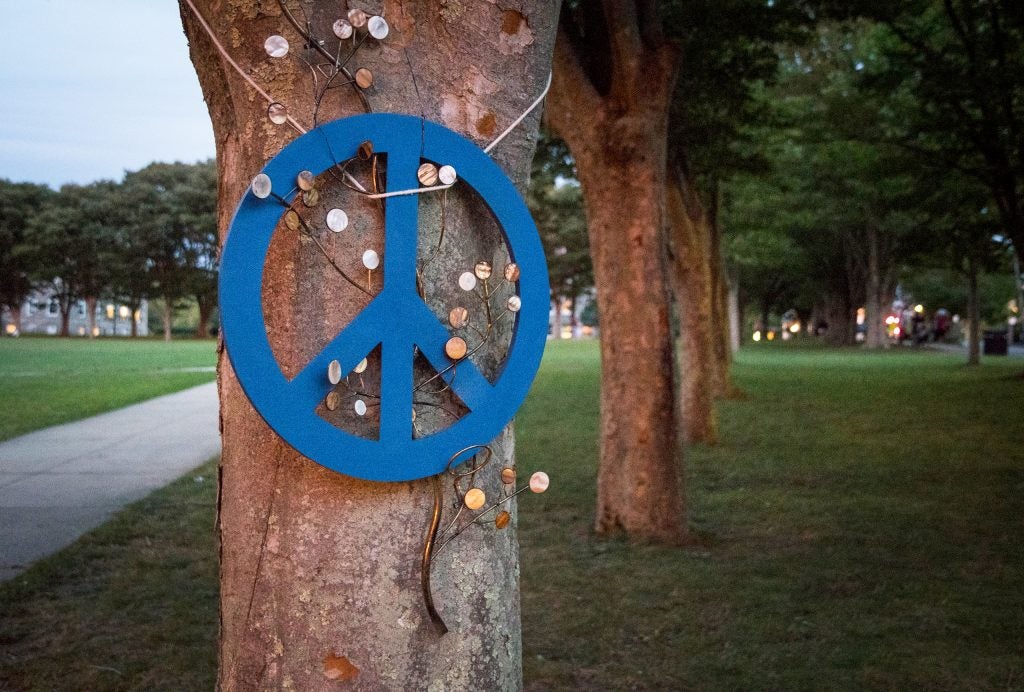 Peace on the Quad.

An expert in Martin Luther King’s philosophy of nonviolence who trains people in its principles, Smith says nonviolence practitioners are on the offensive, looking beyond the violent incident to find the root cause.

“You don’t treat a spider or snake bite with a Band-aid, Smith said. “You go find the antidote.”

Smith participated in the University’s 19th annual International Nonviolence Summer Institute at the URI Center for Nonviolence and Peace Studies this June. The Institute attracts participants from all over the world. More than 60 people participated in the training, led by civil rights activist Bernard LaFayette, Jr. Ed.D., founding director of the Center, and Paul Bueno de Mesquita, Ph.D., the Center’s current director.

Since its founding, the Center has certified more than 600 people who have, in turn, trained thousands in conflict-stricken nations how to cope in peaceful, nonviolent ways. “Participants learn how to establish institutions and ongoing training programs,” LaFayette said. They can incorporate those strategies into other institutions, like prisons, school systems or even industries. Some are even directed toward political leaders to persuade them to pass laws and policies to help underserved people.

During the academic year, URI’s Center for Nonviolence and Peace Studies offers courses in conflict resolution and programs and events that bring visiting peace scholars and activists to campus. Students may also pursue an interdisciplinary minor in nonviolence and peace studies through the Center.

Smith, who trains others to become nonviolence trainers, will begin a master’s degree at URI in the fall. She’ll study international development with a focus on global peace. “I want a career in helping people and, through my learning about nonviolence, I’ve come to know that violence happens when people are operating out of fear. And the answer to their fear, they feel, is hate.

“I want to help them overcome that,” Smith said.