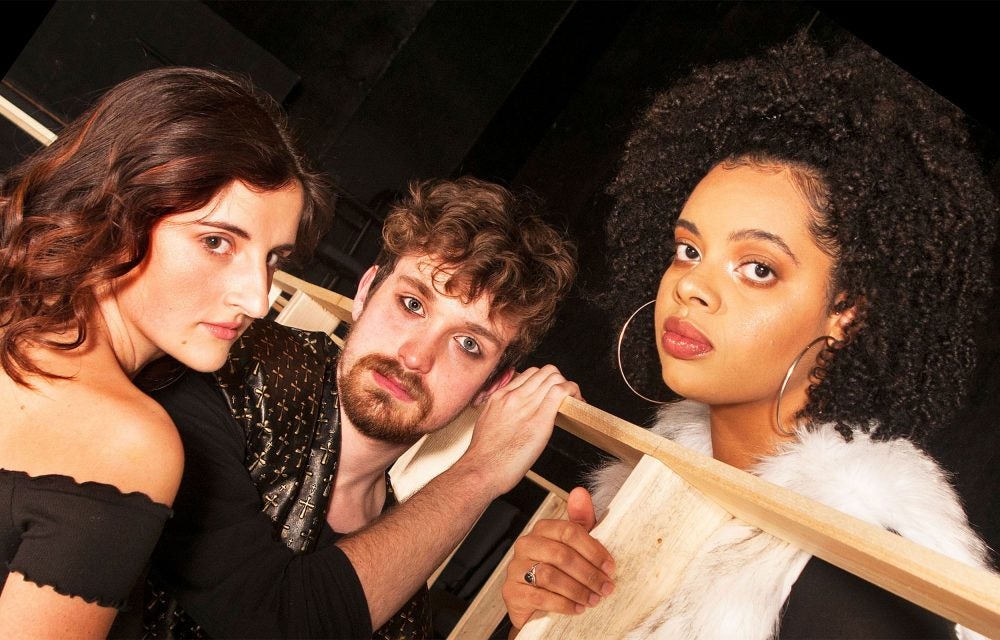 Imagine the most foul, most vile, most devious villain you can. Make him more clever than Voldemort, more vicious than Thanos, and way more calculating than Maleficient—a creature so hellbent on evil that the very sight of him would send Gollum skittering and have Darth Sidious cowering in his hoodie.

Now you’re getting closer to Richard III, 16th-century supervillain, a “poisonous, bunch-backed toad” of a king, one of Shakespeare’s very worst and the title character in URI Theatre’s next production, “Richard III,” which opens on Thursday, Feb. 20.

Matt Oxley ’21 has the task of playing the nefarious hunchbacked royal. It is Oxley’s first leading role. A theatre and math double major, he performed last year in URI’s production of “Lady Windermere’s Fan” and in a student-run production. The complexity of Richard III, both psychologically and physically, can and does cause worry in even the most seasoned actors—just watch Al Pacino’s documentary “Looking for Richard” for proof. So, how has Oxley prepared for the role?

“With a lot of the versions I’ve seen, Richard III has this really intense hatred for everyone around him. And I think he has that, but he can’t afford to be hateful when interacting with these characters that he’s trying to manipulate.”

But, Oxley asks, what pushed Richard to this point?

“It’s so cool to play him, and it’s not a type of person you see often,” Oxley says, “but you’d be surprised at how many people have some of his qualities—because they’ve been beaten down for a physical deformity or something else people perceive as lesser.

“And as a result, there’s going to be trauma; something that holds you back and keeps you in the dark or sparks something else and pushes you forward. And I think Richard is the latter, where he’s dealt with his physicality and he doesn’t let that stop him.”

So can a deep dive into such a character elicit empathy? Well, sort of, Oxley says. The character Richard III is still a liar, still a murderer, still a grave threat to women and children, he says.

Yet, Oxley may be onto something. Joaquin Phoenix’s Best Actor Oscar for “The Joker” might indicate that people recognize something of themselves in characters that stick to the shadows.

“Everyone has something they think holds them back or actually does hold them back in our society,” Oxley says. “But that thing can also produce a fire.”