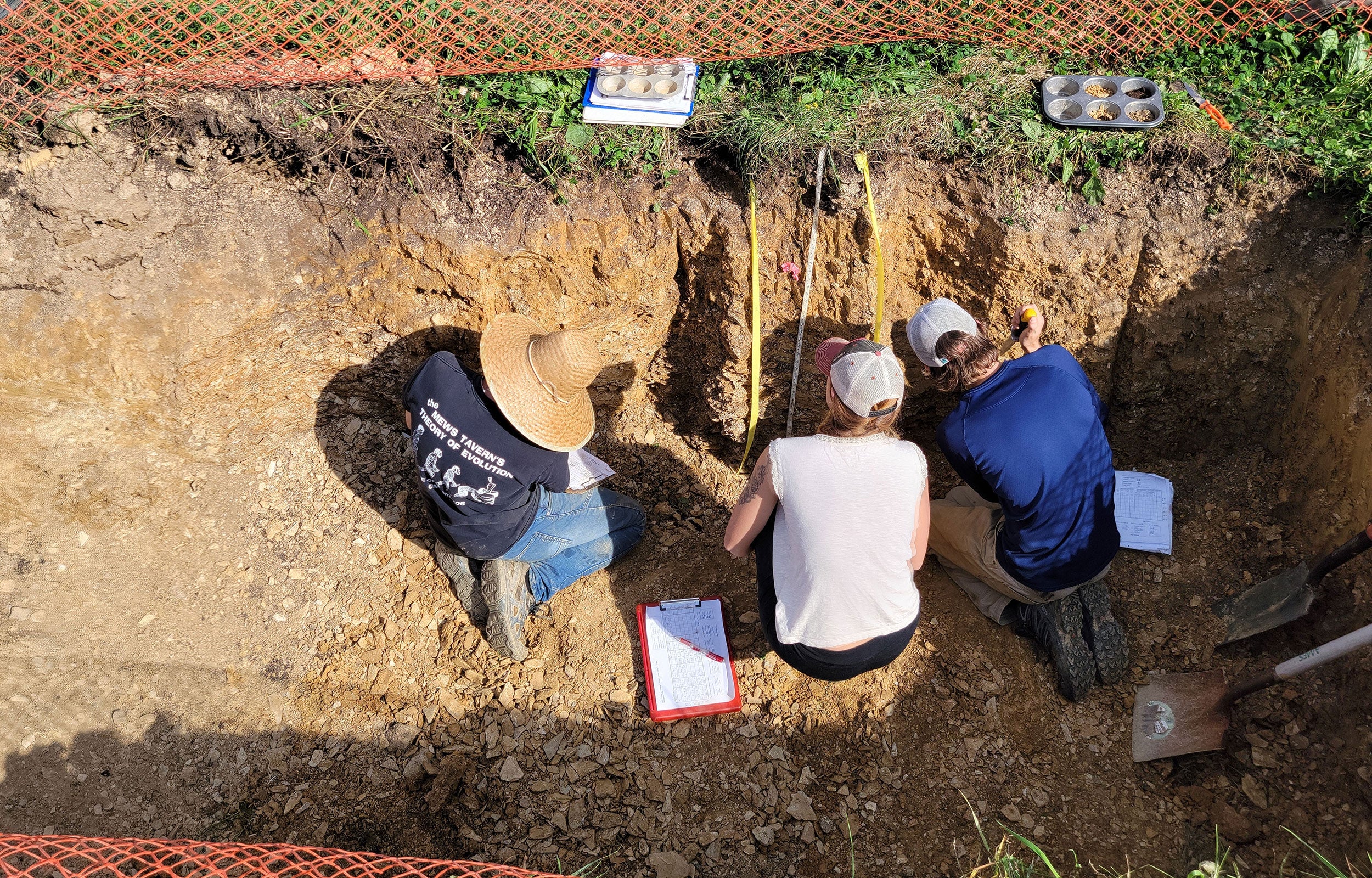 Few of us put much thought into the dirt beneath our feet. But for URI students fascinated with the study of soil science, it often results in national recognition.

A team of nine URI students just won another prize to add to the University’s trophy case. As winners of the Northeast Regional Soil Judging Competition in Pennsylvania, the group will head to the national championships in April.

Their success isn’t a fluke. URI has a long record of achievement at the competition. The University won the national team championship in 2011 and placed in the top five three other times in the last decade. A URI student has won the individual competition three times since 2010.

“The complexity of soils is really interesting,” said senior Morgana Agin, an environmental science and management major. “There are so many different things to learn about it. And it’s so important for the health of our planet and our food and us living here. It’s an up-and-coming science, which makes it exciting to be a part of.”

Soil judging is a contest to correctly identify, evaluate, classify and describe the profiles of soils from pits dug into the ground. Students must climb into five-foot deep pits to identify the soil layers, describe their properties, classify each soil according to the USDA soil taxonomy, and evaluate their potential uses. 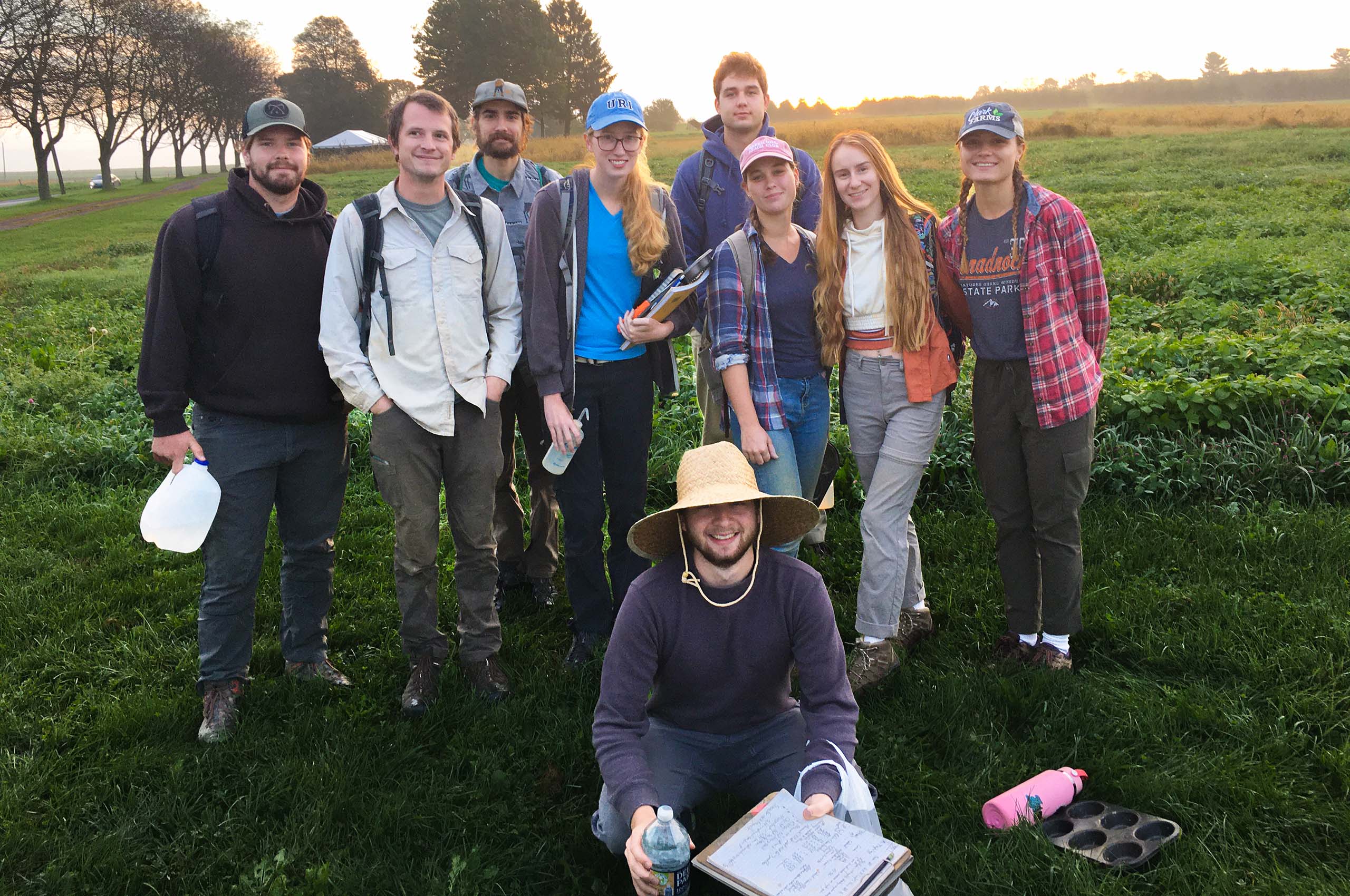 The URI student team, winners of the Northeast Regional Soil Judging Competition, will advance to the nationals in April.
Photo credit: Mark Stolt

Junior Braden Fleming, who placed second in the regional competition, became interested in soil judging after learning about the vital role soils play in what he called “the life cycle of everything.” But what he most enjoyed was the atmosphere of the competition and spending time with other students with a similar interest.

“I grew up in team sports, and it was cool to get that same competitive feeling with all these people,” said Fleming. “It was an incredible learning experience, and being part of a team again and helping each other out was awesome.”

Environmental science and management major Casey Hogan is focused on a water-related career, but he said that “anybody who knows anything about water knows that soils and water are interrelated. Like pizza and beer, they go together. Having a good understanding of the chemistry of soils helps you understand how water works.”

Hogan said that what he likes most about soil judging is the learning experience. “Everywhere has different soils, so it’s really cool to see something you’ve never seen before and understand the different problems associated with different areas,” he said. “It’s empowering to be able to go into a pit and make real world decisions, like where you can and can’t build a house or put a septic system, based on reading the soil.”

For those interested in learning more about soils, the soil judging team is excellent practice for future careers in environmental consulting, sustainable agriculture, wetland ecology, environmental conservation, hydrology and many other fields.

“This is all stuff we have to know in any soil-related job,” said Morgana Agin. “It’s been good to have to apply what we’ve learned in the classroom. Being out there in the dirt and testing ourselves was really useful. And it was nice to work with each other and get to know other people in my major.”