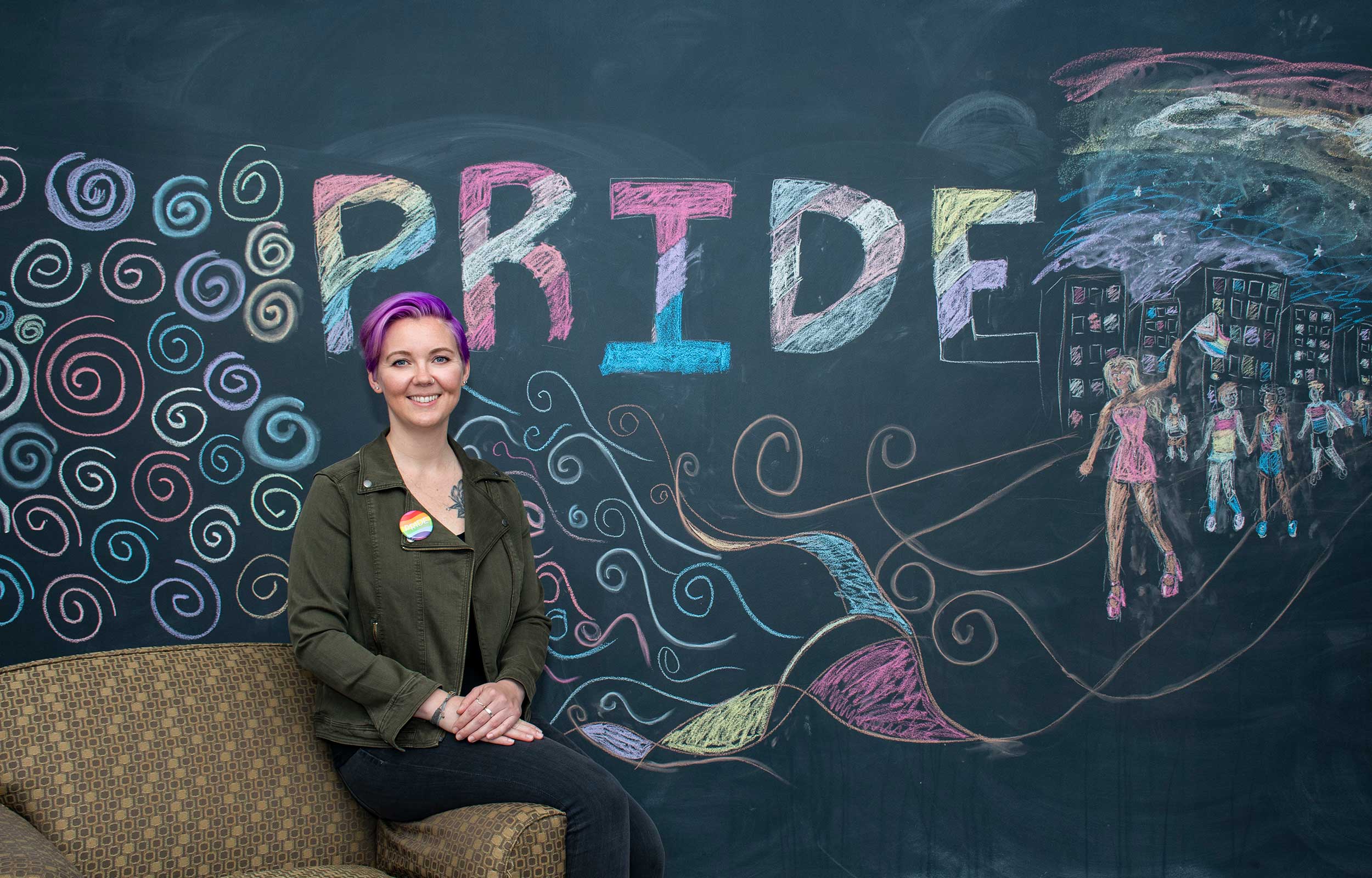 When Meg Jones learned that Danielle Dennis, her major professor at the University of South Florida, was headed to Rhode Island to become director of URI’s School of Education, she knew she had to go, too.

“I wanted to continue my study with her and I knew about URI’s Gender and Sexuality Center and that URI was one of the first schools in the country to include several gender-affirming services in its student medical insurance,” Jones said. “And I wanted to be a part of that university.”

Now a URI doctoral student, Jones has been awarded a prestigious Fulbright grant to conduct research in Finland on global approaches to LGBTQ+ inclusion in teacher preparation programs. She is pursuing her Ph.D. in education and will work with faculty at the University of Helsinki and its AGORA for the Study of Social Justice and Equality in Education Group. Specifically, her research will focus on LBGTQ+ inclusive practices within the broader context of the Finnish educational system.

A focus on social justice

“Finland is very much idealized as having one of the best education systems in the world,” said Jones. “Yet when surveyed, queer youth in Finland are very much facing similar percentages of discrimination, mental health issues, and suicide ideation as queer youth in the United States.

“However, the University of Helsinki has a master’s level teacher education program that is focused on social justice and changing education. So, I am going to be looking at what is happening in this program to help push the boundaries of what we think of as inclusion,” said Jones. “It’s such a unique teacher education program and a unique educational system and political system. There’s a lot to be learned there.”

Jones discusses how much of what we see right now in classrooms is on the acceptance level, and says, “I approach this research from a critical level of ‘How are teachers going into classrooms and calling into question the structures that make us have to ‘accept’ queer students?'”

She notes the importance of moving beyond acceptance. “These are integrated lives and cultures and experiences that should be normalized and represented. Not just because you might have queer students in your classroom—but for all students.” 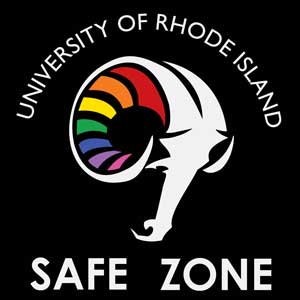 At URI, Jones has been active in the Graduate School’s Diversity and Inclusion Badge Program and facilitated a session on “invisible” sexual orientations, specifically asexuality, bisexuality and pansexuality. She’s also participated in the University’s Safe Zone Project, a training program that covers issues affecting the LGBTQ+ community and how best to be an ally.

In addition to collecting research and writing her dissertation, Jones hopes the experience will allow collaboration with her colleagues in Helsinki to publish internationally. Ultimately, her hope would be to return to URI and replicate the study.

“I think it would benefit our community and our URI culture,” said Jones. “We are known for our Gender and Sexuality Center and for inclusiveness. I have felt very supported by the faculty; everybody seems interested in my work. I think my being a student here and this being my research topic, and also me choosing to be out about my own sexuality and relationships, being unapologetic about it, has put it on people’s radar, and it’s been embraced.

“And yet there is always more work to do and more to learn.”

Giving back to URI

A non-traditional, first-generation college student, Jones initially dropped out of high school before obtaining her GED certificate. After a couple of false starts, she obtained her bachelor’s degree from the College of Central Florida and her master’s degree at the University of South Florida in Tampa.

Jones was encouraged to apply for the Fulbright by Dennis. “I first met Meg as a student in the University of South Florida’s Master of Arts in Reading Education program. Her ideas, and the way she conveyed them through her writing, stood out to me as some of the most advanced I’d seen, so I encouraged her to consider a Ph.D. program. The path she took into higher education provides her with a unique perspective on education, and I believe the Fulbright will serve to propel her work as an advocate for LGBTQ+ youth,” said Dennis.

“I dropped out of high school; I dropped out of community college—not because of lack of academic ability. It was just life. It has been a bumpy road, but now I’m sitting here somehow as a doctoral student, I’ve received a Fulbright award,” said Jones. “I’m certainly not a traditional applicant by Fulbright standards. So, I would encourage any student who is interested to apply, regardless of whether you think you are too old, or too inexperienced or don’t have the right educational background.”

The Fulbright U.S. Student Program provides high-achieving students with the opportunity to research, study or teach abroad. The Fulbright Study/Research Awards program enables applicants to design their own research projects to work with institutions abroad. “I fully intend to come back and say, ‘Okay, here’s what I know’—to give back to URI.

“I want URI to become a leader in the conversation,” Jones said. “And I want other schools in the states to come visit us because this is where it’s happening.”