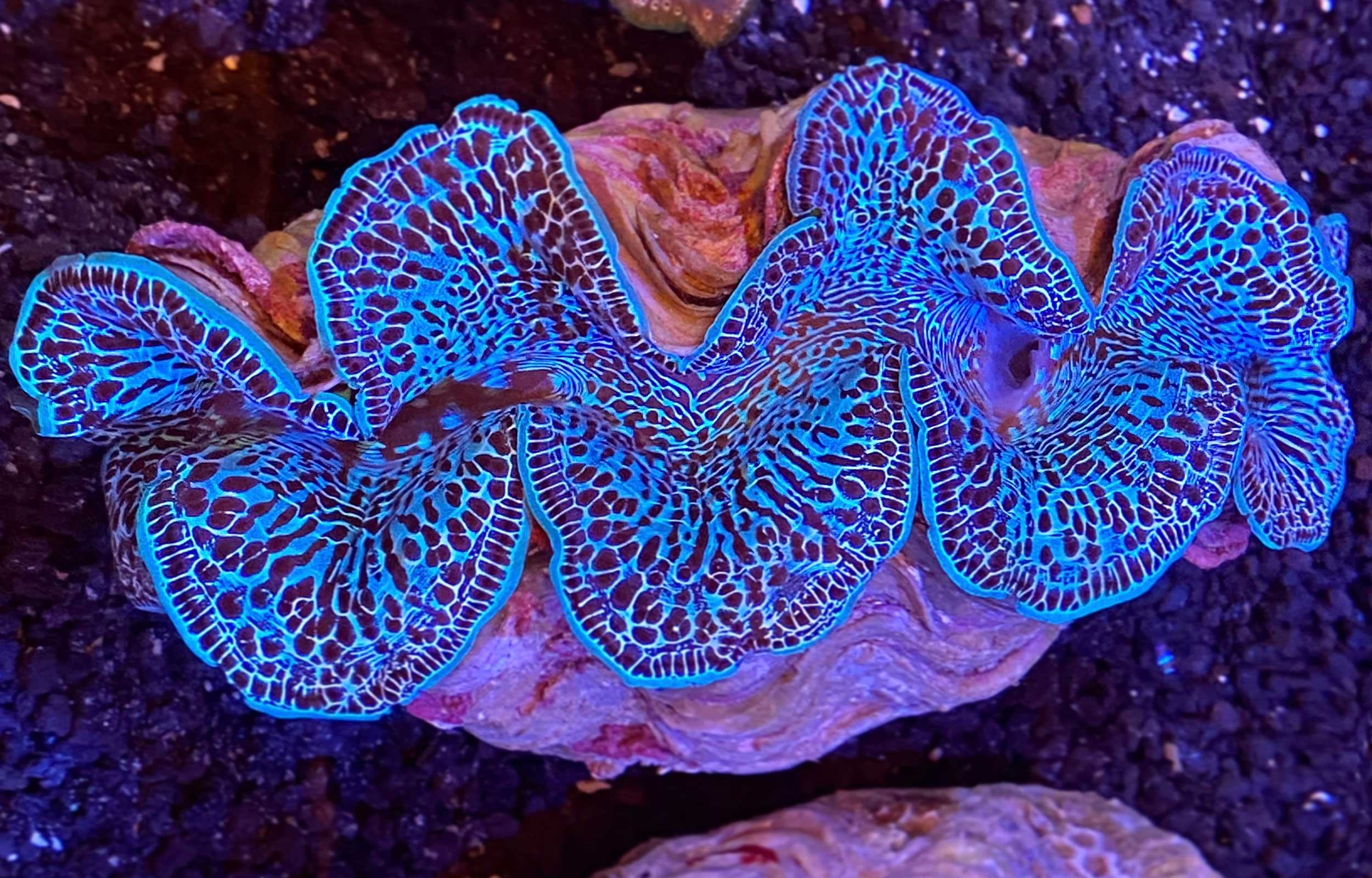 The stunning luminescence of a baby blue maxima clam, a vision of peace during the pandemic, and a look into the eyes of a cecropia moth took top honors in URI’s 2021 Research and Scholarship Photo Contest. The members of the URI community who participated in this year’s contest, now in its fourth year, shared a diverse range of images of the natural world.

See what caught their attention, and take a look at this year’s winning entries and the stories they tell.

The first place photo was taken at Love the Reef in Wilmington, Mass., where Corso works and will conduct an independent study. At Love the Reef, Corso says, “coral and other invertebrates are grown and propagated in life-support tank systems, holding hundreds of gallons of artificial seawater. In the wild, a clam like this one may live for over 200 years. But captive propagation and growth may be the only hope of survival for many integral reef species, including giant clams. By continuing research and development of new sustainable aquaculture methods, we may be able to protect even the most vulnerable creatures.” 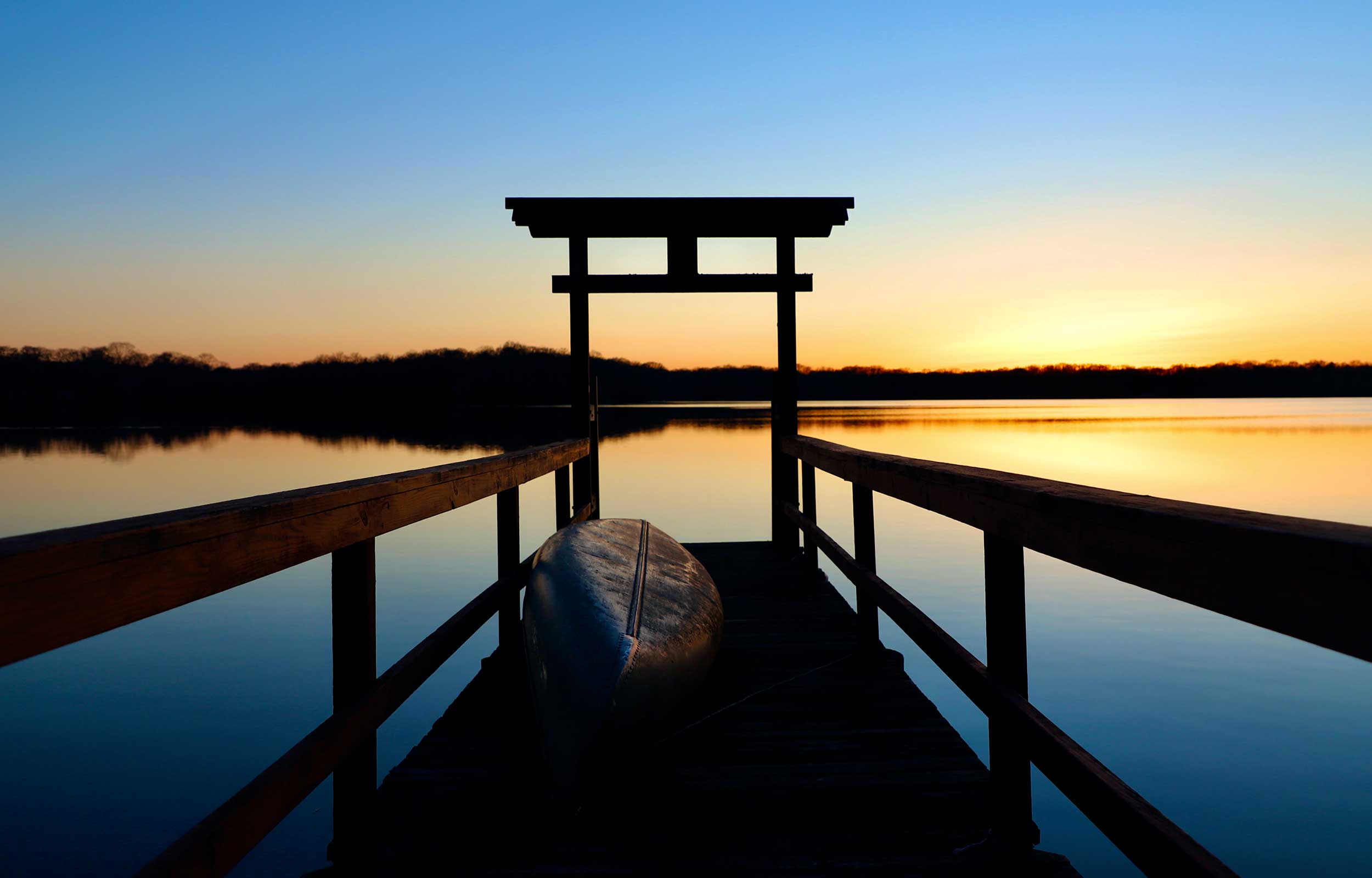 Tendhar, a Level III Kingian nonviolence trainer and former longtime member of the Drepung Loseling Monastery in South India, says that in his role at URI, he teaches peace of mind and the interconnected nature of phenomena. This photo, taken at Indian Lake in Wakefield, Rhode Island, shows how humans can learn, enjoy, and derive a positive impact from nature to feel peaceful and enhance our sense of belonging, realizing that we are all a small part of a bigger universe.”

Third place: “Up Close and Personal with a Cecropia Moth” 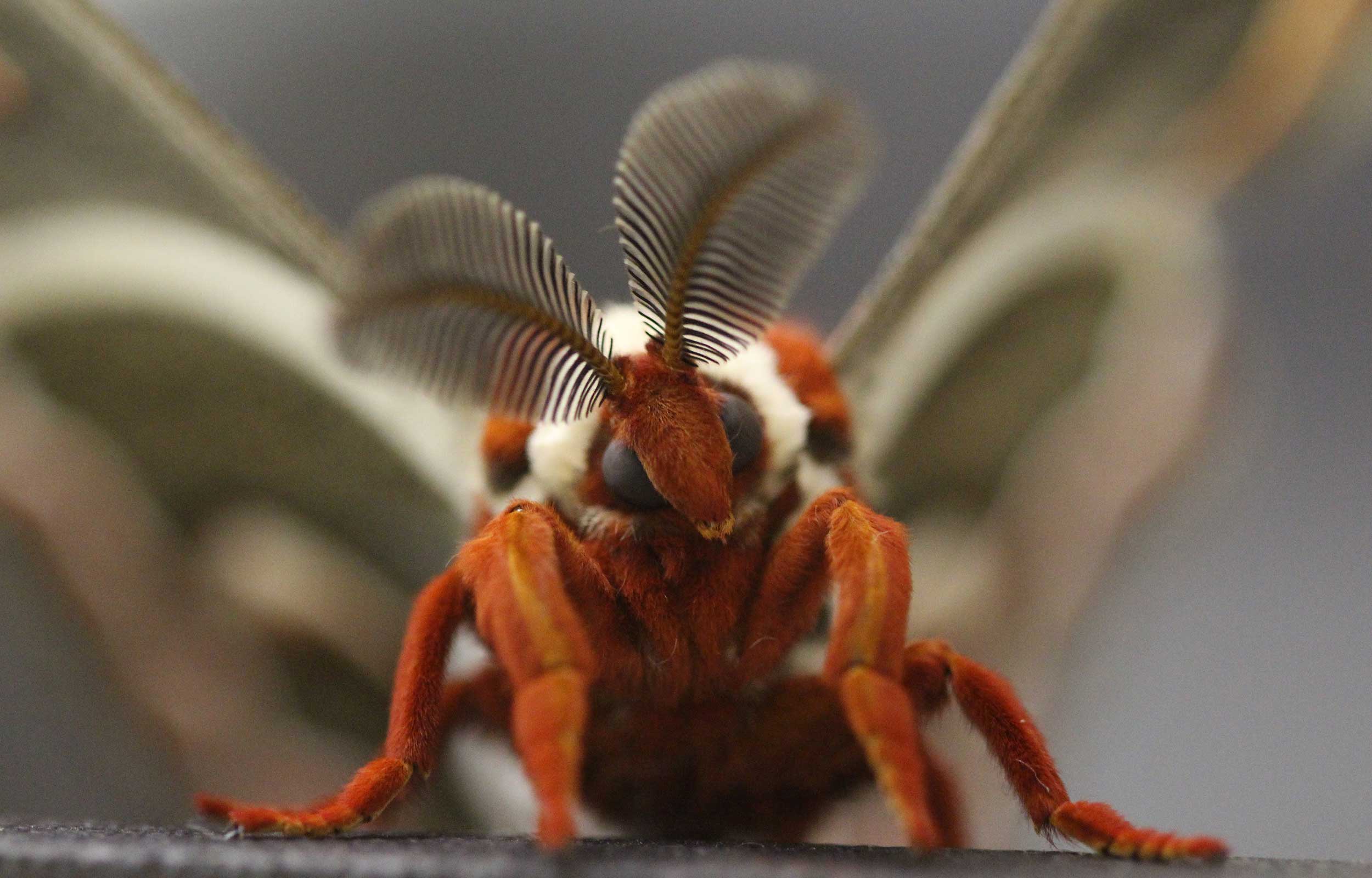 “Up Close and Personal with a Cecropia Moth” by Gillian Mitkowski

Mitkowski, who works as a student lab assistant at URI’s Biocontrol Lab in the URI greenhouses, where this photo was taken says, “The cecropia moth (Hylaphora cecropia) is the largest moth native to North America, with an average wingspan of 5–7 inches! They are very docile, and this guy posed for me for quite some time. Rearing of H. cecropia moths is part of the non-target research done at the URI Biocontrol Lab to assist with USDA spotted lantern fly biological control research.”

Honorable Mention: “Off the Shoulder of Orion” 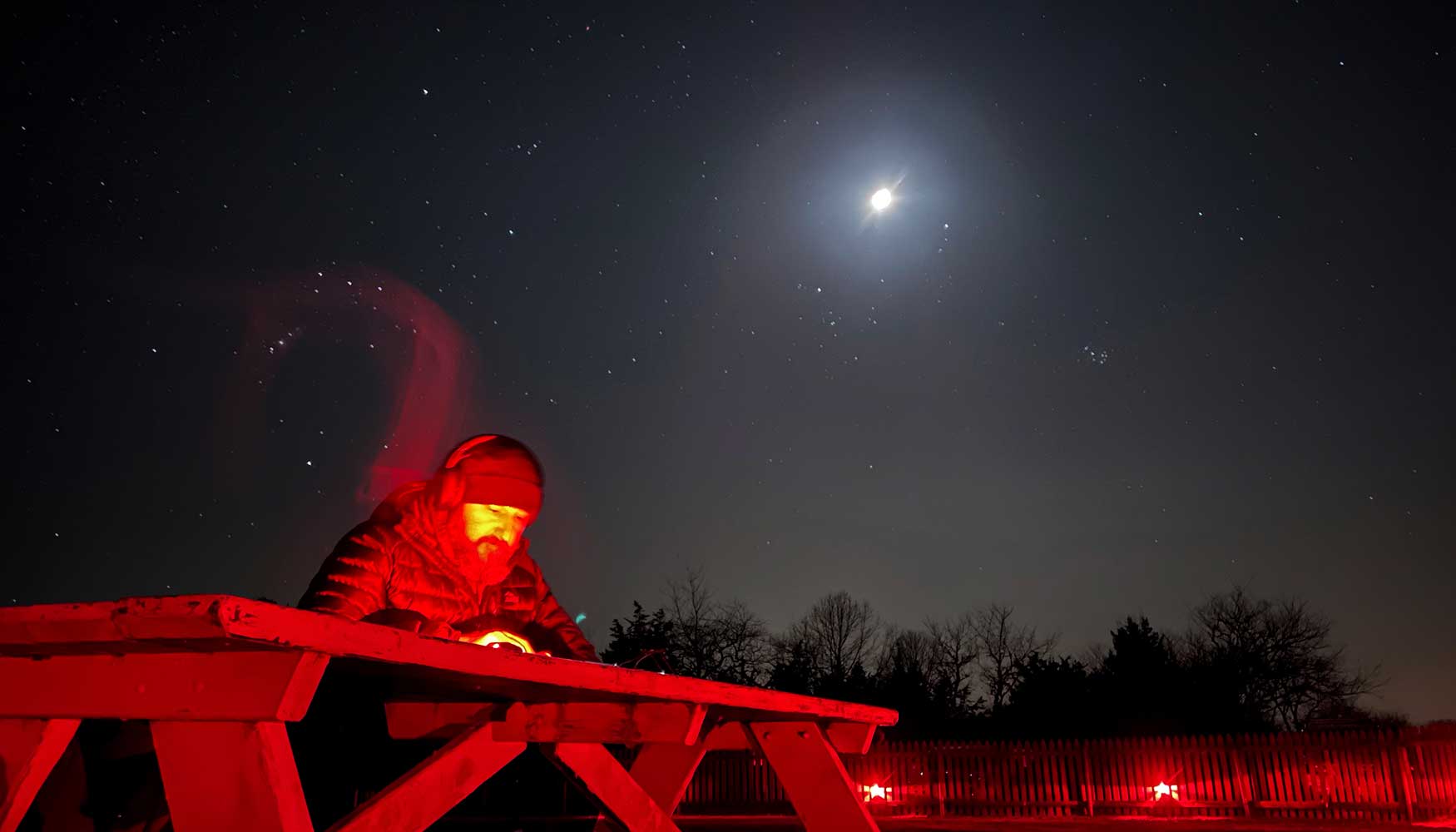 “Off the Shoulder of Orion” by Kevin Gilmore

This photo, taken at the Frosty Drew Observatory and Sky Theater at Ninigret Park in Charlestown, Rhode Island, was part of Gilmore’s preparation and research for a project called “The 79 Moons of Jupiter.” The project is a live, audio-visual installation and performance piece, for which Gilmore and his colleague, Jacob Richman (video and filmmaking instructor) won a URI “Winnie” grant. Gilmore says, “I am seated here operating my synthesizers, the constellation Orion (my 10-year-old son’s name is Orion, too) just off my right shoulder, and the moon in a waxing crescent phase. The wisp of red light artifact from the long exposure intrigues me, and on a personal level, felt symbolic of a father passing along his quest of creative adventures to his son.”

This photo was taken in Arcadia, Rhode Island, during the American woodcock project led by Colby Slezak and Professor Scott McWilliams. Moore says, “While tracking the hens, we found a number of nests, where some made it past the incubation stage to this (hatchling) stage. These three 2-day-old hatchlings are being fitted with radio telemetry transmitters for tracking and monitoring in an effort to better understand how the species uses the area.” 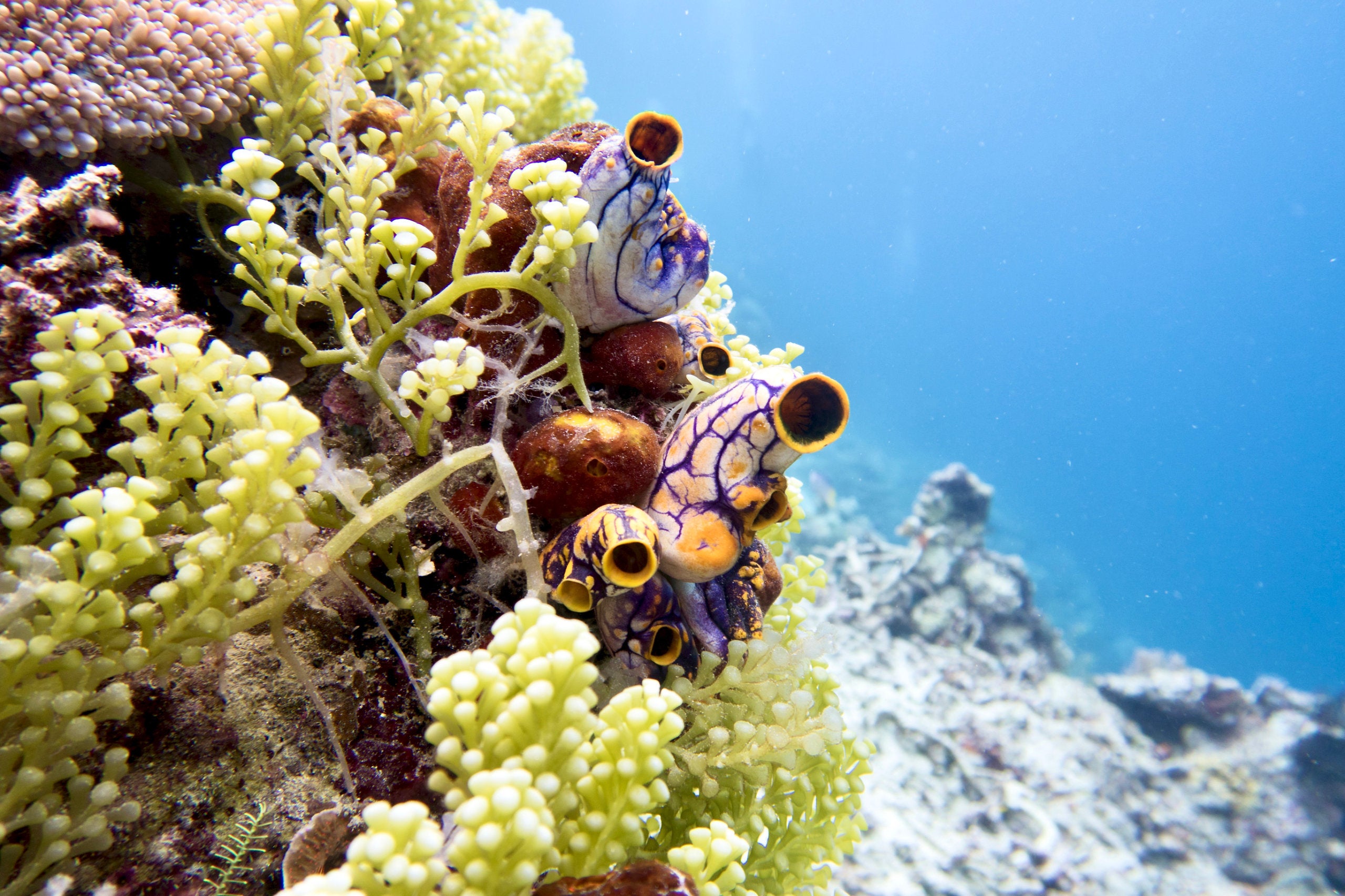 This photo of ink-spot sea squirts (Polycarpa aureate) and see grapes (Caulerpa racemose), was taken on a reef in Misool, Indonesia. Borbee says, “URI’s Lane Lab and Humphries Lab collaborate with the Marine Biodiversity and Biosystematics Lab at Bogor Agricultural University in Indonesia, using environmental DNA (eDNA) to evaluate biodiversity in coral reef ecosystems across Indonesia. The water and sediment around the organisms are full of microbial life, as well as fragments of DNA, from fish and invertebrates that live here or pass through. We capture and sequence that DNA to see the diversity on a reef and begin to look at factors that may influence that diversity.”