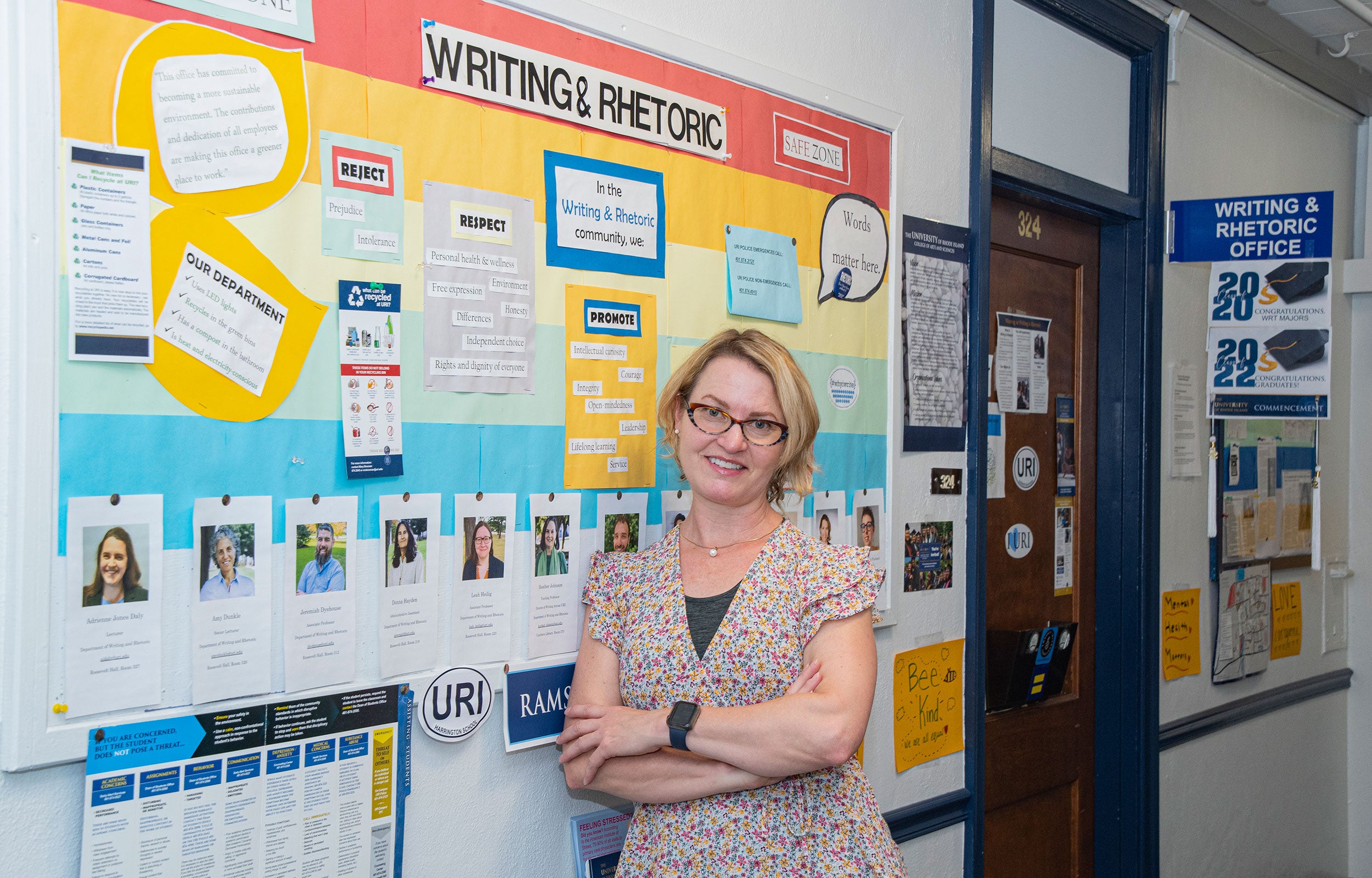 Justin Cole ’22 didn’t want to wait till he graduated to begin his writing career. Turns out, he didn’t have to.

In LuAnne K. Roth’s course Writing with Community Partners, Cole not only gained professional writing experience but also worked for a nonprofit organization of his choosing.

Cole worked with the Providence Street Coalition, community organizers, activists, and businesses with a shared goal of promoting mobility justice, fair and equitable access to public transportation, in Greater Providence. It is one thing to learn skills, but another thing entirely to have the opportunity to apply them, and to do so for good causes,” Cole said. “The connections I have made with local activists and artists have been extremely valuable, both from a professional standpoint and an intellectual one.” 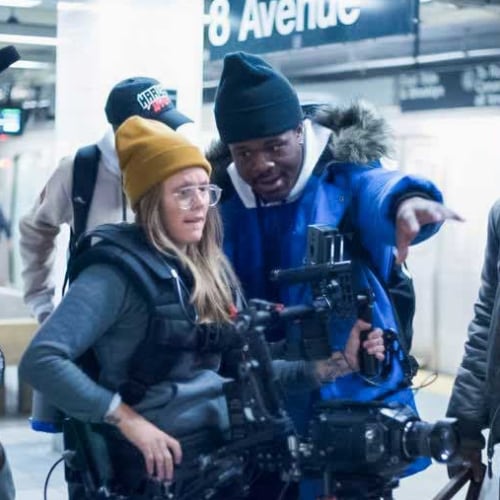 The Harrington School of Communication and Media

Everything revolves around effective communication. And whether you see yourself in the world of multimedia journalism, corporate communications, film production, or digital and social media, the Harrington School will give you the knowledge, skills, and experiences you need to get there.

“Writing with Community Partners pushed me out of my comfort zone, giving me the extra nudge to jump into a cause that I have only ever observed from the sidelines,” Cole said. “Now that I have become involved, I really do not want to stop.”

Writing with Community Partners students have worked with organizations tackling thorny issues such as poverty, immigration, and gun violence. They’ve written letters to isolated senior citizens, created websites for food banks, and written blogs about eliminating food insecurity and waste. They’ve volunteered for federal programs such as Head Start and international organizations of the caliber of the Special Olympics, the world’s largest sports organization for athletes with physical or intellectual challenges, Roth says.

“Students work with a non-profit community organization of their choosing,” Roth says. “They begin with service learning, where they build relationships within an organization, and then they begin to identify writing projects.”

The Harrington School of Communication and Media’s course Writing with Community Partners is a required class for writing and rhetoric majors. Ariel Finkle ’23, a double major in biological sciences and writing and rhetoric, chose to write for Farm Fresh Rhode Island, a Providence-based nonprofit. “I’m passionate about lessening food waste and insecurity, as well as promoting local businesses,” Finkle said. “Both are important due to the Great Resignation and the global climate crisis.”

“When my first profile on Barden Family Orchards was published on the Farm Fresh Rhode Island website, it made me feel proud that the organization was confident in and happy with what I wrote for them.”

Finkle appreciates having the benefit of Roth’s experience both as a scholar and as a professional writer. “Professor Roth has insider knowledge from her experiences in social service,” Finkle says. “This has taught her, and us, too, that it’s crucial for the power dynamic between a volunteer and the nonprofit to be balanced, respectful, and ethical.”

In another course, Writing Culture, Roth, a senior lecturer and writing and rhetoric academic advisor, has students imagine and design a virtual museum exhibit with a social justice theme. They then write the materials necessary to launch and promote the exhibit, which might include a dedication, a speech, and name plates for the art exhibited. “So there’s recurrent themes going on here,” Roth says. “In each of these courses, you are trying to provide students with practical writing experience in addition to teaching them the how of it. You’re getting them thinking about their communities and the issues those communities are facing. And you’re also showing them avenues for publication.

“We teach our students that with their writing skills, they can do anything, work anywhere.”

“The motto of the Writing and Rhetoric Department is ‘Writing that gets things done,’ Roth notes. “We’re about writing that makes things happen and makes an actual difference in the world.

“We teach our students that with their writing skills, they can do anything, work anywhere,” Roth says. “They hone critical thinking skills and communication skills—and they do collaborative work in their writing classes.”

In his role as content creator for the Providence Street Coalition’s Street Stories blog, Cole found that conversations about the seemingly mundane spoke to compelling social issues. What on the surface seemed simple story about a wrecked bike, for instance, became a philosophical discussion about systems of oppression, Cole says.

“The goal of ‘Street Stories’ is to highlight the experiences of Providence residents when it comes to getting around their city, either on foot, by bike, or through public transit. These stories directly inform the work that the Coalition is doing. As content creator, my role is to interview people about their day-to-day Providence streets experience,” Cole says. “I ask relatively broad questions in order to give each person the space to tell their stories in their own words.”

Justin Cole say his experience illustrates the impact of a course such as Writing with Community Partners: he continues to write for the Coalition, though the class is over.

“This class is a major gem for students who are looking to apply their writing skills in the professional world,” Cole says. “You have the freedom to work for organizations making real changes in the community.

“And you will put a body of work together that you will be extremely proud of while also enriching the Rhode Island community.”