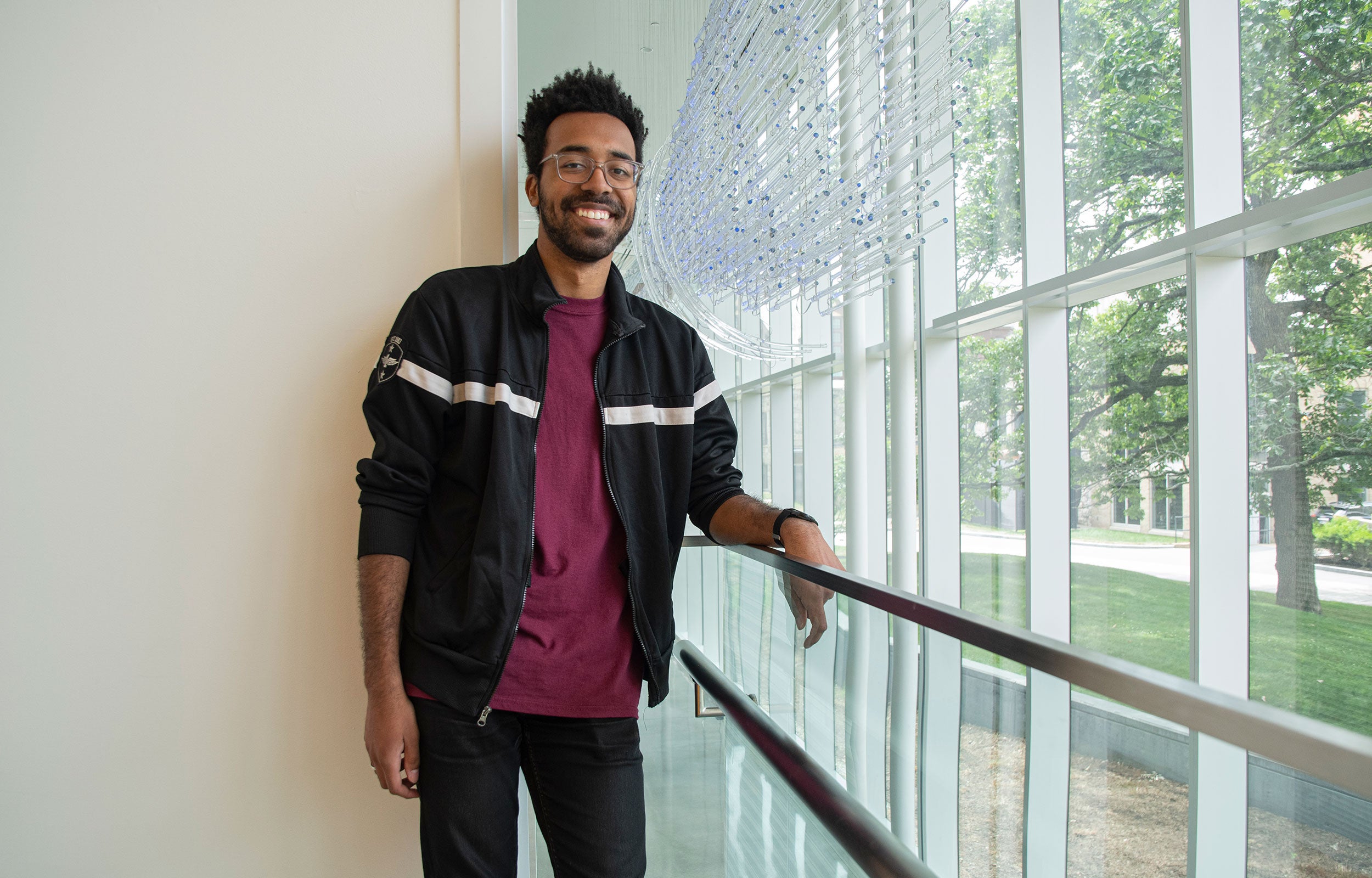 IEP student Kevin Suggs ’23 at URI’s Fascitelli Center for Advanced Engineering. In the fall, he will travel to Japan, where he will complete his final year.
Photo credit: Nora Lewis

As a teenager, Kevin Suggs ’23 was a fan of anime, electronics, and engineering. As a student in URI’s International Engineering Program, he is pursuing his interest in engineering and preparing to study in Japan, the place that produced his favorite literature. 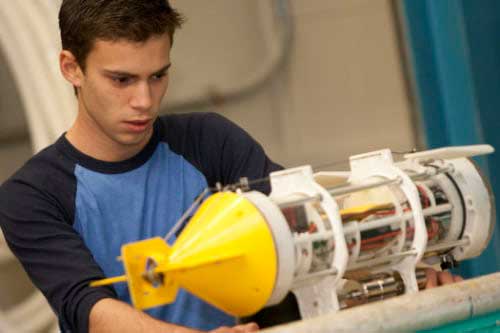 “I knew URI had a strong engineering program and the in-state tuition rate made URI a more feasible option,” said Suggs. “I heard about the International Engineering Program during orientation and when I noticed there was an option for Japanese, I seized the opportunity.”

In September, the fifth-year student will head to Japan to complete the requirements for bachelor’s degrees in computer engineering and Japanese. Suggs will take humanities and language classes at Kyushu University in Fukuoka, Japan. During the spring semester, he’ll conduct research or work as an intern for a Japanese company.

Suggs’ year abroad is financed in part due to a Beatrice S. Demers Foreign Language Fellowship grant and a David L. Boren scholarship, considered the most prestigious study abroad award offered to U.S. college students. Suggs is one of seven URI students to receive a Boren Scholarship this year.

In June, when a Japanese team of engineers was installing a new electron probe microanalyzer in URI’s Shimadzu Engineering Research Core Facility, Suggs was enlisted as an interpreter. Makoto Motoyama was part of that team. Suggs spent two weeks at URI’s Fascitelli Center for Advanced Engineering interpreting for Motoyama and his American counterparts.

URI has become a unique training ground for a new generation of students who are immersing themselves in the study of language and culture with the goal of tackling some of the world’s toughest problems.

“The experience improved my confidence with the Japanese language,” said Suggs. “I pinpointed my strengths and weaknesses with the language, which will help me prepare more effectively for living, studying, and working in Japan.”

Suggs entered URI through the Talent Development program, a special admission program for Rhode Island’s students of color and those from disadvantaged backgrounds.

“Talent Development was a great resource in my college career,” said Suggs. “The program helped me stay on a track to success and helped me financially with grants. I had an advisor I checked in with and he directed me to resources that were useful for my classes and my well-being.”

Suggs isn’t sure where his experience in Japan will take him, but he’s open to the possibilities.

“I would like to work as an engineer in America or Japan,” said Suggs. “What I like most about computer engineering is its versatility. There are many different career paths I could take, such as software, hardware, architecture, and more. I find technology to be very cool and interesting, so I would love to contribute to that in some way.”