Skip to content
The impact of the College of Nursing on the people in Rhode Island and beyond was captured in a series of ads that appeared in print and broadcast media. The print campaign shown here was supported with two radio ads and Web/Facebook placements. The College was also included in the University’s “Think Big” television commercial. Click links/images below for these ads. 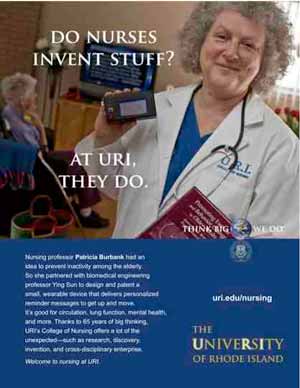 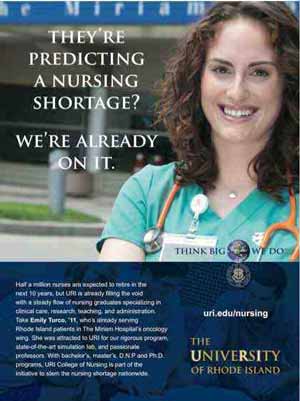 Think Big. We Do.