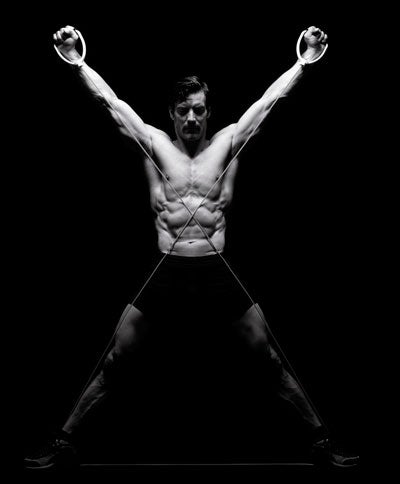 
Fitness guru and creator of the world-famous P90X workout program Tony Horton will return to the University of Rhode Island for a one-night show and community workout in Keaney Gymnasium on Monday, Sept. 19.


Horton, who attended URI from 1976 through the spring of 1980, has established himself as one of the top fitness experts in the world, thanks to his work with Beachbody, the parent company for P90X. The success of the brand, which has made hundreds of millions of dollars, led to Horton working with U.S. Congress and military branches on specialized fitness programs.


In early 2011, Horton released Bring It!, a fitness book that took him on a nationwide promotional tour. Endorsed by celebrities like Ewan McGregor and Marlee Matlin, Bring It! is just the latest successful project for Horton.


“Tony Horton epitomizes the kind of big thinkers we have here at URI, and we are proud to have him come back to the University,” said URI Vice President for Advancement Robert Beagle.


A typical Horton show includes 60 minutes of working out, as well as a speech by Horton and a question-and-answer session. The show in Keaney Gymnasium will be free and open to the public.


“The opportunity to bring Tony Horton back to URI with an interactive event is very exciting for our community,” said URI Vice President for Student Affairs Thomas Dougan. “Tony’s focus on fitness got started right here at URI, and this is a great way to showcase his knowledge and success for our student body.”


“Having Tony Horton return to campus is going to be fantastic, not only for our student-athletes, but the entire campus community,” said Director of Athletics Thorr Bjorn. “What Tony has done professionally since leaving URI is a true inspiration.”


Horton, who studied theater and communications at URI, took a weight lifting course here. The instructor of the class taught at a pace and speed that were conducive to Horton’s learning style, an approach that has greatly influenced his work with P90X.


“I never forgot (the way the course was taught), and it’s why with the P90X, I show each exercise with three different methods, at beginner, intermediate and advanced levels,” Horton said. “If someone is struggling with an exercise, we show them alterations they can make in order to keep pushing themselves. They do what they can, rather than getting frustrated by what they can’t.”