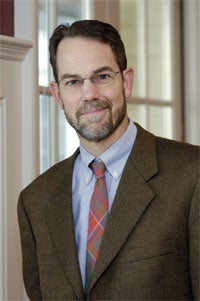 KINGSTON, R.I. — November 28, 2005 — The University of Rhode Island has named Thomas Frisbie-Fulton, of Newport, as the first director of its new Office of Capital Planning and Design. The appointment was made by Robert Weygand, URI’s vice president of administration.


The former director of facilities planning at Ball State University in Muncie, Ind., where he oversaw the completion of more than $200 million in new design and construction, Frisbie-Fulton was chosen following a national search of university architects.


“With our major renovation and expansion projects that continue today and even more extensive construction and campus re-development planned for the next several years, we needed an individual who could address campus design and land use issues as a whole,” said Weygand.


“Tom brings to URI an extensive background in higher education design and architecture and has been active in all phases of campus construction projects. His experience will help facilitate the growth and revitalization underway and on the horizon.”


The Capital Planning and Design office was created last spring as part of the comprehensive strategy to address land use, manage the construction flow for new and existing projects, and overall capital planning at the University. The new office works collectively with the Office of Capital Projects and Office of Facilities Services, and Frisbie-Fulton is working closely with Paul DePace, director of capital projects to effect solutions to short- and long-term facilities needs.


A licensed architect, Frisbie-Fulton had served at Ball State since 1998. Among the major projects he managed there were: a new communications media building and center for media design; new residence and dining halls; and the new football training facility and stadium improvements. Prior to his work at Ball State, he held senior architectural and construction management positions at North Carolina State University, the U.S. Department of State and in the private sector.


A member of the Association of University Architects, Frisbie-Fulton earned his bachelor’s degree in architecture from the University of Oregon in 1975.


New to Rhode Island, Frisbie-Fulton said he is delighted and privileged to be at URI. “The university has always been a vanguard for change and improvement. Our new building projects and renovations will help position the faculty and students to make a great contribution to the state’s future.”


“With over a century of development, this campus has a wonderful mix of handsome New England stone buildings, practical brick buildings and a few eclectic structures. One of my goals is to develop ways to reinforce the landscaping and architecture of the campus to better unify the visual identity of the campus districts,” said Frisbie-Fulton. “Our vision is to have a campus architecture that respects the past, facilitates the present, and anticipates the future.”

Thomas Frisbie-Fulton, of Newport is the new director of the URI Office of Capital Planning and Design. URI News Bureau Photo by Michael Salerno Photography.