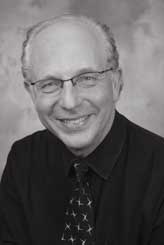 
KINGSTON, R.I. –- December 8, 2006 –- The U.S. Department of Agriculture has named University of Rhode Island Professor Roger LeBrun as the recipient of its 2006 Northeast regional award for excellence in college teaching.


LeBrun, who researches arthropod-borne diseases, has appeared on CNN, Good Morning America and the Today Show, and his work was profiled by the Discovery Channel. The award was presented at a ceremony in Washington, D.C. in November.


The USDA award is designed to focus national attention on the role of teaching in the development of the scientific and professional expertise essential to the future growth and progress of the country’s food and agricultural system.


“This award follows on the heels of the Pasteur, Carnegie and Fulbright awards,” LeBrun said, “so I couldn’t be more pleased.”


A resident of Kingston, LeBrun has taught at URI since 1977 and has been recognized many times for the quality of his teaching and research. In 2000 alone, he was cited for university teaching excellence by the URI Foundation, Rhode Island Governor Lincoln Almond, and the Entomological Society of America. In 2001 he was named Rhode Island Professor of the Year by the Carnegie Institute for the Advancement and Support of Education.


URI students and teachers often cite LeBrun’s energy level as one reason he is such a successful teacher. “I do put a lot of energy into my lectures,” LeBrun said, “but I feed off the energy and vigor of my students. My honors’ students are so passionate about alleviating poverty and infectious disease in developing nations. They’re truly inspirational.”


In addition to his teaching responsibilities, LeBrun is director of graduate programs in the URI College of the Environment and Life Sciences and director of the URI Laboratory for Invertebrate Pathology. His recent research has focused on the diseases transmitted by ticks and mosquitoes, especially Lyme disease, West Nile virus, and eastern equine encephalitis.


In addition to the USDA award, LeBrun was named a Fulbright Senior Specialist in Global Public Health earlier this year, which means that during the next five years any government in need of his expertise can invite him for an extended visit to teach and consult. His first trip will be to Vietnam in 2007 to help physicians there understand how mosquitoes and other insects transmit diseases such as malaria and Japanese encephalitis.


“I can be called any time by any government in the world that has a U.S. embassy, and the countries don’t have to pay a penny for my services,” explained LeBrun, a resident of Kingston. “I’m excited about going to developing nations where the greatest poverty occurs and where people need my expertise the most. This is basically pro bono for global public health. Wealth comes in feelings of the heart.”


LeBrun has intimate knowledge of malaria, a particularly prevalent disease in Vietnam. As a combat medic during the Vietnam War, he treated numerous soldiers with the disease, and he contracted it himself twice, with the second time nearly killing him.


“In Vietnam, the mosquitoes are so abundant that it sometimes seems like you’re wearing a mohair sweater. They just cover your whole body. Then, when you try to shake them off, the whole mass of them fly up and create a cloud around you. They take so much blood from your body that you can become anemic,” he said.


LeBrun earned his bachelor’s degree from Providence College and a master’s and doctorate from Cornell University. He holds three patents, has published more than 50 scientific papers and received research grants totaling $1.5 million.