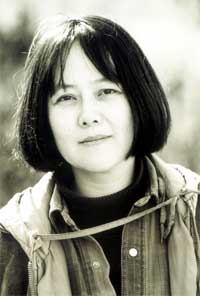 
KINGSTON, R.I.—December 6, 2007—Film director Peng Xiaolian will explore the role of women in contemporary China during a talk at the University of Rhode Island. The talk, free and open to the public, will be held on Dec.11, at 7:30 p.m. in room 271 of the Chafee Social Science Center, 10 Chafee Rd., Kingston.


Her visit is part of the URI Honors Colloquium, China Rising. The semester-long series explores China’s dramatic transformation during the past three decades, a transformation that has returned that country to the leading role it has played throughout most of world history.


Peng began her film career at the Beijing Film Academy. Upon graduation, and a few initial successes in the film industry—Me and My Classmate (1986) and Women’s Story (1989)—she furthered her film studies at New York University. After earning her master’s of fine arts from NYU, she returned to Shanghai in 1996 and has made it her permanent home.


During the last 10 years, Peng has directed many feature films, including Once Upon a Time in Shanghai, which was released in the United States and Shanghai Women, which was highly successful in Japan and was deemed one of the top 10 documentaries there. One of her latest films, Shanghai Story, received four Golden Rooster Awards, China’s equivalent to the Oscars: best picture, director, actress and supporting actor. 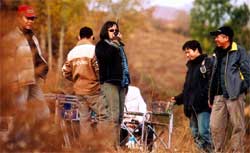 
For further details on the colloquium, including an updated schedule, information on parking, and on how to support the series, go to www.uri.edu/hc or call Deborah Gardiner at 401-874-2381.