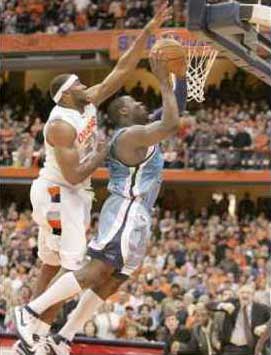 
The Rams are off to their best start in 16 years, winning 10 of their first 11 – including capturing the Glenn Wilkes Classic in Daytona Beach, Fla. and victories at home over Providence and at Syracuse.


Rhode Island is gaining plenty of attention around the country on the two Top 25 national polls, released on Dec. 17. Rhody earned 41 votes on the ESPN/USA Today Coaches poll – good for 26th overall. On the Associated Press poll, the Rams sit in the 28th spot, registering 92 total votes.


After a two-week break due to final examinations, Rhody returns to the Ryan Center on Saturday afternoon (Dec. 22) when it hosts Hofstra at 2 p.m.


“The support that we’ve gotten from Rhody fans – both home and away – has been a large part of the success we’ve had this year,” head coach Jim Baron said. “In my 30 years of coaching, the atmosphere at the Ryan Center when we beat Providence was among the best I’ve ever experienced. All along the way, from Florida, to a very pro-Rhody crowd at Brown, to a very nice patch of Keaney Blue celebrating among all that Orange at the Carrier Dome, our fans have been terrific.”


Baron added: “We really need that kind of support to continue, beginning on Dec. 22 at home against Hofstra and on Jan. 2 versus Fairleigh Dickinson.”


To purchase tickets for all Rhody home games, log onto GoRhody.com and follow the tickets links at the top of the home page.