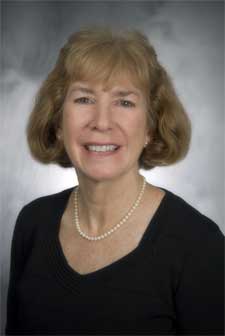 One of only 2 U.S. studies to consider long-term outcomes of premature birth


KINGSTON, R.I. — December 3, 2008 — University of Rhode Island Nursing Professor Mary Sullivan of West Kingston, R.I., has received a $2.4 million grant to continue a unique long-term study tracking the health and well being of premature infants from birth through young adulthood.


Awarded by the National Institutes of Health’s National Institute of Nursing Research, the five-year grant entitled “Risk and Protection in Trajectories of Preterm Infants: Birth to Adulthood,” is the only study of its kind in the U.S. tracking such long-term health and developmental outcomes. The study will examine the impact of pre-maturity, medical history, and environments on achievement and concerns through young adulthood.


Results of their work will provide parents of preemies with guidance about some of the challenges their infants may face as they develop when compared to babies who were born full-term. More than 500,000 infants are born prematurely annually and 50-70 percent will require a range of specialized services. In 2005, costs associated with preterm births in the U. S. were at least $2.2 billion.


“Through this research, we have been learning from these now young men and women and their families about the trouble-spots they have experienced throughout their lives,” said Sullivan who became involved in the original studies in 1990 while earning her doctoral degree. “This unique group has allowed us to see and describe over time the challenges faced and how they were resolved. Ultimately, this may provide guidance to parents of other premature infants and inform professionals such as the physicians, nurses, physical and occupational therapists providing care.


Specifically, the study will examine adult successes and challenges and how medical, developmental and social factors influence the adult outcomes of preterm infant survivors. Understanding these processes with their growth will allow professionals to make early identification of those at risk to most accurately pinpoint the timing and content of interventions needed. Assessments used include biomarkers of blood chemistry, pulmonary function testing, cardiopulmonary response to exercise and metabolic functioning, and HPA (hypothalamic-pituitary-adrenal axis) function by salivary cortisol. The intent is to show whether prematurity impacts health and how early disease onset could be explained by alterations in HPA function.


The University of Rhode Island College of Nursing, founded in 1945, offers accredited programs of study in the Bachelor of Science, Master of Science, and Doctor of Philosophy degrees. Committed to excellence in nursing education, clinical practice, nursing research, and community service, the College prepares nursing students to be effective clinicians and leaders who work to improve the health and health care of the people of Rhode Island and beyond, and contribute to the nursing profession through professional, scholarly, legal, and political activities.


Women & Infants Hospital of Rhode Island, a Care New England hospital, is one of the nation’s leading specialty hospitals for women and newborns. The primary teaching affiliate of The Warren Alpert Medical School of Brown University for obstetrics, gynecology and newborn pediatrics, Women & Infants is the seventh largest obstetrical service in the country with more than 9,000 deliveries per year. In 2003, Brown University and Women & Infants were named a National Center of Excellence in Women’s Health by the U.S. Department of Health and Human Services. Women & Infants has been named one of the best hospitals in gynecology in the 2000, 2001 and 2004 editions of America’s Best Hospitals in U.S. News & World Report.