Skip to content
Weekend of comedy brings stars to campus


KINGSTON, R.I. – Dec. 1, 2010 – Big laughs from two of television’s most recognizable comedians – Nick Cannon and Bill Hader – can be had at bargain prices this weekend, thanks to the University of Rhode Island Student Entertainment Committee. 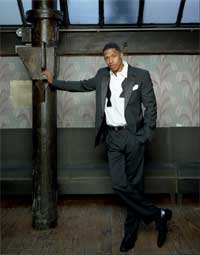 
Cannon has been successful as an actor, comedian and musician. Currently the host of America’s Got Talent, Cannon has starred in several feature films, including Drumline and Bobby. He also produced and hosted MTV’s Nick Cannon Presents Wild N Out, one of the networks most successful shows. 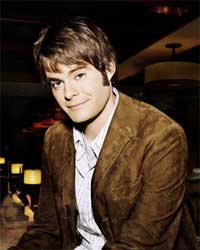 Hader’s show on Sunday will combine comedy with a behind the scenes look at Saturday Night Live, the sketch comedy show he has been a part of since the 2005-06 season. An alum of the legendary comedy club Second City in Los Angeles, Hader is known for his uncanny impressions, including the bombastic Al Pacino, the creepy Vincent Price (hosting macabre holiday specials), and the even creepier Keith Morrison of Dateline NBC. He also has found success on the big screen, co-starring in the mega-comedy Super Bad, as well as Forgetting Sarah Marshall and Pineapple Express.


Tickets for both shows can be purchased at the Memorial Union Box Office, or via Ticketmaster.com. For more information, call the Student Entertainment Committee at 401.874.5290.