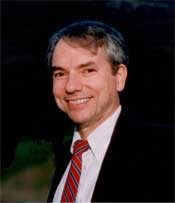 KINGSTON, R.I. – December 7, 2011 – A University of Rhode Island economist has been appointed to the Science Advisory Board of the U.S. Environmental Protection Agency, which provides independent advice on issues underlying the EPA’s policies and decision making.


James Opaluch, a URI professor of environmental economics with wide-ranging expertise on the economics of marine environmental issues, was appointed to a three-year term on the board by EPA Administrator Lisa Jackson.


“I’m quite pleased to have been selected for this appointment,” said Opaluch, a native of Pawtucket who now lives in Wakefield. “EPA leadership seeks the advice of the board for most of the controversial issues that the agency faces, so I’m sure it will be an interesting three years.”


His first assignment will be to serve on a subcommittee to review the EPA’s scientific research budget.


Prior to his appointment to the Science Advisory Board, he served two terms on the EPA’s Environmental Economics Advisory Committee and on the agency’s ad hoc committee studying the dead zone in the Gulf of Mexico.


The EPA Science Advisory Board was established by Congress in 1978, which gave it a broad mandate to advise the agency on technical matters. It’s mission includes reviewing the quality and relevance of the scientific and technical information being used as the basis for agency regulations, reviewing research programs and the technical basis of applied programs, and advising the agency on broad scientific matters in science, technology, social and economic issues.


Opaluch has been described by URI colleagues as “a renaissance man” and “one of the most broadly knowledgeable people on campus” whose “knowledge of ecosystem science and ecological systems is unparalleled.”


Opaluch has also conducted assessments of proposed national environmental regulations, developed a methodology for siting landfills in Rhode Island, and he is presently involved in the state’s process for siting land-based renewable energy facilities. He has served on scientific panels for the National Academy of Science, the National Science Foundation, the United Nations, and the U.S. Minerals Management Service.