Skip to content
KINGSTON, R.I. — November 16, 2012 — With Black Friday and the holiday season around the corner, the University of Rhode Island wants to make sure you know about three sources who can speak with expertise on the areas of holiday shopping and consumer confidence, the impact of the holidays on the workforce, and how to balance holiday stress with home and family life. 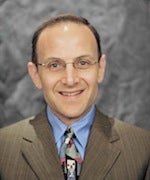 Forecast is for a positive spending season: Professor Sheinin believes it will be a busy holiday shopping season with aggressive discounting by retailers and high consumer confidence.


“Levels of consumer confidence are higher than they’ve been since the onset of the recession and that will help fuel spending,” Sheinin said. “People have obviously cut back over the last four years and we will see more aggressive spending this season.”


Sheinin said shoppers will benefit from high-profile discounts from retailers holding lengthy promotions that will go way beyond Black Friday and well into the end of December. Brick and mortar retailers are revving up their promotional efforts to compete with the ever-increasing popularity of ecommerce and this is marked by stores opening on Thanksgiving this year. Sheinin said the hope is shoppers will come early and spend early, creating a constant flow of consumers that replace the crowds that traditionally flock to early-morning sales on the day following Thanksgiving.

A professor at URI since 2002, Sheinin’s research area is in brand equity and brand management, understanding people’s perceptions of brand names and when brands can be extended into new products and new categories. He was previously at the University of Maryland, College Park.

Working on Thanksgiving – Labor during the Holidays 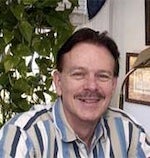 As we hear of more and more retailers opening their doors on Thanksgiving, how does that affect the workers who open and staff those stores? Professor Molloy is an expert on holiday shopping and its impact on labor. Known for his colorful and fiery lectures at URI and before regional civic and labor groups, he was awarded the URI Foundation Teaching Excellence Award in 1995.

A professor at URI since 1986, he is the author of Trolley Wars; Irish Titan, Irish Toilers; and All Aboard. He is founder of the Rhode Island Labor History Society and was a bus driver, shop steward and business agent for the Transit Union from 1973 to 1984.

Work-Life Balance when the Holidays Come Around 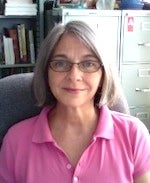 The holidays bring joy for many but they can also stress add stress to family and work life. Professor Mederer is available to discuss the strain families face in the 21st society, especially around the holidays. Her academic interests focus on families, work, and gender, and the intersections of these social institutions.

Mederer has been chair of the URI Work-Life Committee since its inception in 2003, and she has been on the Sociology faculty at URI since 1984.