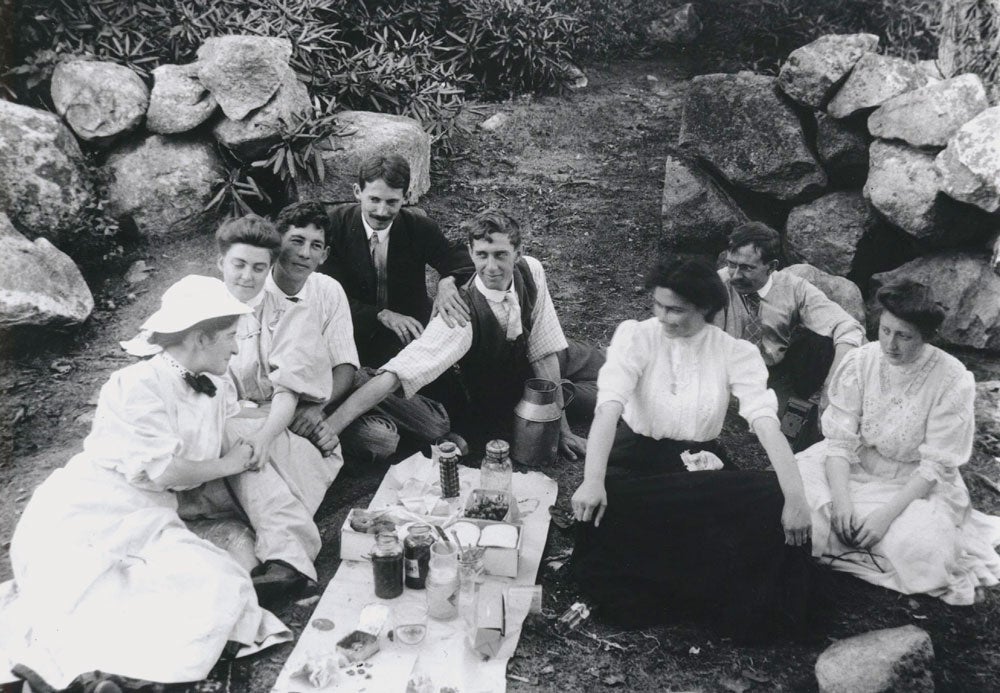 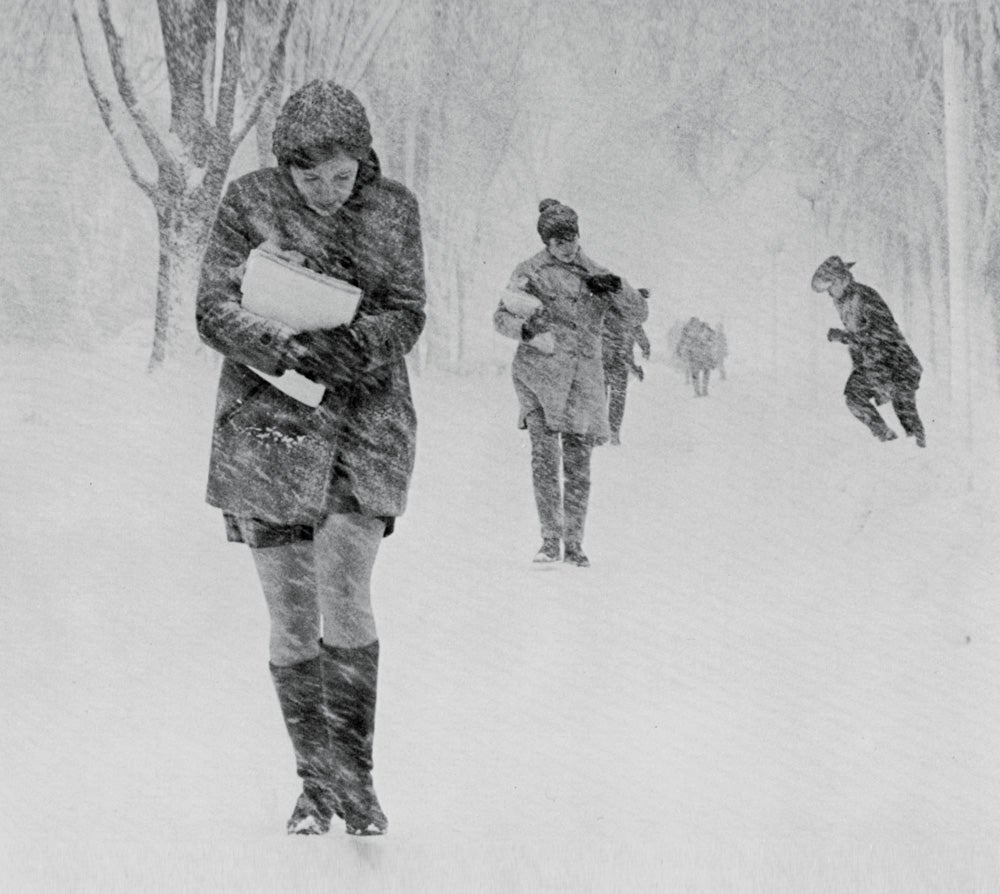 In 1907, when this photo was taken, there were fewer than 100 students at the Rhode Island College of Agriculture and Mechanic Arts. Most of them were engineering students and most were men. President Howard Edwards was the president of the college, and would become the longest serving president of URI, serving from 1906 until his death in 1930.

Theodore Roosevelt was president of the United States, and it would be another decade before women would win the right to vote. In 1907, women, even on picnics, were wearing corsets and high necklines.

If this group hadn’t spent their afternoon at a picnic in a sheep pasture on Worden Pond, perhaps they would have spent a nickel on a movie at a nickelodeon or gathered around a piano to enjoy a new song—if one of them were lucky enough to have bought, borrowed, or made a trade for the sheet music!

Since one of our winning captions refers to Prohibition, we should mention that the era of Prohibition began about a decade after this photo was taken. But whatever was on their picnic food and drink menu, they were clearly enjoying a break from classes in the great outdoors of South County. Your captions captured this spirit of fun, and, as always, it was hard to pick a winner. Thanks to everyone who entered!

Winning Caption
“I do believe I have the longest arm to take the selfie!”
— Dina Potolicchio O’Neil ’89

Honorable Mention
“Clearly still in its experimental form, this is the earliest known photo of a game of Twister.”
— Ricky Hamilton ’88