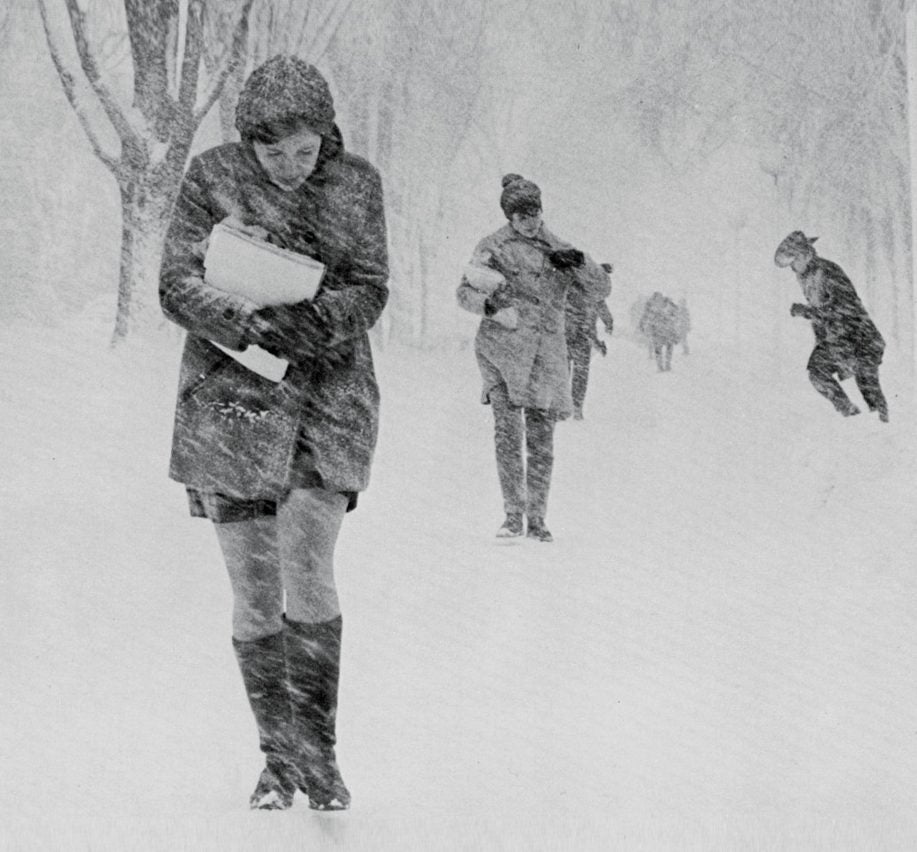 This photo from the 1969 Grist generated lots of caption ideas and notes from alumni who remember that year’s snowy weather. The undated photo was likely taken during the “1969 Nor’easter,” which blanketed Rhode Island with more than a foot of snow in early February of that year. Mike Pilla ’72 wrote to say, “I remember the two back-to-back storms in February 1969 that begot this photo!” 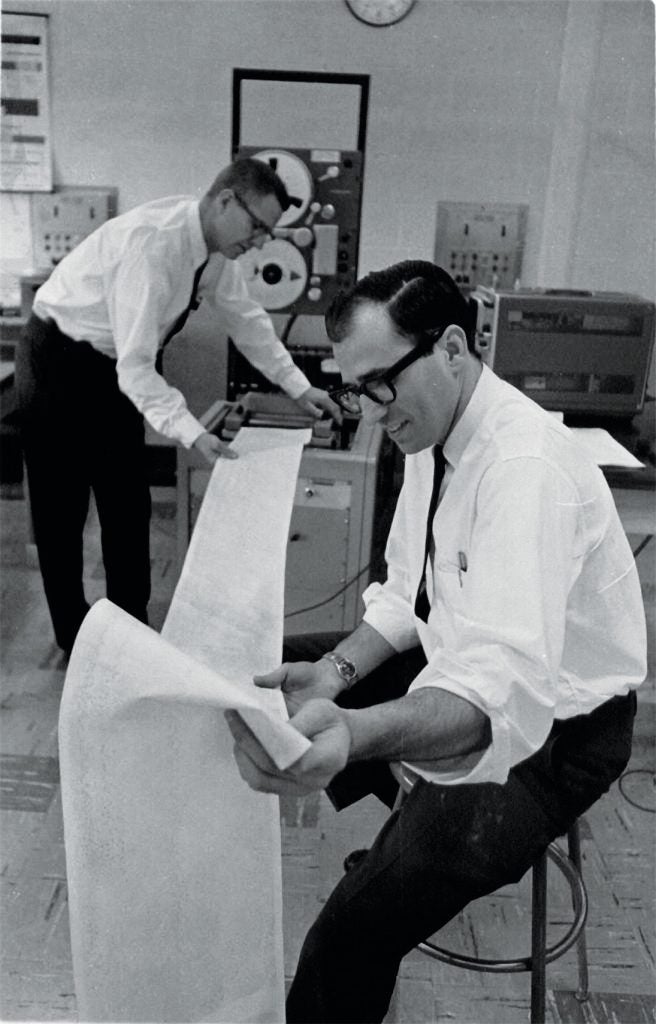 We were surprised and delighted to hear from Jane Owen ’72, who wrote, “OMG! I’m too young to be in a throwback photo. By the way, I’m the girl in the minidress.” Jane recalls: “I was getting out of class and heading toward the Student Union for a cup of hot chocolate. This idiot with a big camera was blocking the walkway in front of the Union. I was thinking of pushing him into a snowbank if he didn’t move out of the way— pedestrian rage.”

Jane continued, “I remember that storm. There was no snow on the ground when it arrived. It went from zero to 10 inches in three hours while my family was attending a Cub Scout Banquet at Wright’s Farm. Needless to say, I missed classes the next day since I couldn’t get back to school that evening.”

We also heard from Cap Frank ’70, M.S. ’73, who said, “It’s fun to think that I was probably walking across campus when this photo was taken, and my mother, who graduated with me in 1970 after returning to URI to complete her degree after leaving during WWII, was perhaps also there, going to class in the snow.”

Another note from Marilyn Bator Goktuna ’68 said, “This photo reminded me that it was sometimes challenging to make those Saturday morning classes. My grown children were so surprised to hear that I had Saturday classes way back when! Thanks for the memories!”

We received lots of captions that were variations on the “No school Foster-Glocester” theme, the “Wish I’d gone to school in Florida/Hawaii/California” theme, and the “Wish I hadn’t worn a miniskirt today” theme. Hopefully, by the time you’re reading this in the spring issue of the magazine, snow will not be in the forecast. Thank you, readers, for all your fun, creative, nostalgic captions!

“I’m freezing, I’m late for class, and I’m pretty sure the Marlboro Man is following me.”